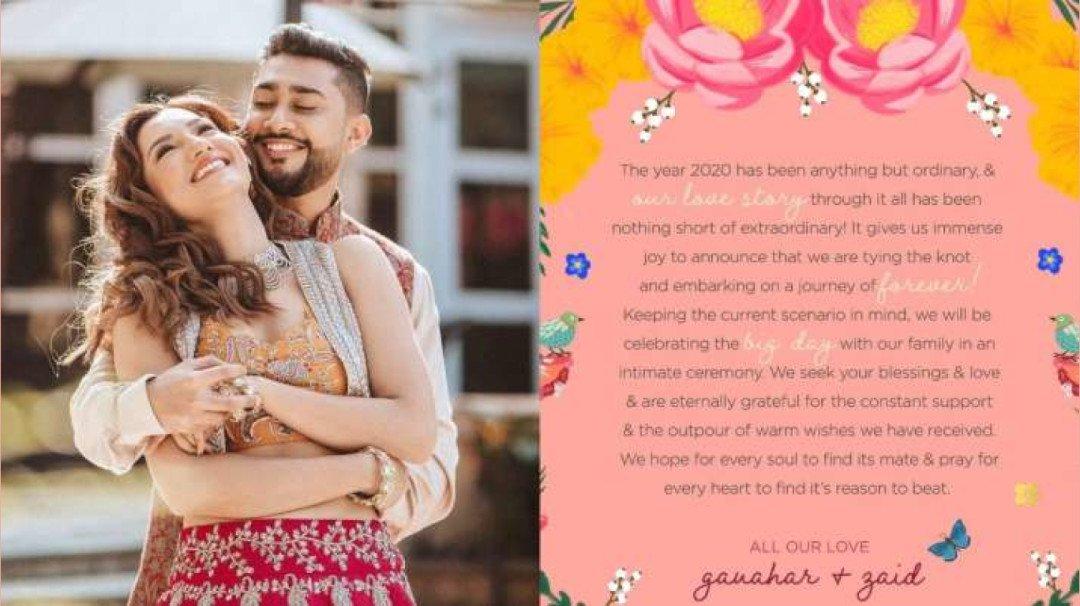 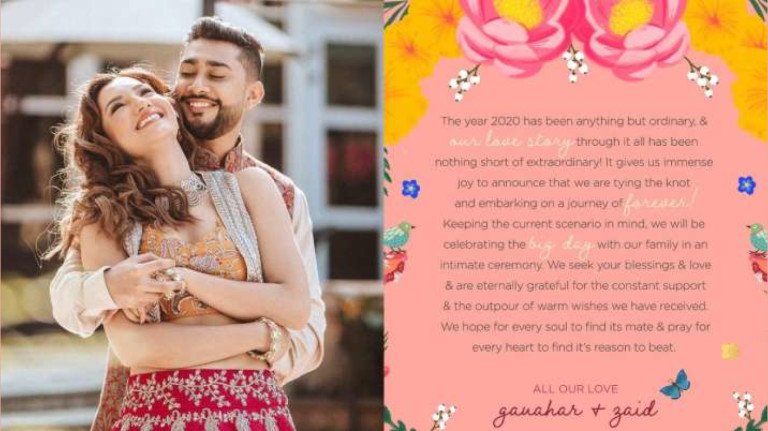 Gauahar Khan has been in the news lately for her relationship with Zaid Darbar. After remaining tight-lipped for months, the couple announced their engagement last month. Zaid and Gauahar have created a good fanbase for their pairing on social media. However, ever since the couple got engaged, they are seen indulging in a lot of PDA.

Here is all you need to know about the happening couple:

Who is Zaid Darbar?

Zaid Darbar is Bollywood composer Ismail Darbar’s son. He is a dancer and choreographer and a social media influencer with more than 400k followers on Instagram. He has been popular on the TikTok app before it was banned in India. His younger brother Awez Darbar is also an influencer and had a sizeable fan base on TikTok. Awez is also a choreographer. They own a dance academy in Mumbai. He has two sisters, Moonzarin Darbar and Anam Darbar (a social media influencer). He has a stepbrother Imaan, from his father’s second marriage.

Who is Gauahar Khan?

Actor and Model Gauahar Khan has been a part of many films like Rocket Singh: Salesman of the Year, Ishaqzaade, Fever and Begum Jaan. She also participated in the third season of dance-based reality show Jhalak Dikhhla Jaa. Khan garnered all the fame after she became the winner of Bigg Boss 7 and was recently seen as a senior contestant in Bigg Boss 14. Khan is one of five siblings in her family. She is the youngest of five siblings and the sister of actress Nigaar Khan. Nigaar and Gauahar were also a part of a reality show called “Khan Sisters” that aired on UTV Bindass and was said to be on the lines of “Keeping Up With The Kardashians”

How did Gauahar and Zaid meet?

Gauahar Khan and Zaid Darbar met during a TikTok collaboration video. They soon became really close friends and started dating earlier this year. While the couple was silent about their relationship, their social media posts hinted otherwise.

The age gap between the two has been making headlines ever since the reports of their romantic relationship came forth. Though many media reports suggest that he is 12 years younger to Gauahar, the actress has claimed that she is only seven years elder to him and the age gap doesn’t bother them.

Are Gauahar and Zaid engaged?

On November 5, both Gauahar and Zaid made it publicly official on their Instagram accounts. Announcing their engagement on social media, both Zaid and Khan shared pictures where they are looking at each other affectionately in the photo. Gauahar is seen holding a heart-shaped balloon with “She said yes” written on it. However, Zaid Darbar had proposed Gauahar Khan in July this year.

When are Gauahar and Zaid getting married?

It a Christmas wedding for Gauahar and Zaid! The couple has finally confirmed that they will be tying the knot on Christmas, December 25. Taking to their Instagram, Gauahar and Zaid shared a lovely post from their pre-wedding photoshoot and shared that the wedding will be an intimate affair due to the pandemic and they are looking forward to spending their lives with each other.

What is the venue of Gauahar and Zaid’s wedding?

The marriage venue is ITC Maratha in Mumbai before which the couple flew down to Pune for a royal pre-wedding photoshoot.

Who was Gauhar dating?

Prior to her engagement with Zaid Darbar, Gauhar has been rumoured to be dating many suitors. The most notable of the relationship that Gauhar had was with Kushal Tandon. In Bigg Boss 7, Gauahar Khan had fallen in love with co-contestant Kushal Tandon. Their dramatic relationship had made the headlines back then. Although their relationship didn’t last long, the two remain good friends to date. Tandon congratulated her on her upcoming wedding and said he was happy for her. Apart from that, rumours were riff that Khan was dating the celebrity choreographer Melvin Louis.

Was Zaid Darbar linked to anyone before?

Earlier, he was rumoured to be in a relationship with Aliya Hamidi Aliyas, who is a Dubai based model.