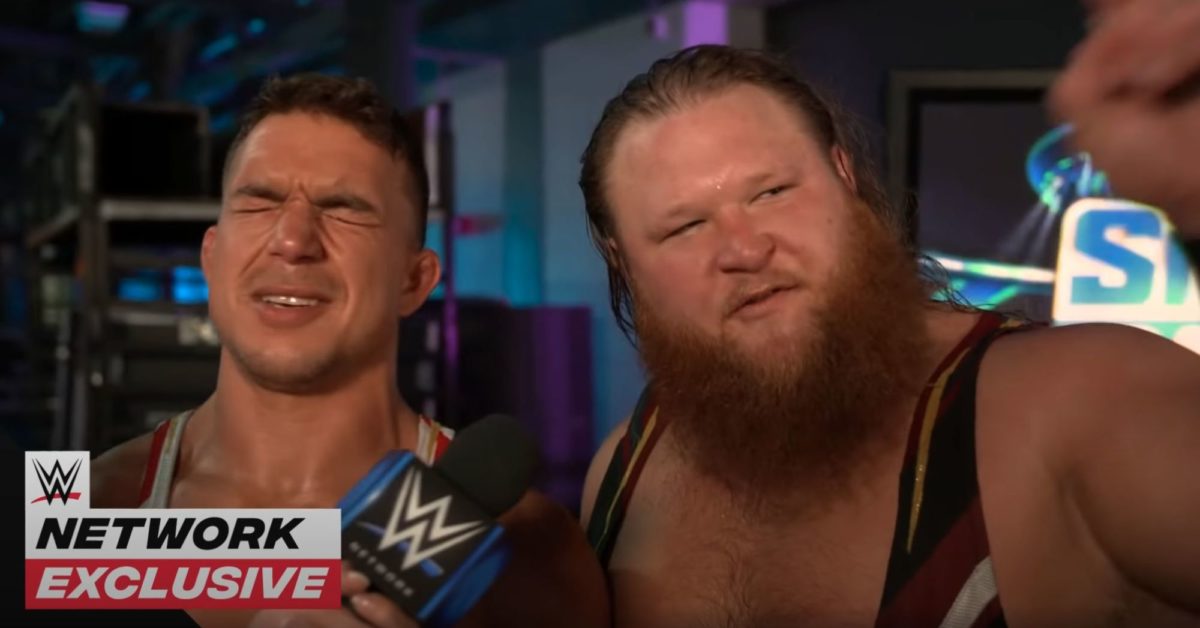 WWE superstars Shorty G and Otis, otherwise known as Alpha Academy have momentum from a victory on WWE Smackdown last night heading into next week’s Fatal Four-Way match for the Smackdown Tag Team Championships, but the real pleasure for WWE viewers comes from watching these two work. In a backstage interview following their match on Smackdown last night, Shorty G put into words exactly why it’s so titillating to watch him and Otis in the ring: they are “two men peaking at the same time, hard.” And Otis pointed out: “we’re coming.”

Here’s what Alpha Academy had to say during this very sexy interview:

Otis: That win was for the Academy.

Shorty G: Does it give us an advantage? It gives us momentum. Naturally, that leads to an advantage, but that’s not what did it. Do you have any idea, okay, how much time and effort I put in to periodize our training to get us to this point? What you’re witnessing right now is two men peaking at the same time.

Shorty G: And when we peak, we peak hard.

Otis and Shorty G: …for the Academy!

Well, we’re sold. How exactly is it this match isn’t on the main card of WrestleMania again?!

Alpha Academy will compete in a fatal four-way match for the Smackdown Tag Team Championships on next week’s special WrestleMania edition of WWE Smackdown. The other three teams will be Rey and Dominik Mysterio, The Street Profits, and champions The Dirty Dogs. WrestleMania takes place on April 10th and 11th. Watch the video interview below: