ALTBalaji breaks the shackles of societal conditioning around same-sex love story through shows like The Married Woman and His Storyy! 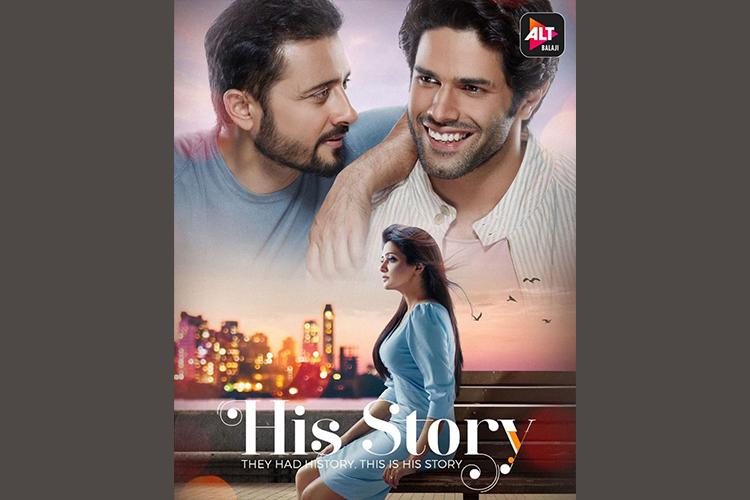 ALTBalaji is constantly upping its content game from one show to the next. Normalizing same-sex relationships and giving people of all genders and sexualities the acceptance they need in society seems to be the ultimate goal of OTT giant ALTBalaji. These love stories happen to be some of the most beautiful love stories of the time and place.

The Married Woman, adapted from Manju Kapur’s novel ‘A Married Woman’ was acclaimed worldwide for its unique story, the acting, and everything in between. The Love and appreciation the show received and is still receiving even weeks after its launch is a sure sign that the world is progressing towards a better tomorrow for people of all castes, communities, and sexualities. The over 50 million views it garnered all over social media and the kind of reception it receives across the media world prove that fact.

Following The Married Woman’s seemingly untouchable success, ALTBalaji is all set for the launch of His Storyy, making their support evident for the LGBTQ+ community. Vowing to do everything in their power to normalize, gain acceptance, and remove the associated taboos for all kinds of Love and relationships.

The content czarina Ekta Kapoor recently posted on her Instagram account with the caption, “This is for everyone who has been asking me why we are releasing two same-gender love stories in two months. To them, I would like to say that we do millions of opposite-sex love stories & no one asks that. That’s how marginalized and lowly represented stories of the LGBT community are.

Acceptance for all kinds of Love and ALTernate storytelling is what we, at ALTBalaji, wish to showcase with our stories! Our recent launch, The Married Woman, has been loved and appreciated by all! We’re humbled with the response of the audience and critics alike to our same-gender love story! Here’s hoping our next show, #HisStoryy also makes a place in your hearts and helps people out there who are scared to be true to themselves. We hope you will give as much Love to Kunal & Preet as you gave to Astha & Peeplika. Staying closeted could be claustrophobic. In a world where accepting one’s sexuality and gender choice is a constant struggle, let’s normalize these love stories one step at a time.

Thank you, India, for giving us this support and acceptance in this alternative storytelling space.

Do not miss the urban relationship drama of the year, His Storyy, arriving shortly on ALTBalaji.

From Jeetu Bhaiya to Coach Rana, Gurus from Digital Shows who deserve Applause this...