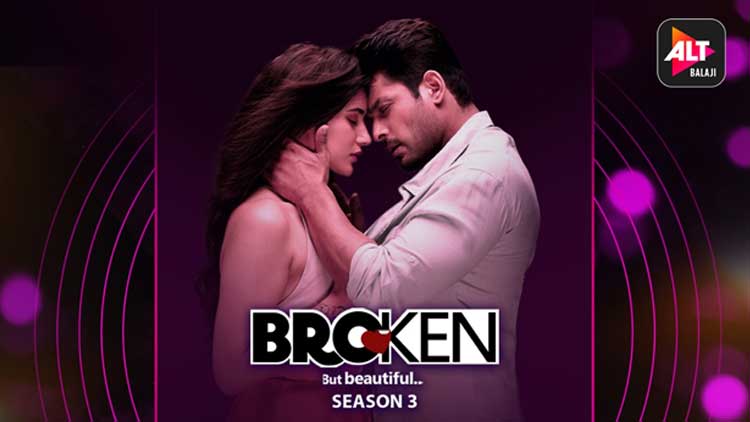 Staying true to the essence of their exciting and engaging narratives, ALTBalaji is often credited for their unique promotional activities for their web shows. The digital platform’s latest web-series Broken But Beautiful 3 has broken all the records in the recent past for making headlines and creating waves amongst all sections of society in the country.

RELATED:  ALTBalaji launches the #ALTBINGEATHON campaign to celebrate the monsoons!

With the new features being available on Amazon Alexa, all one needs to do is say the magic words “Alexa, Open BROKEN BUT BEAUTIFUL 3” and can be lost under the spell of the beautiful show’s dialogues, and beautiful songs.

With a mixture of impactful dialogues, crisp screenplay, powerful performances by an ensemble of talented actors, the third season has been breaking the internet. TV heartthrob Sidharth Shukla makes his digital debut with the talented debutant Sonia Rathee as Agastya Rao and Rumi Desai respectively showcase sizzling chemistry.

The broken But Beautiful franchise is a favorite with viewers because it takes them on a relatable journey of love, longing, and heartbreak. It is the love story of Agastya & Rumi. Agastya, an aspiring director, falls in love with Rumi Desai, his muse. Apart from the story, the soulful compositions by Vishal Mishra (Teri Hogayiaan), Amaal Mallik (Kya Kiya hai tune), Akhil Sachdeva (Mere liye and Tere Naal), and Sandeep Patil (Hua Javaan) have touched the hearts of the fans.

Connecting more digital platform users to this marvellous show, ALTBalaji, India’s leading home-grown OTT platform, has collaborated with Amazon Alexa where the users can access the Broken But Beautiful 3 trailer, dialogues, songs and many other creative one-liners of Agastya & Rumi.

Amazon India is working with collaborators to expand Alexa’s India-focused skills, and ALTBalaji is very proud to be one of the early adopters to get on to the platform. The command to start watching the show plays the show for the audience, giving them an overview of the show and what can be expected. It also gives viewers access to the trailer, the soundtrack, and the amazing dialogues of the show.

Divya Dixit, SVP – Marketing and Revenue at ALTBalaji, said, “Broken But Beautiful has been the most successful franchise of ALTBalaji and it has been receiving immense love from the audience. Expanding the horizons to a larger audience we have tied up with Amazon Alexa to reach out to larger global audiences.

The show has broken all the records in the history of ALTBalaji and it seems as if it will continue to be one of the top trendings shows this year.”

Building on the legacy of creating iconic shows, ALTBalaji’s exclusive content library has built a library of over 83 Originals like ‘Broken But Beautiful 3’, ‘His Storyy’, ‘The Married Woman’, ‘Apharan 2,’ ‘Mai Hero Boll Raha Hu’, Bicchoo Ka Khel among others. Making it one of the largest content banks in the world, which continues to be lauded by audiences everywhere.