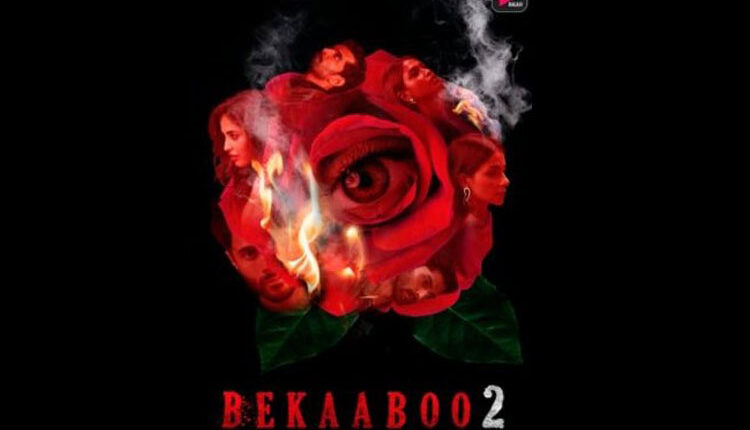 ALTBalaji’s most anticipated show, Bekaaboo 2, has been drawing attention for all the right reasons with the cliff-hangers that left the audience asking for a season 2. The excited fans were finally gratified to post the launch after what seemed like a never-ending wait since season 1 left things at a cliff-hanger. The intriguing storyline which serves its purpose of providing enough and more thrill at the end of every episode, and the effortless dialogues and brilliant direction makes Bekaaboo 2, a must-watch psycho-thriller.

The psycho-thriller brings the characters in a different light with all different personal agendas. The fantastic director behind the scenes, Aarambh M Singh, with his camaraderie and rapport with his actors, pushed everyone to perform to the best of their abilities. The result, the psycho-thriller, Bekaaboo 2, is just mind-blowing.

A one-of-a-kind psycho-thriller about the authors against each other pitted for revenge, ‘Bekaaboo 2’ stars Subha Rajput, Taher Shabbir, and Priya Banerjee in pivotal roles with a brilliant star cast including Taha Shah Badussha, Poulomi Das, Smaran Sahu, Tusharr Khanna, amongst many others. The show reached a notch higher with a whooping 20 MN+ views, which shows how the audiences have enjoyed watching the scintillating second instalment of the series. The dancers, the stunts, the action, the twists all make for a spectacular series, one that will be hard to top in the time to come.

The show follows authors all locking horns with each other for the throne of the bestselling author. They indulge in all kinds of malpractices to make sure their greed is satisfied. In the process, everything else is just collateral damage to them. The USP of the show is that it’s a cliff-hanger at the end of every episode.

It’s time to binge-watch all 10 episodes of Bekaaboo 2 streaming on ALTBalaji now!