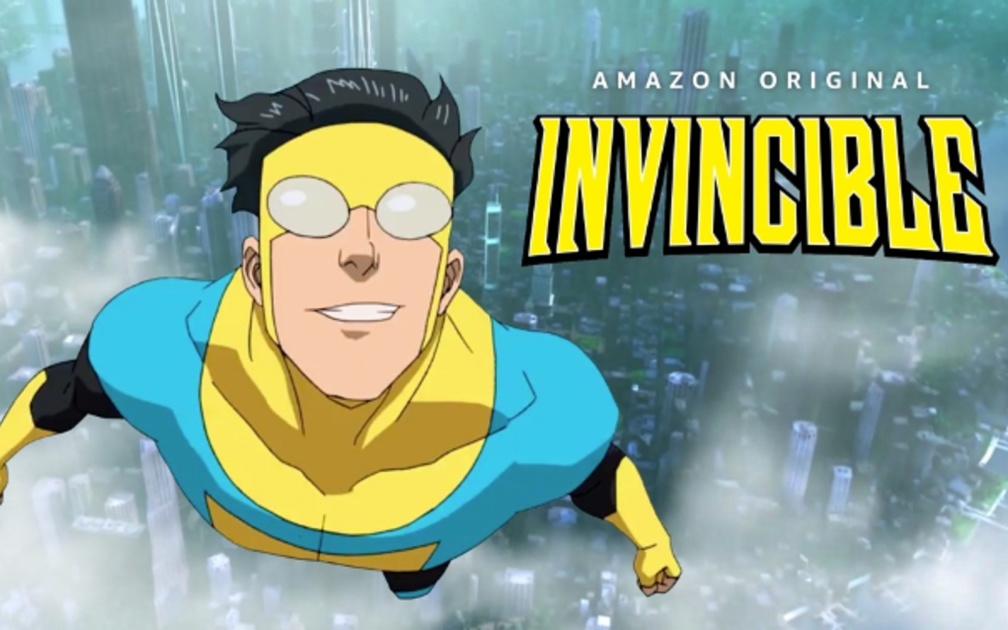 Amazon has shared the first trailer for Invincible. The upcoming adult animated series sees The Walking Dead’s Robert Kirkman and Steven Yeun reunite for another project. This time around, Yeun stars as 17-year-old Mark Grayson, who struggles to come to terms with his identity as a superhero.

Based on the dialogue that’s on display in the first-look clip Amazon shared, you might pass off Invincible as a straightforward origin tale. But there’s a reason Invincible is Kirkman’s second longest comic book series after The Walking Dead. There’s more going on than the initial clip suggests and Grayson’s father, Omni-Man (voiced by J.K. Simmons), isn’t your average dad.