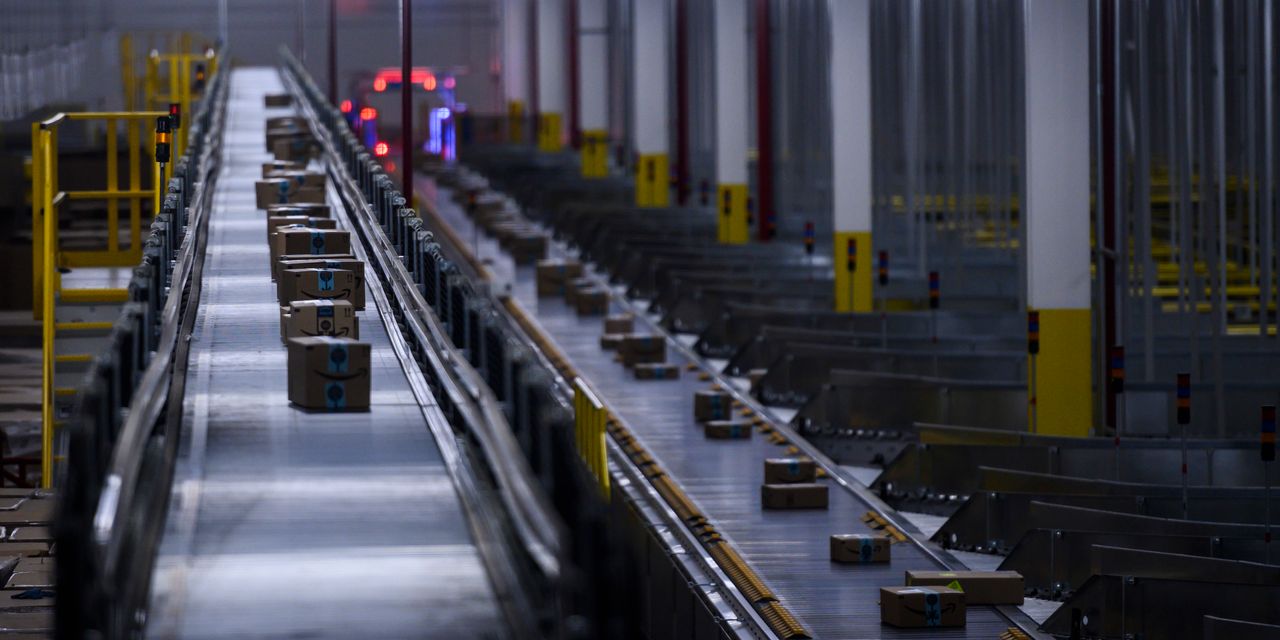 com has been a huge beneficiary of the pandemic-driven acceleration of both online shopping and the shift to cloud computing. That was clear when the company announced September quarter financial results, featured revenues of $96.1 billion, up 37% from a year ago. The list of companies generating sales at better than $1 billion a day and growing at that astounding rate is extremely small.

Barron’s believes there is only one.

On Tuesday, Amazon (ticker: AMZN) will report results for the December quarter. Management has projected revenue in the $112 billion to $121 billion range, which would be up 28% to 29% from a year earlier. It is worth noting that the company has reported more revenue than it told investors to expect for the past four quarters running.

Amazon projects operating income in the $1 billion to $4.5 billion range, a number depressed by expectations of continued heavy spending for costs related to the pandemic. Of course, Amazon has beaten its operating-income guidance nine out of the past 10 quarters. The Wall Street consensus calls are for $4.4 billion in operating income and $7.19 in per-share earnings.

For the March quarter, the Street is projecting sales of $95.5 billion,  with operating income of $5.9 billion, and profits of $9.03 a share.

Investors will be following several key elements of the quarterly performance and guidance. One, they will be listening for expectations on further spending on Covid-related costs—any ebbing on that front could boost margins into 2021. Two, we’ll get a full read on how the holiday season went for the company’s core e-commerce business.

And three, there will be scrutiny of how growth at Amazon Web Services looks compared with the 50% growth rate reported a few days ago by

(MSFT) for its Azure cloud business. Note that unlike Microsoft, Amazon actually breaks out revenue at AWS. The Street consensus is for $12.8 billion, which puts the company on target for annualized revenue of $50 billion. As an aside, I would point out that if you valued AWS at the same multiple of sales as the cloud-computing darling Snowflake (SNOW), it would be worth about $6.6 trillion alone.

BofA Global Research analyst Justin Post this week reiterated his Buy rating and $4,000 target price on Amazon shares. He is looking for a “slight” fourth-quarter beat, and he sees some potential upside to Street consensus estimates on March quarter revenues . Expectations for profits, though, could be too high as the company continues to invest aggressively in its fulfillment network. He thinks that given the company’s diversified revenue streams, it should do better than other e-commerce players as the economy reopens.

“We believe Amazon is uniquely positioned to exit this crisis as one of the world’s biggest beneficiaries of accelerated digital transformation (both consumer and enterprise),” he wrote. “Bucking historical trends, we expect growth at Amazon’s North America and International segments to outpace AWS for the third consecutive quarter. This crisis has ushered in surging ecommerce activity, resulting in the reversal of a multiyear trend of AWS consistently delivering the fastest revenue growth rate of the three business segments.”

J.P. Morgan analyst
Doug Anmuth
this week reiterated his Overweight rating on Amazon shares, raising his target price to $4,155, from $4,100. He thinks the company will beat guidance for both revenue and operating income. “We remain bullish on Amazon, with strong e-commerce and public cloud trends continuing to date and Amazon well positioned as the clear leader in both,” he wrote.

Wedbush analyst Michael Pachter reiterated his Outperform rating and $3,900 target on Amazon shares. “We expect consolidated revenue and operating income to exceed the high ends of Amazon’s guidance ranges, driven by ecommerce share gains over the holidays,” he said in a research note. He also sees potential for a beat at the bottom line, due to lower-than-expected Covid-related costs.

Amazon's Earnings Are Coming. Count on More Than What's Expected.