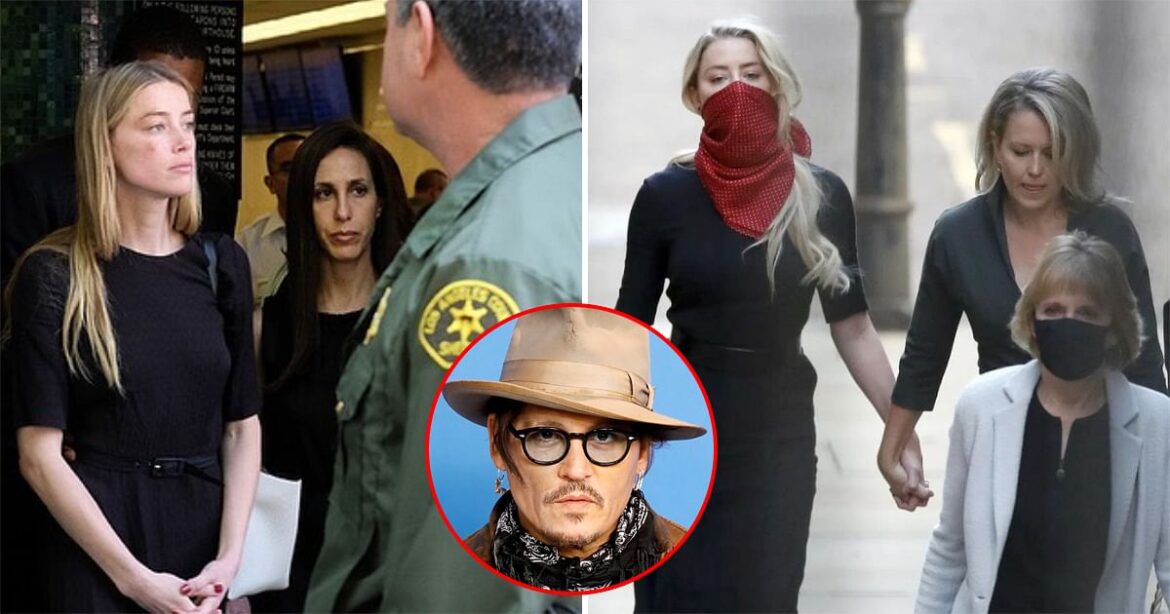 Amber Heard is primarily making the headlines nowadays owing to her personal life more than per professional one. The Aquaman actress had been in the news ever since ex-husband Johnny Depp filed a case against The Sun for calling him a ‘wife beater’. While she did win the case there, the actress also received backlash from the actor’s fans on social media.

A while ago, Amber took to social media and shared pictures wherein she is seen wearing the same black dress on two different occasions in four years. The pics clearly speak about her journey from being abused to being victorious. Read on to know what she wrote alongside them and how her fans have reacted to it too.

Amber Heard took to her official Instagram handle and shared images in the same dress from both occasions. She captioned the post, “One dress, four years apart. Sometimes it’s important to wear the same thing twice.”

Amber Heard wore the black dress for the first time when she filed domestic allegations against Johnny Depp in 2016. The next time the actress was spotted donning the simple yet elegant attire was after her libel case victory against Depp in November 2020.

While in the first image, Heard looks hurt and dull, the second has her holding hand with her female supports system as it was proved that he ex-husband was a ‘wife-beater.’

Sharing the looks on social media, one Amber Heard fan wrote, “Stay strong my love!!! We r all supporting you !!fans from China” Another follower of the actress posted, “Oh.. Seeing this picture is always so unbearable to me and my heart is bleeding… I would have loved so much that you never had to go through such a nightmare, nor have to endure such a backlash afterwards. But hey, you still remained standing! You are by far the strongest fighter. You will not be silent.” A third fan wrote, “Amber won’t be silenced. My heart hurts for what she has endured. I am so proud of her perseverance.”

What are your thoughts on Amber Heard wearing the same black dress on both occasions?