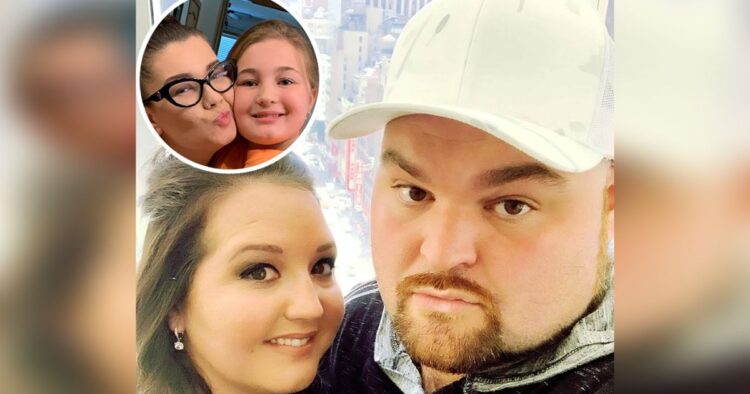 In one scene from the Tuesday, March 30, episode of TMOG, Gary and Amber’s 12-year-old daughter, Leah, planned her birthday party and revealed she wanted to celebrate without Amber, 30. When Gary, 34, asked why Leah didn’t want her mom around for the soiree, Leah replied, “We don’t really have a bond like that.”

“Twelve years and she hasn’t really done anything,” Leah added. “That’s kind of been like Kristina’s spot … All she did was give birth to me.” Although Gary tried to convince Leah to see her mom, Amber ultimately decided to not attend the bash because she preferred to spend one-on-one time with Leah instead.

Not long after, Amber took to Instagram Live with a message blasting Kristina, indicating there is some coparenting drama going on behind-the-scenes.

Amber then spoke out about her previous stint in prison, which she completed in 2013. “I was told that when I got out of prison, I would have my family, all the while I was being cheated on,” she alleged, shutting down claims envy had anything to do with her reaction. “I’m not jealous of Kristina, there is nothing about Kristina that even makes me jealous in any sense. I don’t try to be mean.”

The Indiana native also slammed speculation that she is an absent parent, adding, “I try to invest time with Leah all the time, all the time. It’s all I ever do.” Amber continued, “[Kristina] doesn’t take care of my daughter. No, Gary does not clothe her, feed her. Gary wouldn’t have a job if it wasn’t for me in the very beginning.”

Amid the reality TV and social media drama, Amber shared a cryptic message about having true “integrity” on her Instagram page.

Scroll through the gallery below to get more details on the drama.