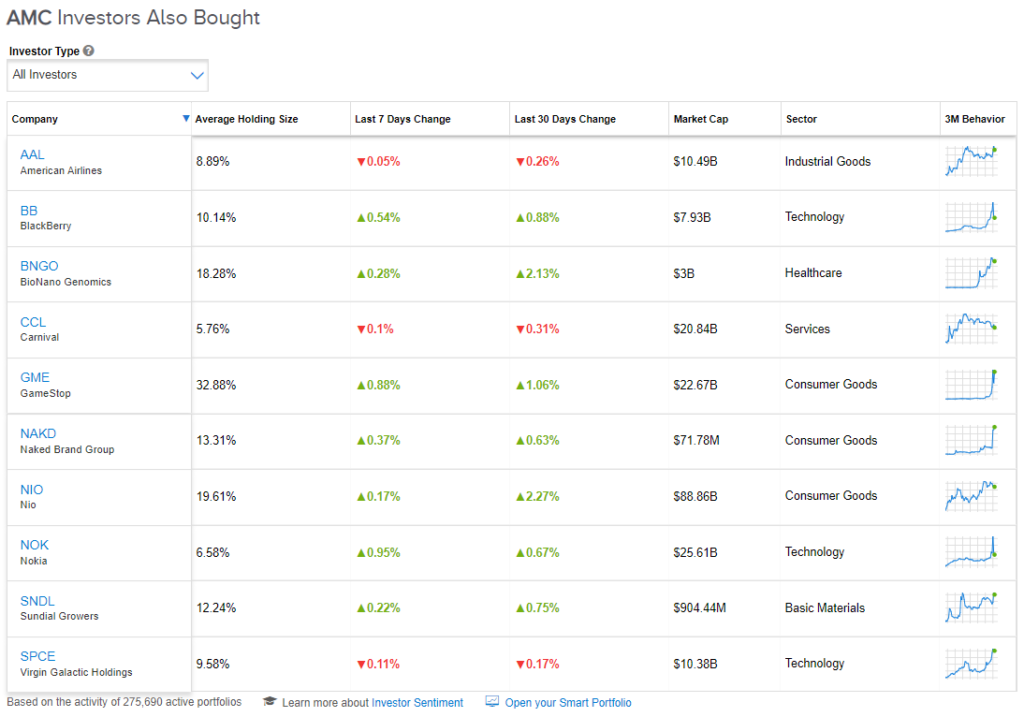 AMC Entertainment, the largest movie theatre chain in the world, has capped off the first month of the new year with a staggering 525% gain in its share price.

The emergence of the coronavirus pandemic in early 2020 had a devastating effect on AMC’s operations, as it was forced to shut down all of its theaters as well as furlough all of its 600 corporate employees, including CEO Adam Aron.

This left AMC with no revenue and substantial fixed costs, which significantly contributed to the most recent disappointing financial results. The company reported a net quarterly loss of $906 million and recently confirmed a 92% drop in U.S. attendance for the fourth quarter compared to a year ago. Last week, AMC announced that it had raised over $900 million in financing.

These are not the type of fundamentals that should inspire a share price rally of such epic proportions. So, why has AMC’s share price quintupled in the last month?

Last week, it was discovered that followers of the Reddit Group, Wallstreetbets, had banded together and organized a coordinated attack on some of Wall Street’s biggest short sellers. Ordinary investors and day traders revealed which stocks were most heavily shorted, and systematically began buying them and pushing up the share price.

As of Dec. 31, 2020, short interest in AMC stock was around 53%, which means that 53% of the company’s shares had been borrowed, sold short and had not yet been covered.

As the share price moved upward, holders of these short positions started losing money. The higher the share price went, the more money they lost, until eventually, when they could not take the pain any longer, they were forced to capitulate and buy back their stock, pushing the share price even higher.

AMC closed on Friday at $13.26, having traded as high as $20.32 earlier in the week. This means that AMC shares have recovered all of their losses from 2020 and have gained over 100% in value since a year ago.

But can this momentum continue? According to FactSet, AMC still had around 28% short interest as of Jan. 25. (See AMC Entertainment stock analysis on TipRanks)

Analysts on the Street believe that AMC’s shares are overvalued at current levels, and with the average analyst price target of $2.89, implying downside potential of around 78% over the next 12 months.

The most optimistic of these analysts is Eric Wold of B.Riley Financial, who maintained a Hold rating on the stock last week and set a price target of $5.50 (59% downside potential).

Ignoring the recent price action, Wold told investors that a successful COVID-19 vaccine rollout and the return of movie-goers to theatres could provide an “attractive setup” for the space going forward.

Of the 275,690 public Investor Portfolios analyzed by TipRanks, over 4,600 investors added AMC shares to their portfolios over the past 30 days, allocating around 16% of their capital, on average, to AMC shares.

Some of the other popular investments made by these same investors include GameStop (GME), American Airlines (AAL) and Blackberry (BB).