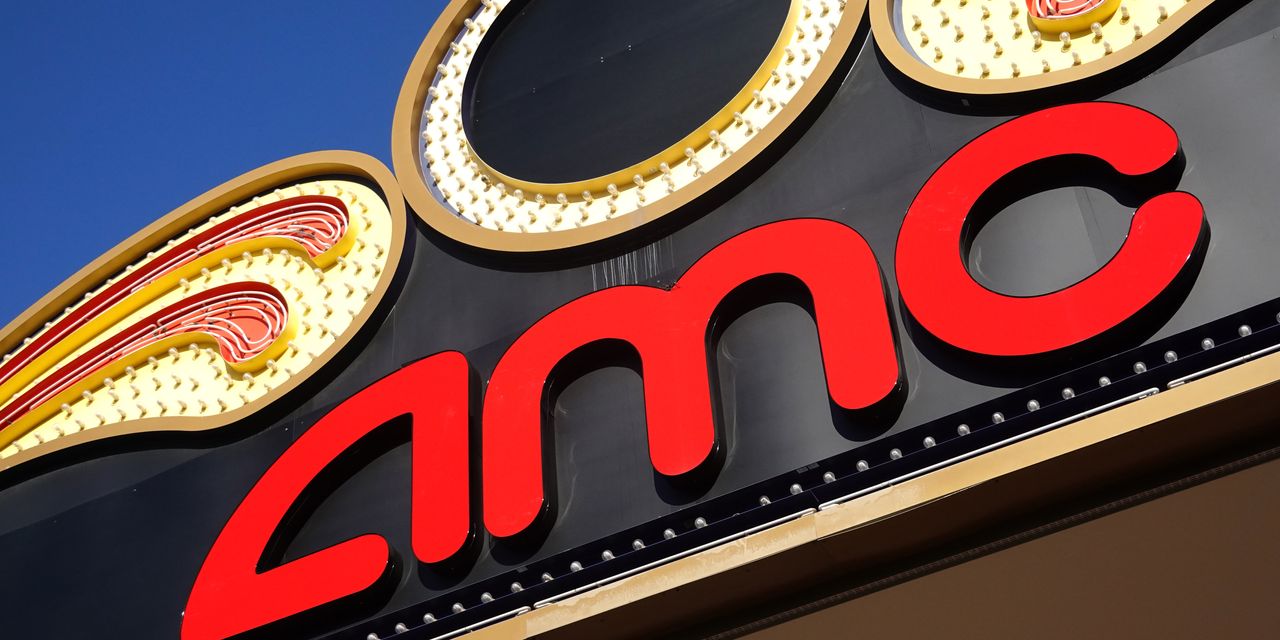 is trading at a new 52-week high on Wednesday, caught up in a strange euphoria affecting several stocks of downtrodden companies.

), among the worst performing in the last year, jumped as much as 300% in morning trading and were halted several times on extreme volatility.

AMC stock has staged a comeback rally of 611% despite multiple dilutive share sales by the company in recent months. Trading volume is more than 54 million shares, according to FactSet. Nearly 40 million shares are sold short.

But AMC has spent much of the last year in the doldrums. The pandemic forced the largest movie theater operator to close locations or restrict occupancy, killing box office sales. Other movie theater chains have had to slog through the same issues.

The stock joins a small group of companies that have been caught in a strange push and pull between professional short sellers, who hold bearish positions, and retail investors using Reddit forums and Robinhood accounts to buy and encourage others to do so.

The biggest example, of course, is

(GME), the video game retailer whose shares have skyrocketed above $350.

The surge in trading disrupted several online brokers on Wednesday, according to MarketWatch.

AMC has been raising cash to cushion it until the pandemic clears and moviegoers return to theaters in the record-setting numbers they did as recently as 2019. This week, the company’s CEO Adam Aron said in a statement that with $917 million raised since mid-December, a bankruptcy was off the table.

It had been under consideration in the last few months if the company couldn’t raise enough cash to survive.

The fact that AMC has been selling shares to raise capital may make its elevated stock price easier to bear, B. Riley analyst Eric Wold said.

“While the recent move in AMC shares has been extraordinary, we remain positive on the outlook for the domestic box office coming out of the pandemic and believe management’s success in securing enough capital to avoid a near-term bankruptcy has clearly been a positive for investors,” Wold told Barron’s in an email. “And as AMC remains in the process of shoring up its capital structure and liquidity, we would imagine the move in the shares is welcome to the company.”

Back to Top
Close Add post
X
Why you’re about to see even more of your favorite films from the ’80s and ’90s tu…BusinessWilliam Zabka and Ralph Macchio reprise their roles as Johnny Lawrence and Daniel LaRusso from the "Karate Kid" in "Cobra Kai."NetflixReboots, remakes…

AMC Stock Gets Caught in Short Squeeze. Shares Are Up 180%.