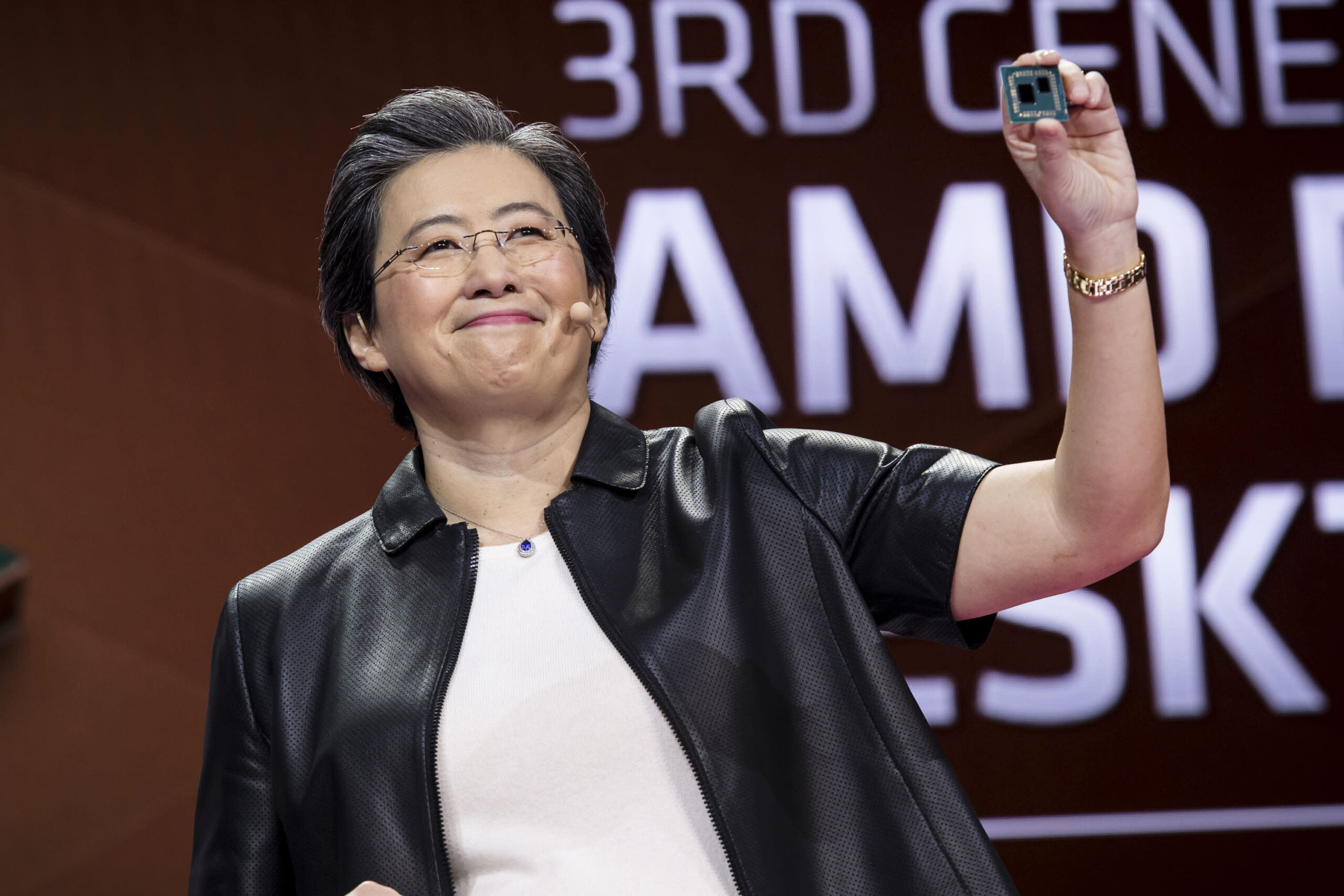 AMD stock was flat in extended trading after the company announced revenue and earnings that beat Wall Street’s already high expectations for the chipmaker.

Here’s how AMD did versus Wall Street expectations:

The biggest highlight for AMD this quarter was its enterprise segment which was up 176% year-over-year and up 13% from last quarter to $1.28 billion. That division sells server chips as well as CPUs and graphics processors for game consoles like the Sony PS5 and Microsoft Xbox One.

AMD attributed the growth to its semi-custom sales, which is what it calls its console chip business, and said there was strong demand for the current generation of Sony and Microsoft consoles. It also said that its server revenue grew on a sequential basis.

AMD’s business selling processors and graphics chips for PCs, which it calls Computing & Graphics, also reported strong results, rising 18% year-over-year to $1.96 billion. That was driven by an increase in processor sales, AMD said.

AMD launched new processors and graphics chips last fall that have been consistently sold out. It said that its desktop CPU revenue grew on an annual basis, suggesting that its Ryzen CPUs are competing fiercely with Intel for market share.

At the start of trading on Tuesday, shares of AMD were up 85% over the past year. That’s partially because of investor enthusiasm for semiconductors, but it’s also because in the past year AMD has gained a technological edge on its primary competitor, Intel. Intel was flat in extended trading.

AMD outsources its manufacturing to partners including Taiwan’s TSMC, whereas Intel is still committed to manufacturing its best chips. That’s allowed AMD to access more advanced chip manufacturing on a so-called 5-nanometer process, which makes denser and more efficient chips.

In October, AMD announced that it planned to buy Xilinix in a deal worth $35 billion that should close by the end of this year. Xilinix focuses on specialized chips that can efficiently handle tasks like compressing videos, as compared to AMD’s general purpose processors. The acquisition is expected to give AMD more firepower to compete with Intel in the data center chip market. AMD said on Tuesday the transaction was still on track to close by the end of the year.