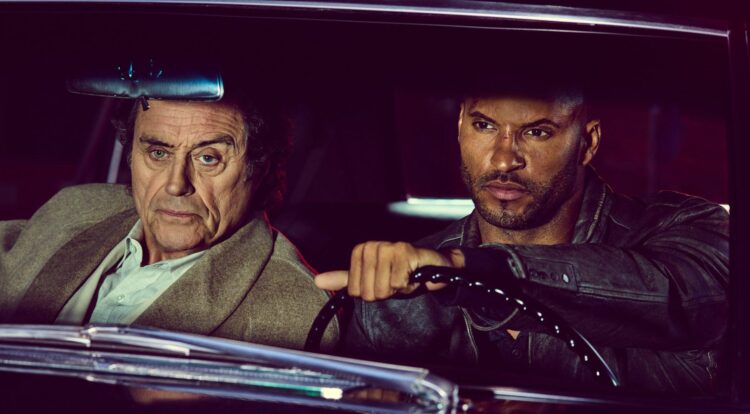 American Gods has ended its journey as a series at Starz.

The network canceled the show after three seasons, EW can confirm. “American Gods will not return for a fourth season. Everyone at STARZ is grateful to the dedicated cast and crew, and our partners at Fremantle who brought author and executive producer Neil Gaiman’s ever-relevant story to life that speaks to the cultural climate of our country,” a Starz spokesperson said in a statement to EW.

The decision to cancel the fantasy drama series comes amid low viewership for the season and just a week after the season 3 finale. Multiplatform viewership declined 65 percent from American Gods season 1 to season 3, according to sources.

The show has had a long and tumultuous journey, with four different showrunners tapped across the three seasons, various production delays, and a public falling out with star Orlando Jones, among other things.

The cancelation news is sure to upset fans, because as Gaiman put it in a recent interview with EW, “If we don’t get a season 4, we’ve ended on the single most frustrating, upsetting and maddening place that any season could possibly end.”

To that end, viewers could be in luck. Per sources, the network is in conversations on a potential event series or event movie that would conclude the storytelling of Gaiman’s book of the same name.