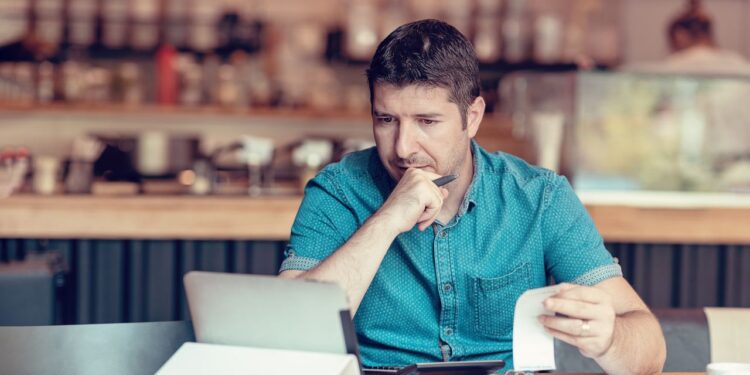 The money people put into retirement savings accounts will be taxed at some point in the process, whether it’s when they first put it in, or when they take it out.

Now, data suggests more people don’t want to take the chance they’ll have to pay higher taxes on that money in the future.

With President Joe Biden unveiling details Wednesday on a $2.3 trillion infrastructure spending plan powered by corporate tax hikes, information from Fidelity Investments could be an indication of what some individual taxpayers think the president has in store for them.

“Income tax rates have no place to go but up,” said Michelle Gessner of Gessner Wealth Strategies in Houston, Texas. President Donald Trump’s tax overhaul dropped both individual and corporate tax rates, and Biden has said he wants to tax both companies and America’s highest-earning individuals more.

Some evidence that taxpayers are bracing for higher tax rates: more are converting their retirement accounts to Roth IRAs, according to Fidelity.

To understand the tax rate wager that’s happening, it’s important to remember the difference between a traditional individual retirement account (IRA) and a Roth IRA.

A traditional IRA is funded with pre-tax money that gets taxed at withdrawal. The money in a Roth IRA is taxed first and then goes out tax-free.

Account holders can switch from a traditional IRA to a Roth IRA in a “conversion” process paying the taxes that, up to that point, have not been paid.

Saving up in a Roth account makes sense when people expect they’ll be in the same tax bracket, or a higher one, when retiring, according to MarketWatch tax columnist Bill Bischoff.

In 2019 there were 22% more conversions to Roth IRAs than in 2018, according to a Fidelity spokesman.

The Fidelity data did not include the actual number of conversions, but the 401(k) platform, brokerage and retirement planning firm had 10.9 million IRAs by the end of 2020.

The numbers are silent on the motivations of the people making the switch. But financial planning experts say they have been increasingly relying on the Roth IRA conversion as one way to anticipate potentially higher individual income taxes under the Biden administration.

The plan Biden unveiled Wednesday would, among other things, increase the corporate income tax rate to 28% from 21%. That’s a partial reversal of Trump’s lowering of the corporate tax rate from 35% to 21%.

A second spending proposal intended to supply paid leave and more aid to low-income households could call for higher income tax rates for top earners, according to the New York Times. Biden has previously said he won’t raise taxes on people who make less than $400,000 a year, and he reiterated that point on Wednesday.
Republican Mitch McConnell, the Senate Minority Leader, said he’s for infrastructure investment — but not “a massive effort to raise taxes on businesses and individuals.”

Gessner, the CEO of a boutique financial planning firm serving 35 families with $30 million in assets under management, estimated she handled Roth IRA conversions for 20% of her clients last year. Those account balances ranged from $50,000 to $150,000 she said.

Lower tax rates from the Trump administration’s 2017 tax code overhaul were due to expire at the end of 2025 and all the government spending to address the pandemic has intensified the need to fill its tax coffers, Gessner said.

When people switch money over from a traditional IRA to a Roth IRA, “it’s mostly about taxes but there’s also an estate planning aspect to it,” Gessner said.

That’s because a person inheriting a Roth IRA can tap those funds tax-free. “I think it’s about, ‘Hey I don’t want to stick my child with a giant tax bill,’” she said.

A Roth IRA conversion is not the right move for everyone, Gessner noted. For one thing, the household needs the cash on hand to pay the taxes that come with a conversion.

Larry Harris, director of tax services at Parsec Financial Wealth Management in Asheville, N.C., said the Fidelity data on 2020 conversion sounds in line with his firm’s flurry of conversions last year. The firm had $3.4 billion in assets under management by the end of 2020.

Two factors could be at play with the rise, he said.

First off, he noted that lawmakers last year waived the required minimum distribution, which a person needs to withdraw annually after they reach a certain age (70 ½ or 72 depending on certain scenarios). That waiver freed up money to shift into Roth IRAs, he said.

Then there was the anticipation of higher taxes on the way. Regardless of who became president, Harris noted the country would have a large bill after all the pandemic-related relief and expiring 2017 tax brackets. “Sooner or later, there’s that reality that sets in,” Harris said.

“The thought that tax rates will go up, that’s really a driver for doing a conversion,” Harris said, but he later added there’s “also benevolent thinking as well” by paying the tax tab now. “If you can pass along an asset to your heirs that they will not pay tax on when they use it, it’s tremendous,” he said.