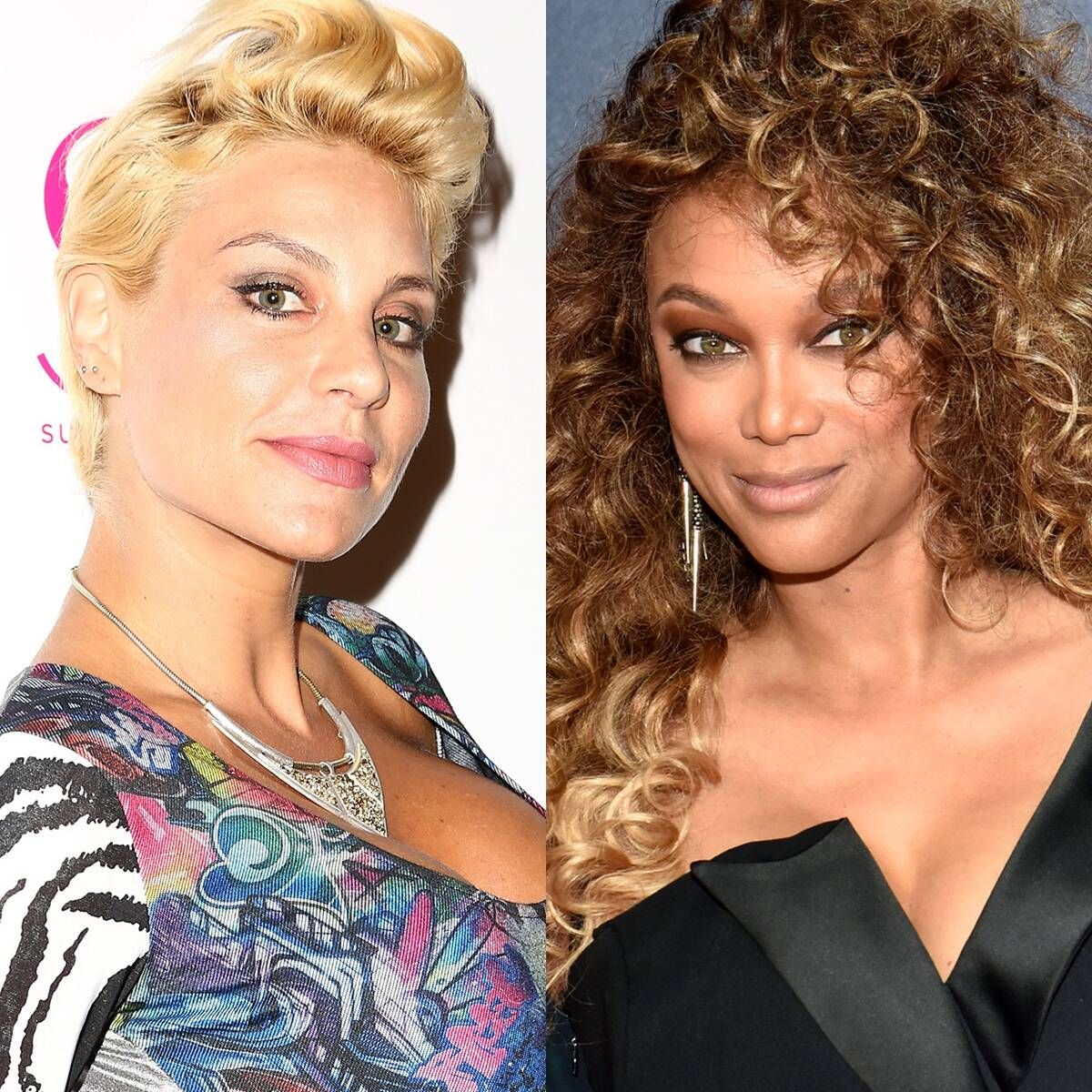 UPDATE: America’s Next Top Model star Lisa D’Amato has spoken out further in an interview with E! News. See her comments below.

America’s Next Top Model star Lisa D’Amato is again speaking out about her issues with Tyra Banks.

The 40-year-old reality TV personality took to Instagram on Thursday, Jan. 28 to publicly ask Tyra to address the pain that the show’s host allegedly caused her and other former contestants.

Lisa, who placed sixth on Cycle 5 in 2005 and later won Cycle 17’s All Stars in 2011, claimed that she risked breach of contract by opening up during a 2006 episode of E! True Hollywood Story about the alleged mistreatment she endured during production on the modeling competition series.

“I did it knowing that it was a breach of contract, still, because I felt like it was my duty to warn other girls that were going to audition for America’s Next Top Model to know that what you guys do and the way that you guys would poke me and use my childhood trauma against me, day in and day out,” the model shared while getting emotional. “It was just so f–ked up, and it broke my heart. Like, how could you do that?”

Checking In With the Winners of America’s Next Top Model

While sharing her allegations against the ANTM team and how they “use my childhood trauma against me,” a chyron on Lisa’s Instagram post appeared that included the words “Sexual abuse, Physical abuse, Mental abuse.”

“I don’t know how you sleep at night,” the Marriage Boot Camp: Reality Stars alum continued. “You, Tyra, you knew very well the horrible trauma that my mom inflicted on me, and you also talk so much about how you wouldn’t be where you are without your mother and how powerful she is. So knowing that, you still did that to me and continued to do it to other girls, even after I spoke publicly about it.”

In her video, Lisa also included footage of former contestants Jeana Turner (Cycle 24)—who shared allegations against the show in a 2019 YouTube vide—and Angelea Preston (Cycles 12, 14 and 17)—who spoke out about ANTM in a 2015 interview with Daily Mail.

“It’s insane, the amount of bulls–t that me and the other girls went through,” Angelea said in a video interview credited to DailyMail.com. “There are times when we didn’t get fed. We had to film straight through, 15, 18 hours without eating.”

E! News has reached out to Tyra, Jeana, Angelea and the network for comment.

In an interview with E! News, Lisa criticized the way she was portrayed on cycle 5 of America’s Next Top Model, which she said caused her to lose “a ton of work.”

“They edited me on my original season as an alcoholic when in two months, I drank three to six nights out of two months,” she said. “Then they blasted me on every single episode, which makes me look like an alcoholic. Now, was it smart for me to drink? Do I have to own that? I did drink. Sure. But you know what tipped me over the edge in some scenes when I’m drinking was that they were constantly mentally abusing me every single day.”

However, despite her grievances with the franchise, Lisa is still happy to have won All Stars.

“F–k yeah! Are you kidding?” she told E! News. “It was so redemption for me, you know, after Top Model cycle five and them making me look like the most insane alcoholic. I went on Celebrity Rehab with Dr. Drew, not to validate that I had a problem, but more as like preventative and also I knew I needed therapy. So, and then people would hear my story through somebody who actually cares about people, which is Dr. Drew. That was the most amazing experience I’ve ever had in my life.”

Lisa has voiced her issues with Tyra and ANTM in the past as well. “I do think Tyra kinda likes to keep everybody down a little bit so everyone knows she’s like the queen bee,” she told Too Fab in 2016 about feeling that Tyra didn’t support her after the show ended.

In May 2020, Tyra came under fire after past clips from ANTM—showing the host criticizing the appearance of several contestants—resurfaced. “Been seeing the posts about the insensitivity of some past ANTM moments and I agree with you,” Tyra tweeted in response to the backlash. “Looking back, those were some really off choices. Appreciate your honest feedback and am sending so much love and virtual hugs.”