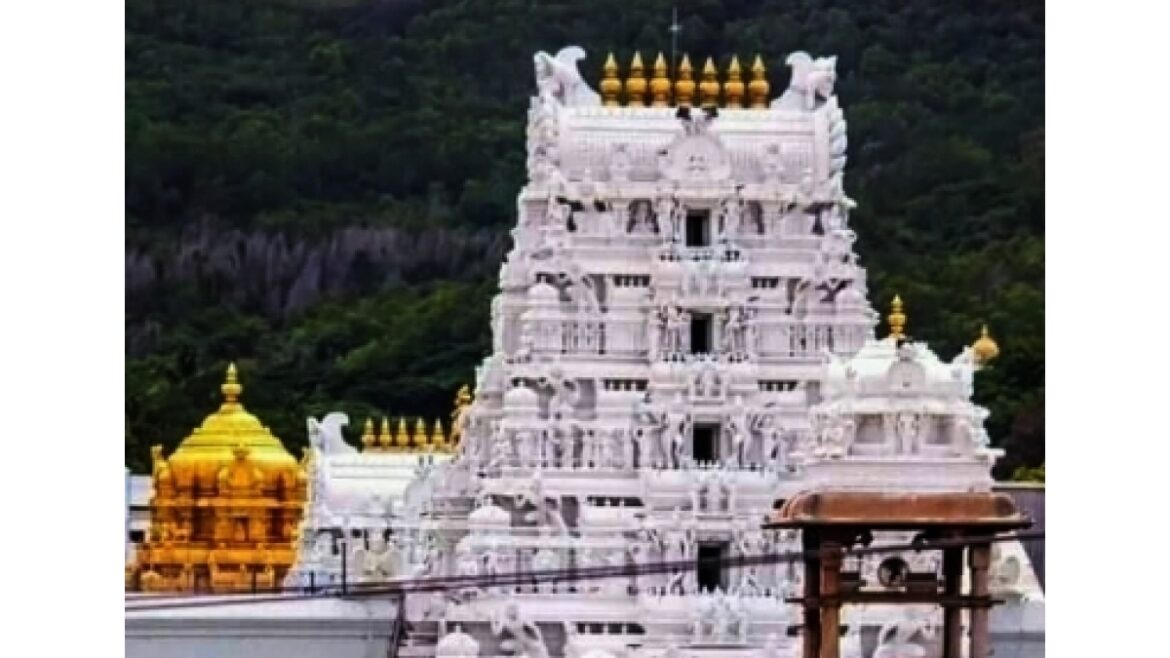 “TTD has decided to reduce the sarva darshan tokens tokens to 15,000 per day from the present 22,000. We are also mulling to reduce the number of online special darshan tickets (Rs 300) depending on the Covid pandemic situation,” said TTD Additional Executive Officer A. V. Dharma Reddy.

He has issued this advisory to devotees in view of their health security and also appealed to them to adhere to the Covid protocols and cooperate with the TTD in the best interests of all.

He added that thermal screening machines have been installed at anna prasadam centres, room allocation counters and also at several other places.

TTD has decided to allow only two persons for each room at Tirumala and all the arriving devotees are required to bring their own masks and hand sanitisers.

“Devotees will be allowed at Alipiri check point only by 1 p.m. for their next day darshan and those who are trekking Alipiri and Srivarimettu only at 9 a.m. for their darshan slot in the next day,” said Reddy.

Similarly, devotees will be allowed into the vaikuntam queue complex only half an hour before their allotted darshan time.

The temple management has decided to sanitise all the vehicles entering through Alipiri toll gates while devotees suffering from fever, cold and cough are advised not to visit Tirumala.

The Additional Executive Officer has also asked the devotees directly coming from other states such as Tamil Nadu, Karnataka and Maharashtra to take note of the reduction in sarva darshan tokens.

Likewise, TTD is also reviewing its earlier decision of reviving the arijitha sevas from April 14 as the pandemic is resurging.

All TTD departments’ chiefs were instructed to review the pandemic situation and then take up precautionary measures.

Meanwhile, Reddy dismissed the propaganda being carried out on TTD on the social media alleging tonsured hair smuggling, which he called as “untrue and baseless”.

“TTD had established a perfect system in storage, processing, handling and transport of tonsured hair of devoteesathere was no room for any misuse or pilferage or malpractices,” he said.

“TTD has nothing to do with that once it has sold the product to the bidder,” he said, condemning the social media propaganda over seizure of 120 bags of tonsured hair at Mizoram a” Myanmar border by Assam Rifles recently.

According to Reddy, the temple management is in touch with Assam Rifles and Mizoram police who are still probing the roots of the alleged hair stock smuggling and yet to pinpoint any location.

“Media should note that hair tonsuring is undertaken at scores of temples across India and the alleged hair bags could have come from anywhere and devotees should not to fall prey to such false news against TTD,” he added.