The home minister, who is on a two-day visit to West Bengal, paid tribute to Swami Vivekananda and hailed him for taking India’s culture and ethos to the world 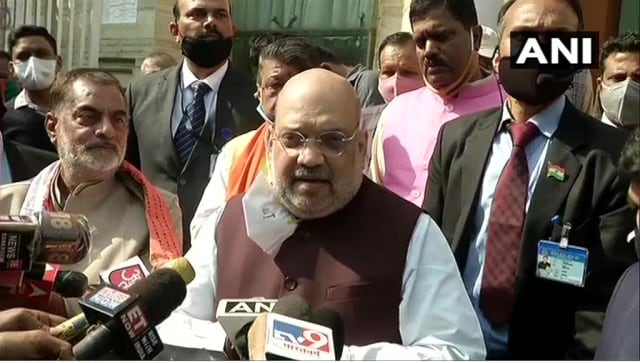 Kolkata: Home Minister Amit Shah visited the birthplace of Swami Vivekananda in north Kolkata on Saturday morning and said that the ideals of the 19th-century icon are more relevant in the present-day world.

Shah, who is on a two-day visit to West Bengal, paid tribute to Swami Vivekananda, hailing him for taking India’s culture and ethos to the world.

“Swami Vivekananda took India’s culture, vision and ethos to the world. He bridged the gap between spirituality and modernity. After visiting his birthplace, I feel his ideals are still relevant in the present-day world. Rather, his ideals are more needed in the present times,” he told reporters.

The path shown by Swami Vivekananda will not only lead India but the entire world on the road to prosperity, Shah said.