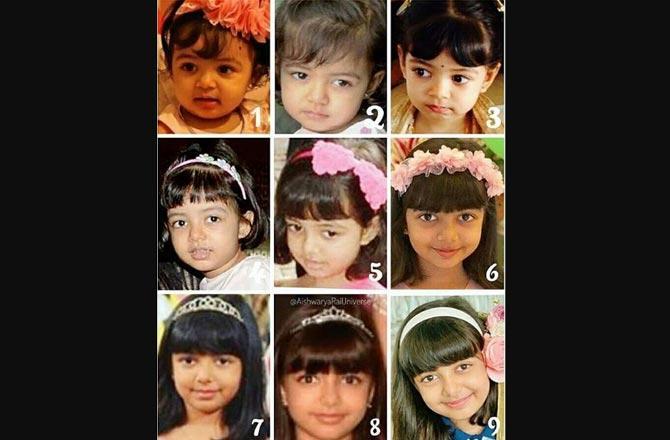 Marking the ninth birthday of his granddaughter Aaradhya Bachchan, megastar Amitabh Bachchan took to social media to post a lovely picture, a special collage constituting of nine photos of the birthday girl, from her growing years.

The picture, shared by Bachchan consists of one picture each from Aaradhya’s growing years starting from a picture from the time when she was a baby to the most recent picture of the star kid.

“Happy birthday Aaradhya .. all my love,” Bachchan wrote in the caption of the picture.

Aaradhya’s birthday has usually been a day of merrymaking at the Bachchan bungalow. Accustomed to marking her birthday with make-believe Disney characters, Aaradhya, however, will bring in ninth with low-key celebration, in the wake of the pandemic, this year. The little one’s celebrations will be restricted to cutting cake.

A source told mid-day earlier, not just Aaradhya’s birthday, but the grand Diwali party hosted by Bachchan family was also cancelled this year. “The decision was taken to pay respect to Rishi Kapoor, who passed away this year,” said the source.

RELATED:  Neetu Kapoor shares a glimpse of her and Rishi Kapoor's love story on their 41st wedding anniversary - Bollywood Dhamaka