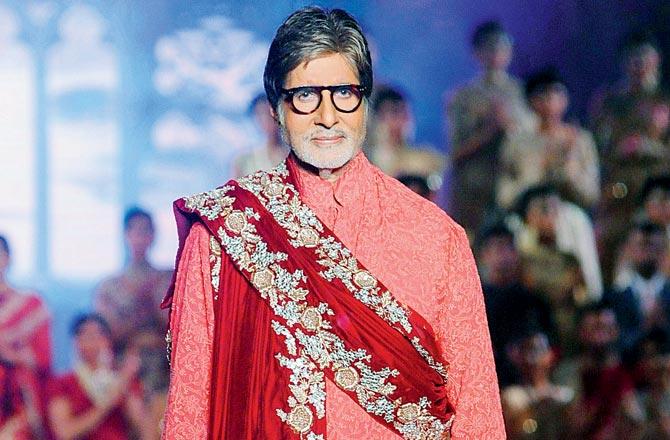 Half a century after the industry’s megastar collaborated with one of the biggest production houses to create the classic that was Saudagar, the two powerhouses are set to join forces again. mid-day has it that Amitabh Bachchan will commence 2021 by collaborating with Sooraj Barjtya’s Rajshri Productions for an out-and-out family drama.

A trade source tells mid-day, “The film will roll in the first quarter of 2021, and mark the first collaboration of Bachchan and Barjatya, as actor and director. Bachchan had loved the script when it was narrated to him earlier this year. He plays the family patriarch.” The actor, who is currently filming the 12th season of Kaun Banega Crorepati, will shoot for Ajay Devgn’s directorial in January, and follow it up with Barjaya’s offering, the source says.

Also Read: It was sweet torture for Amitabh Bachchan during a recent shoot

Should things proceed as planned, Barjatya will have a busy year ahead. News about his next, a love story that will be frontlined by Salman Khan, has already been doing the rounds. The veteran filmmaker is also reportedly keen to launch his son Avnish as a director. “Sooraj is currently focusing on his film with Big B, and his son’s debut. His next with Salman is likely to roll only in 2022,” says the source.

While Barjtya hasn’t directed Bachchan in the past, he has worked with his son Abhishek in the 2003 love triangle, Main Prem Ki Deewani Hoon, featuring Kareena Kapoor Khan and Hrithik Roshan. mid-day reached out to Bachchan and Barjatya’s production house, but didn’t receive a response till press time.