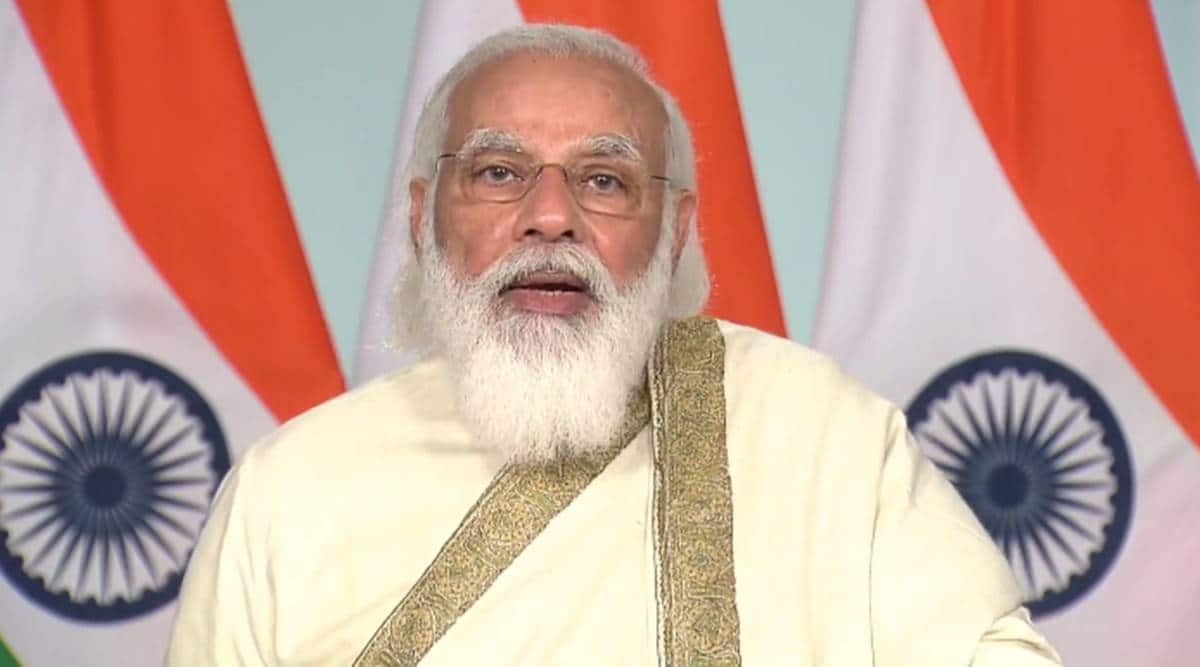 Prime Minister Narendra Modi Tuesday attended the centenary celebrations of Aligarh Muslim University (AMU) through video conferencing where he said that it is the leading institution that is making India proud. AMU Chancellor Syedna Mufaddal Saifuddin and Union Education Minister Ramesh Pokhriyal Nishank are also present at the event.

“The history of education attached to AMU buildings is India’s valuable heritage…I often meet AMU alumni during my foreign visits, who very proudly say that they’ve studied from AMU.  Wherever in the world they go, AMU alumni represent the rich heritage and culture of India…In its 100 years of history, AMU has crafted and polished millions of lives, giving them modern and scientific thinking and inspiring them to do something for the society and the nation” he said.

The Prime Minister also said that AMU’s help to the society during the coronavirus pandemic is unprecedented. “Getting thousands of tests for free, building isolation wards, building plasma banks, and contributing a large amount to the PM Care Fund shows the seriousness of fulfilling your obligations to society,” he added.

Asserting that everyone, irrespective of their religion, will get equal opportunities to fulfill their dreams, PM Modi said, “The country is marching forward on the path where every citizen would get the benefits of development happening in the country without any discrimination. The country is on the path where every citizen should rest assured about their constitutional rights & their future.”

“The country is on the path where no citizen would be left behind because of their religion & everyone would get equal opportunities so that everyone can fulfil their dreams. Sabka Sath, Sabka Vikas, Sabka Vishwas is the mantra behind it,” he added.

During the event, the Prime Minister released a postal stamp as part of the centenary celebrations of the University.

Opinion | When PM Modi speaks at AMU today, he could underline his resolve to preserve, defend university’s characte

The Aligarh Muslim University completed 100 years as a university on September 14 this year. This makes it one of the oldest surviving universities in India.