Amy Schumer wears her ‘fanciest dress’ to get COVID vaccine 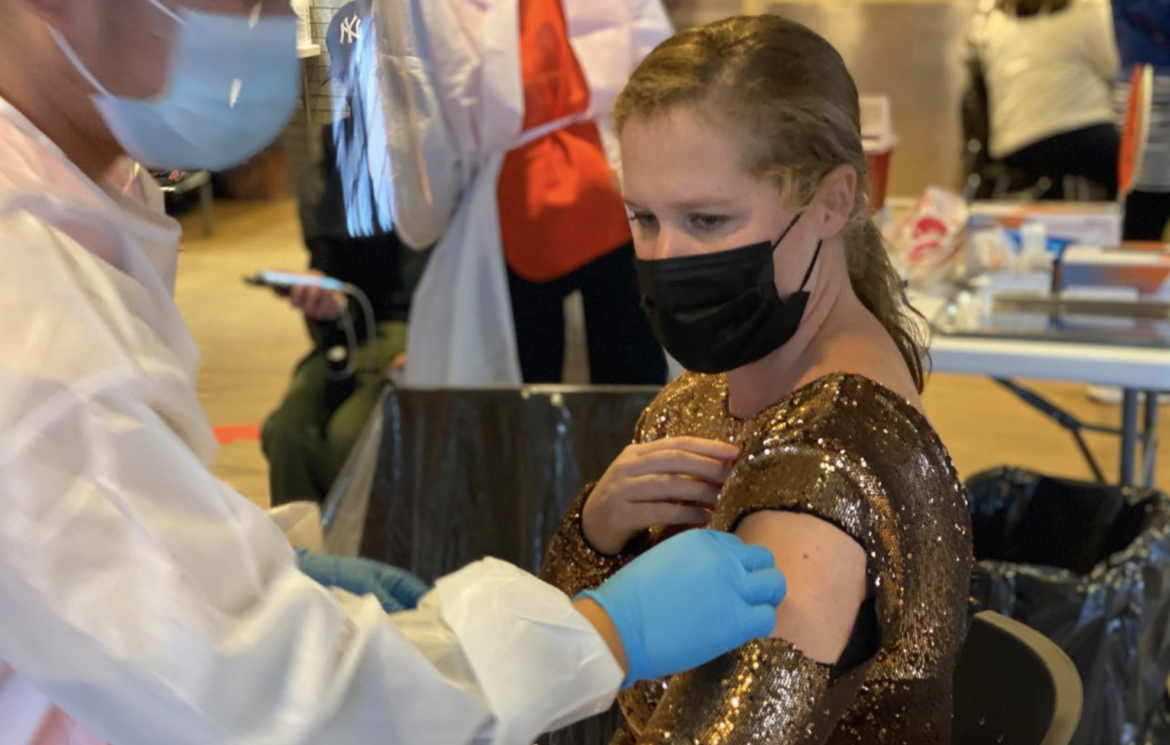 Amy Schumer wore her “fanciest dress” to get her COVID-19 vaccine — and told some jokes while she waited.

The comedian and actress, 39, documented her vaccine experience in NYC, from the car ride (singing a COVID edition of Whitney Houston’s “How Will I Know”) to telling dirty jokes at the site. And the star did it dressed in a gold sequined dress — with a DIY hole cut on the upper arm for vaccine access — saying her fashion statement was “to show respect to the people working there.”

Schumer, who was with husband Chris Fischer, was filmed getting the actual injection, through the cutout in her dress, which she dressed down with black pants and sneakers.

“That’s it?” she asked when it was over.

But she was just getting started. As she waited the 15 minutes to make sure she didn’t have an allergic reaction, she held court telling jokes to the “heroes,” the health care workers, as well as others getting their vaccine.

“I just wanted to entertain some of the workers here — and during our 15 minutes,” Schumer said. “I’m sorry if you were going to use this time to meditate.”

The Trainwreck star continued, “I know some people are scared of getting the vaccine. But I was like: I don’t care what’s in there, you know? Shoot it in my p***y. I don’t care,” which drew hoots from the room.

Jokes aside, she said thanked the “brave” people on the frontlines throughout the pandemic.

“I just want to say thank you and I love New York,” she said. “And thank you to everyone here. We got the vaccine!”

Schumer also posed for photos with fans. One named Alex thanked her on social media for “brightening up the room even thru uncertainty.” Schumer reshared their photo, adding, “Wore my fanciest dress to get my vaccine.”

Schumer urged others to dress up too — in their nicest dress or suit — writing on social media it’s a “nice way to show respect to the people working there who understand the enormity of what it is they are doing. Thank you heroes. You are selfless and your humanity inspires us all.”

And with at least one vaccine down, she added, “I feel excited and hopeful. I hope you do too.”

Earlier this month, Schumer was able to visit her father, Gordon, for the first time in a year — and brought along her 1-year-old son, Gene. Gordon has been living with MS since the star was 12, so they have practiced social distancing during the pandemic.