An alliance of autocracies? China wants to lead a new world order 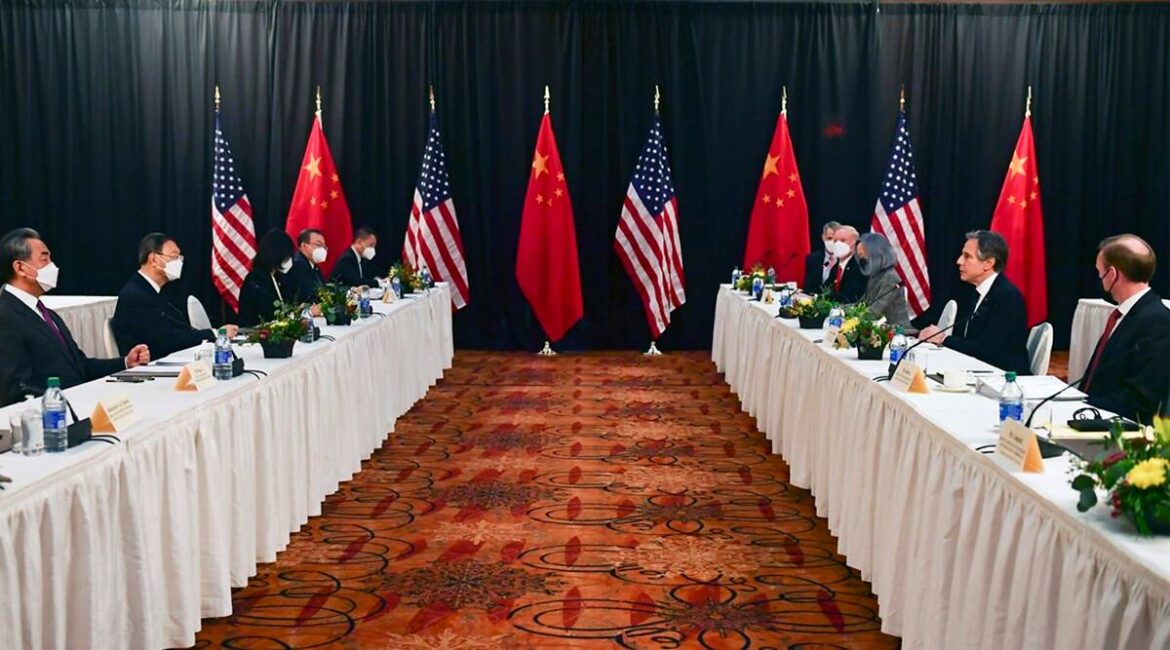 President Joe Biden wants to forge an “alliance of democracies.” China wants to make clear that it has alliances of its own.

Only days after a rancorous encounter with US officials in Alaska, China’s foreign minister joined his Russian counterpart last week to denounce Western meddling and sanctions.

He then headed to the Middle East to visit traditional US allies, including Saudi Arabia and Turkey, as well as Iran, where he signed a sweeping investment agreement Saturday. China’s leader, Xi Jinping, reached out to Colombia one day and pledged support for North Korea on another.

Although officials denied the timing was intentional, the message clearly was. China hopes to position itself as the main challenger to an international order, led by the United States, that is generally guided by principles of democracy, respect for human rights and adherence to rule of law.

Such a system “does not represent the will of the international community,” China’s foreign minister, Wang Yi, told Russia’s, Sergey Lavrov, when they met in the southern Chinese city of Guilin.

In a joint statement, they accused the United States of bullying and interference and urged it to “reflect on the damage it has done to global peace and development in recent years.”

The threat of a US-led coalition challenging China’s authoritarian policies has only bolstered Beijing’s ambition to be a global leader of nations that oppose Washington and its allies. It shows an increasingly confident and unapologetic China, one that not only refutes US criticism of its internal affairs but that presents its own values as a model for others.

“They’re actually trying to build an argument like, ‘We’re the more responsible power. We’re not the spoilers or an axis of evil,’” John Delury, a professor of Chinese studies at Yonsei University in Seoul, South Korea, said of China’s strategy.

As result, the world is increasingly dividing into distinct if not purely ideological camps, with both China and the United States hoping to lure supporters.

Biden made that clear in his first presidential news conference Thursday, presenting a foreign policy based on geopolitical competition between models of governance. He compared Xi to Russian President Vladimir Putin, “who thinks that autocracy is the wave of the future and democracy can’t function” in “an ever-complex world.”

He later called the challenge “a battle between the utility of democracies in the 21st century and autocracies.”

China, for its part, argues that it is the United States dividing the world into blocs. Xi set the tone shortly after Biden’s inauguration, telling this year’s World Economic Forum in Davos, Switzerland, that multilateralism should be based on consensus among many countries, not a view advanced by “one or the few.”

“To build small circles or start a new Cold War, to reject, threaten or intimidate others, to willfully impose decoupling, supply disruption or sanctions, and to create isolation or estrangement will only push the world into division and even confrontation,” Xi said.

In pushing back on criticism of its policies in recent days, China has championed the primacy of international organizations like the United Nations, where Beijing’s clout has grown.

Wang noted that more than 80 countries at the UN Human Rights Council had expressed support for China’s actions in Xinjiang, the far western region where authorities have detained and interned Uyghur Muslims in a campaign the United States declared a genocide.

China’s Ministry of Foreign Affairs claimed that Wang secured an endorsement of its Xinjiang policies, as well as its quashing of dissent in Hong Kong, from Saudi Arabia’s crown prince, Mohammed bin Salman, though a Saudi statement did not mention Xinjiang.

China’s most striking alignment is with Russia, where Putin has long complained about US hegemony and its use — abuse, in his view — of the global financial system as an instrument of foreign policy.

The Russian foreign minister arrived in China on March 22 railing about U.S. sanctions and saying the world needed to reduce its reliance on the US dollar.

Since Biden’s election, China has sought to prevent the United States from forging a united front against it. It appealed to the new administration to resume cooperation after the confrontations of the Trump years. It sealed trade and investment agreements, including one with the European Union, hoping to box out Biden.

It did not work. The first results of Biden’s strategy emerged last week, when the United States, Canada, Britain and the European Union jointly announced sanctions on Chinese officials over Xinjiang. China’s condemnation was swift.

“The era when it was possible to make up a story and concoct lies to wantonly meddle in Chinese domestic affairs is past and will not come back,” Wang said.

China retaliated with sanctions of its own against elected officials and scholars in the European Union and Britain. Similar penalties followed Saturday on Canadians and Americans, including top officials at the U.S. Commission on International Religious Freedom, a government body that held a hearing this month on forced labor in Xinjiang. All affected will be barred from traveling to China or conducting business with Chinese companies or individuals.