Home Science An Icy Block Fell High In The Himalayas, Triggering A Deadly Chain Reaction Below

An Icy Block Fell High In The Himalayas, Triggering A Deadly Chain Reaction Below 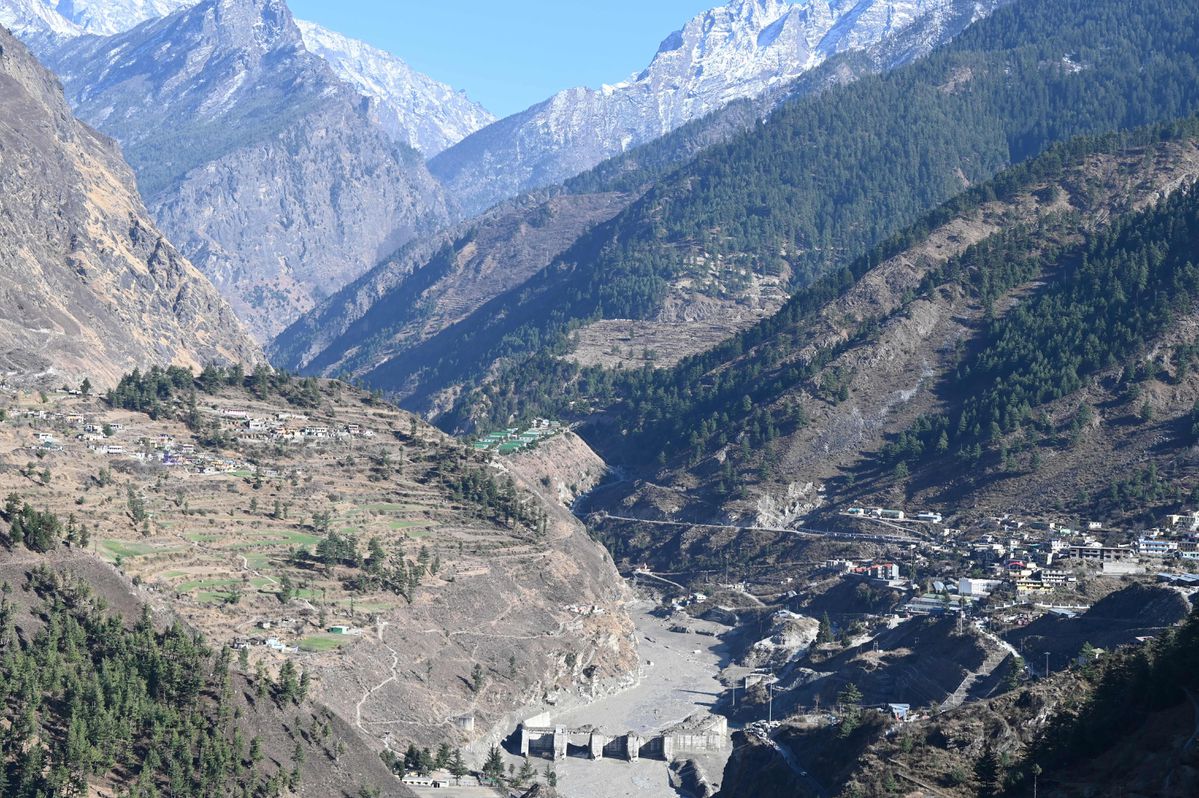 The first sign something was wrong for people living along the Alaknanda River in northern India Sunday was the roar of water cascading down the canyon without warning. The sudden flooding would leave several dead, over 100 missing and feared dead, while also destroying bridges, homes and two hydro-electric power plants in its path.

Early reporting on the disaster suggested a glacial collapse or avalanche in the Himalayan mountains high above the area was to blame, but scientists studying satellite images of the peaks in nearby Nanda Devi National Park say they’ve pieced together a slightly different disaster narrative.

“Although we did not detect it, high in the mountains… a large crack was developing on the flank of one of the high peaks over a few months,” writes Dave Petley, a landslide expert from the University of Sheffield, in a blog post for the American Geophysical Union.

Looking back, the crack can be seen in images from the European Sentinel-2 satellite.

From here, University of Calgary earth scientist Dan Shugar and others began to construct a story of raw power and devastation that begins with that crack. At some point over the weekend, it grew large enough to destabilize a large block of mostly rock and some ice.

Petley writes that the huge block “dropped from about 5,600 m to about 3,800 m, a fall of almost two kilometers, before impacting on the valley floor. It will have instantly fragmented to generate a huge rock and ice avalanche, which traveled down the glacier. This would have been extremely fast and very energetic.”

According to Canadian hydrogologist Drew Brayshaw, who chimed in on the discussion on Twitter, “The amount of heat generated within large rock avalanches is considerable. Sometimes enough to form thin obsidian melt crusts on individual stones.”

Such energy could have easily flash-melted the surface of the glacier the avalanche flowed over, gathering even more flow and destructive potential as all that water, rock and debris rushed towards populated areas along rivers below.

“The ice will have been entrained into the flow, crushed and melted, allowing the landslide to transition to a debris flow,” Petley explains. “The volume will have continued to increase as the landslide rushed to the north.”

Destabilization of our planet’s glaciated regions is a deadly problem that grows more dire as climate change continues to thaw them further.

The potential for glacial lake outburst floods looms over a number of high altitude communities in the Andes and the Himalayas.

And the great global thaw is evident at lower altitudes, too. Consider the case of the Barry Arm in Alaska, a section of Prince William Sound that is fed by the receding Barry Glacier. As the glacier has shrunk, it has destabilized adjacent mountain slopes, which now appear poised to collapse into the ocean waters, potentially sending tsunami waves to inundate nearby communities like the town of Whittier.

Petley says an event similar to what seems to have happened in India this week occurred in Peru, not far from Macchu Picchu, where a slide near the glacial peak Salkantay triggered deadly flooding in 2020.

“It is fair to say though that these events might be increasing in frequency as a result of climate change,” Petley concludes.