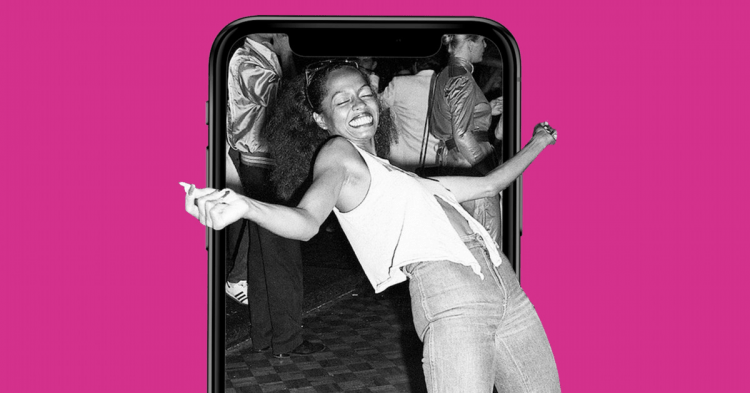 An iOS app called Vybe Together that promoted private parties during the COVID-19 pandemic has been removed from the Apple App Store, had its account on TikTok banned, and scrubbed most of its online presence. It’s unclear whether Apple or the app’s creators removed it from the App Store.

Vybe Together billed itself on TikTok and its website as a place to organize and attend underground parties, using the tagline “Get your rebel on. Get your party on.” Organizers would have to approve everyone who wanted to attend, and the ones that got approved would receive the address two hours before the event. Most of these gatherings would have been illegal under current US pandemic restrictions — which may explain why the app required you to submit a profile for approval before you were allowed on.

Calling a phone number on Vybe Together’s site connected The Verge with someone who identified themselves as Albin, one of the app’s co-founders. They said that the app had a few thousand users, and that a few thousand additional applicants had requested access to it since the company started putting videos on TikTok. Applying involved submitting your Instagram handle and uploading pictures of you partying to the service, presumably to make sure that you weren’t someone who was going to spill the beans about the events.

Vybe Together largely had a low profile before today, although it was mentioned in at least one EventBrite invitation to a New York party in September. It received wider exposure after The New York Times reporter Taylor Lorenz critically tweeted screenshots of the website and described it as an app for “finding and promoting COVID-unsafe large, indoor house parties.”

Vybe Together’s now-removed FAQ page acknowledged the danger of the pandemic, but it said the app was designed to promote “small gatherings” rather than “big parties.” (Smaller gatherings of people from different households can still spread the coronavirus, creating chains of infection that extend far beyond the original event, putting people who didn’t attend the party at risk.)

It’s unknown whether the app substantially contributed to people holding unsafe events, although it promoted “gatherings every weekend” — including an upcoming New Year’s Eve party — in a TikTok video. The Vybe Together app had only 25 ratings before being removed, and its Instagram page has under 1,000 followers. In a statement to The Verge, TikTok said the account on that platform had only 139 followers when it was removed. The app appears to have launched previously under the name Trendies, a name mentioned on its now largely empty Instagram page.

Vybe Together’s website also advertised a “Vybe House” for the 2021 Zamna Festival music event in Tulum, Mexico. The house’s pictures correspond to an Airbnb listing for a rental called the Casa Remy Villa. However, the listing’s manager couldn’t confirm the existence of a “Vybe House” event to The Verge. “We have rented the villa to some influencers,” said the owner, who had “no idea” if any renters were linked to the app. “But they know parties aren’t allowed of any kind as they are forbidden by authorities during [the] pandemic, with the risk of shutting down the property and a huge fine.” The Airbnb host also notes that the Zamna festival was recently postponed to April — not the January dates listed on its website.