Analysis: Kim Jong Un is cutting off his economic lifeline, China, to stave off Covid-19 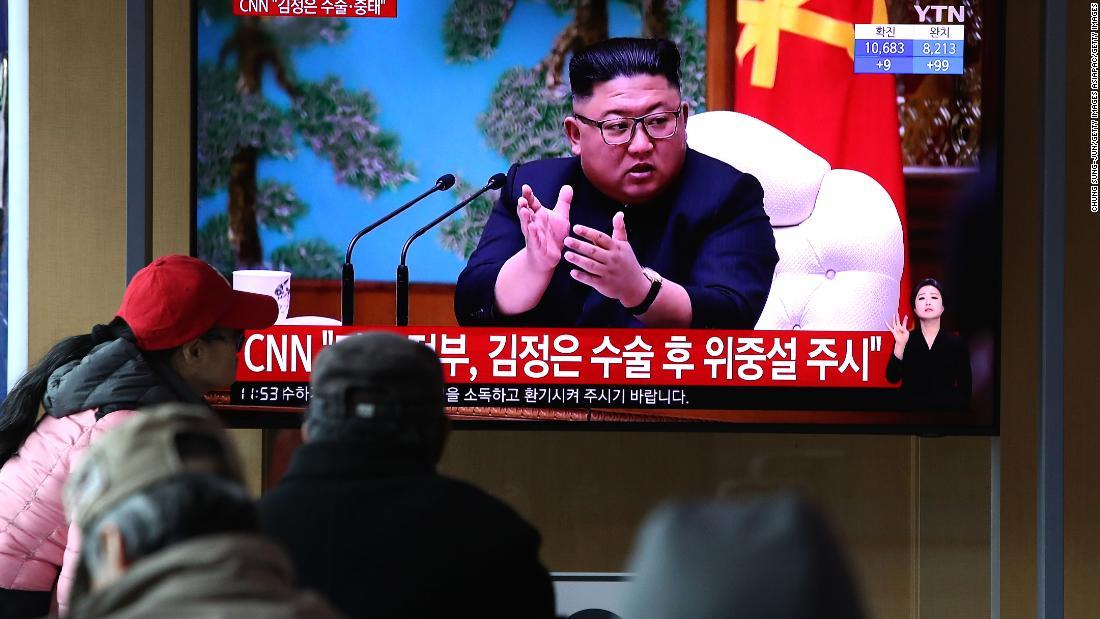 Beijing exported just $253,000 worth of goods to Pyongyang in October — a drop of 99% from September to October, according to data published by China’s customs administration. For context, that’s less in terms of dollar value than China exported to Liechtenstein and Monaco during October.

China is North Korea’s biggest trading partner and effectively the Kim regime’s economic lifeline — the country basically doesn’t import significantly from anywhere else. Before major UN sanctions were put in place as punishment for North Korea’s nuclear weapons program in 2016 and 2017, Beijing accounted for more than 90% of Pyongyang’s foreign trade.

The new customs figures, if accurate, show that Kim appears to be willing to pare back — or even cut off — trade with China to prevent the virus from entering North Korea, even if it means risking the country’s food and fuel supply. The move is even more extreme considering mainland China is only reporting a handful of cases each day.

North Korea has not publicly acknowledged the drop in trade, or the reason behind it, but the pandemic is the most likely explanation. Kim reportedly had two people executed for Covid-19 related crimes, including a customs official who did not follow virus prevention rules while importing goods from China, a South Korean lawmaker said after being briefed by the country’s spy agency.

CNN has not been able to independently confirm news of the execution, nor have North Korean officials publicly confirmed it. But if true, the killing is another sign of just how seriously Kim is taking Covid-19.

North Korean state media reported Sunday that authorities were enacting new, stricter anti-epidemic measures across the country, including increasing the number of guard posts at border crossings and tightening the rules of sea entry in coastal areas. Authorities have even been ordered to “incinerate seaborne rubbish.”

Pyongyang’s decision to scale back imports from China has affected trade in the other direction. The October customs data, from Beijing, showed that Chinese imports from North Korea are down 74% year-on-year. That’s forced industries in China, such as hair and wig manufacturers, to search elsewhere for cheap labor.

Chinese hair factories often outsourced intensive manual labor to North Korea, sending in raw materials and paying North Korean companies to have their workers finish the products. But since the North Korea-China border closed in January to prevent the spread of Covid-19, the trade flow dried up and prices soared.

North Korea was one of the first countries in the world to shut its borders when news of Covid-19 emerged from Wuhan, China. Almost all travel into the country ceased shortly after, and this summer the city of Kaesong was placed under lockdown after reports that a defector may have brought the virus in. North Korean state media regularly carries pieces reminding its people on the importance of its emergency anti-epidemic campaign.

Experts believe Pyongyang’s vigilant response is in place because Kim’s regime recognizes just how much trouble it would have containing a pandemic that has overwhelmed some of the world’s best health care systems.

North Korea’s crumbling health care infrastructure is unlikely to be up to the task of treating a large number of patients sickened with a virus that the global health care community still does not fully understand. North Korea already has trouble treating other infectious diseases such as tuberculosis.

Defectors who have fled the country and aide workers who have volunteered there say North Korean hospitals and medical facilities are often dilapidated and lack proper equipment and medicine. People who fled during the famine of the 1990s shared stories of amputations done without anesthesia or doctors selling medicine to buy food to survive.

Pyongyang has not publicly admitted to a single case of Covid-19 within its borders, but many question that an infectious disease that has killed more than 1.4 million people worldwide and infected 62.6 million did not make it inside North Korea.

Evans Revere, a former US assistant secretary of state for East Asia and the Pacific, believes the latest steps taken by the Kim regime “suggest that an already serious situation — the pandemic — has gotten a lot worse.”

Revere said the situation in North Korea is looking particularly dire because of a combination of factors that the pandemic is exacerbating: severe weather, potential crop shortages, the impact of international sanctions, and cutting off trade with China. These are major challenges that Kim must deal with as his country prepares for an important meeting of the ruling Workers’ Party in January, where a new five-year plan is expected to be announced.

“The fact that we’re getting so many reports suggesting that there’s been a massive lockdown and crackdown and possible executions, tells me that something significant is up. And it’s it doesn’t bode well for not only North Korea’s economy, but for the ability of many people to get by on a day-to-day basis in North Korea,” Revere said.

“This is a pretty serious situation for the North Korean leader, and this also may explain the relative quiet that we’ve seen from North Korea since the US presidential election. They may very well be inward looking right now and trying to figure out how to get through the next few months.”

North Korea has yet to comment on President-elect Joe Biden’s victory in the US elections. Biden will likely approach negotiations with Pyongyang much differently than President Donald Trump, who established a personal relationship with Kim in the hopes that it could lead to a diplomatic breakthrough.