Analysis: Why can’t Nigeria protect its children from Boko Haram? 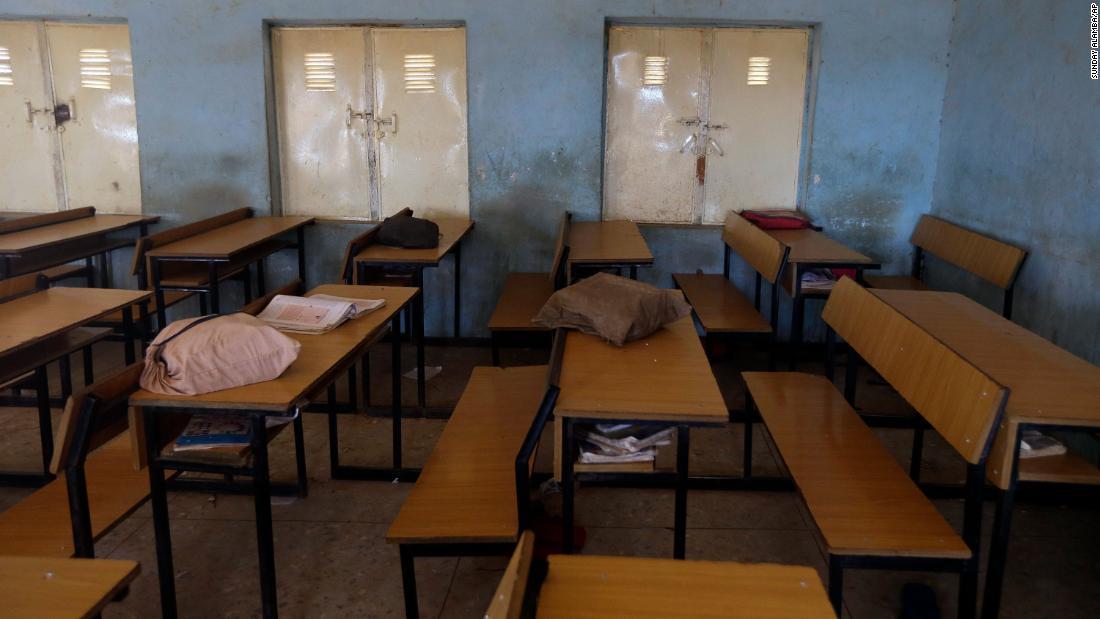 A large number of attackers riding motorbikes ambushed the children at the school.

“They said they were not here to rob us, that we shouldn’t run. ‘We are going to help you,'” said 13-year-old Khalid Yargobe, who escaped over a wall with scores of his classmates as attackers breached the wall of his school.

While kidnapping for ransom by criminal elements in Katsina state have seen a disturbing increase, an abduction of this scale is unheard of.

It is a reminder of the brutal kidnapping of 276 girls from Chibok in 2014 by terror group Boko Haram. More than 100 of those girls never returned home.

On Tuesday, an audio message surfaced claiming responsibility for the kidnapping, purportedly from Abubakar Shekau, the leader of a faction of terror group Boko Haram.

Katsina State governor Aminu Bello Masari told CNN that officials have yet to see any concrete evidence that the boys were taken by the group.

But if the claim is true, it is a deeply disturbing shift of the influence of Boko Haram. For a decade, various factions of the group have killed tens of thousands of civilians, and displaced millions, in their stronghold hundreds of miles away in northeast Nigeria.

While clearly politically motivated, there was some truth to his controversial declaration at that time.

In the months previously the Nigerian military, with international support and critical operational involvement from a coalition of regional states, pushed Boko Haram out of a huge swath of territory that the insurgents controlled in Borno State at the border regions.

In March of 2015, Boko Haram pledged allegiance to ISIS central in Syria and Iraq. Despite the clear ideological common ground between the two extremist groups, it was widely seen as a move made out of desperation as they were being hammered on the ground.

Pledging fealty to ISIS led to a leadership struggle and fracture, with Boko Haram splitting into at least two separate groups. One led by Shekau and the other calling itself Islamic State West African Province (ISWAP).

The loss of territory and infighting significantly reduced the threat of open combat, and the military freed countless kidnapped girls and women as they regained control.

Boko Haram then shifted even more to brutally unconventional tactics like suicide attacks, sometimes carried out by kidnapped girls.

But despite a relative period of peace, close observers of the Lake Chad basin believed there was always the threat of a resurgence.

To understand why, you need to look at the origins of Boko Haram itself.

The group emerged in the early 2000s in Maiduguri, in Borno State. “Boko Haram” is really a nickname — their official name translates to “People Committed to the Propagation of the Prophet’s Teaching and Jihad.”

But the nickname is apt — it means “education” or “western education” is forbidden and the group’s origins can be explained, in part, by their strict Salafist interpretation of Islam.

For several years Boko Haram grew relatively peacefully — drawing supporters angered by the perceived threat of western education and morals coming from the federal government and seeping in from Nigeria’s south (which is largely Christian). They also tapped into popular frustration at high levels of corruption and ineptitude from the state.

But it is impossible to attribute any single factor to Boko Haram’s rise.

Some argue that the terror group’s evolution into its current violent form can be traced back to a significant security operation against its members in 2009. That mission led to its founder Mohammed Yusuf’s capture and killing.
Just last week, the international criminal court at the Hague accused both the terror group and the Nigerian security forces of potential crimes against humanity.
A staggering 10,000 people, many of them children, have died in detention during the conflict, according to a report by Amnesty International released in May.

In the Africa context, this cycle of violence between the state or conventional militaries and extremist insurgencies have played out in the Lake Chad region, the Sahel, Somalia and, in a recent troubling addition, Northern Mozambique.

It’s debatable whether Boko Haram ever enjoyed broad popular support in some regions. But their recent activity has eroded what support they did have and led to public anger.

Earlier this month, a group of militants on motorcycles killed more than 100 men and women near Maiduguri. They were part of a farming community.

According to Mohammed Awwal, a member of a local vigilante group, the attacks were reprisals because the community refused to give Boko Haram their food, a mafia-style arrangement that had previously kept them safe.

“They tied their hands behind their backs and cut off their heads,” Awwal said, quoting an eyewitness.

However you explain their origins, Boko Haram has long been an insurgent group that preys on civilians, a parasite, really: taking food; women and girls as wives or slaves; kidnapping boys to ransom, swap for prisoners, or put into the field of battle.

But despite assurances from the government, the military and police aren’t always viewed much better by many Nigerians. The recent #ENDSars protests are an offshoot of this anger.

Ultimately, there is broad consensus that guns alone won’t extinguish the threat of Boko Haram for good.

To do that, there needs to be a wholesale change in strategy that broadens the focus to building community trust and opportunities. A focus on reconciliation, not violence. And for politicians brave enough to do it.