Home General Analysis | Why did Oli recommend to dissolve Parliament?

Analysis | Why did Oli recommend to dissolve Parliament? 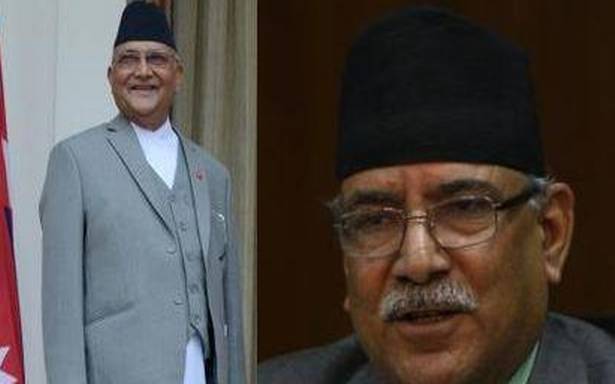 2020 was planned as “Visit Nepal Year” by Prime Minister K P Sharma Oli. Supported by good flow of remittances and a robust forex reserve, Nepal was looking forward to make the most out of the year. It expected to capitalise on the tourism sector and planned to declare itself as a Himalayan power with a brand new global think tank meeting called “Sagarmatha Samvaad”. At the end COVID-19 and political crisis inside the ruling Nepal Communist Party prompted Mr Oli to take an unscripted path. Why did Prime Minister Oli dissolve the Parliament in Kathmandu when the house had two more years to serve.

One of the main issues was the growing dissatisfaction over Mr Oli’s handling of COVID-19 pandemic which drew relentless criticism from his party colleagues especially from stalwart leaders in the Central Committee and the Standing Committee of the party. Together these committees work like the politbureau of a typical communist party.

The factors that prompted PM Oli did not emerge overnight but were present in the Nepalese system from the very beginning of the year.

One of the first to criticise Nepal government’s handling of COVID-19 was Pushpa Kamal Dahal Prachanda who used the pandemic to seek transparency in the government’s handling of the crisis. Prachanda did not avoid strong criticism of the government and even mentioned the need to investigate reported irregularities in his parliament speeches. Mr Prachanda kept reminding the country about the need to have wider discussion on COVID-19 handling even during the vote and discussion on the Kalapani dispute in the Parliament. PM Oli hit back at his critics on the COVID-19 issue in his own style and cited the “southern border” of Nepal – a synonym for India – as the reason for the increasing COVID-19 count. His critics pointed at a hint of scandal in the health sector because of the government’s allegedly non-transparent purchases to deal with the pandemic requirements. Nepal is yet to zero down to a viable vaccine as a result of the disorder in this crucial matter.

As the COVID-19 count increased in Nepal, Prachanda kept up his attack on the Prime Minister. Mr Oli responded by resorting to diversionary tactics. He repeatedly raked up the India hand and even went to the extent of claiming the existence of “real” Ayodhya is inside Nepalese territory.

Sensing opportunity, the critics inside the Standing Committee led by Prachanda and former Prime Minister Madhav Kumar Nepal urged Oli to agree to the “one man, one post” formula. Under this Prime Minister Oli would cease to be a Co-Chair of the party and give organisational control to the other Co-Chair Prachanda. Both the leaders held around a dozen meetings on this issue which however failed to move Mr Oli from his position. In the face of continued deadlock, the Standing Committee with its block of pro-Prachanda members repeatedly summoned the PM to explain the government’s functioning but PM Oli on more than one occasion skipped such consultations.

Apart from internal issues, there is also a geopolitical angle that hastened Oli-Prachanda conflict with Oli supporting Nepal joining US-backed Millenium Challenge Corporation and Prachanda opposing it on grounds of sovereignty. The discussion on this also failed to move the Standing Committee to Oli’s favour stalling a final decision. His critics accused him of isolating Nepal in the international arena because of diplomatic spat with India on the Kalapani dispute. They pointed out that US officials chose to visit Dhaka but avoided Kathmandu.

Prof Achyut Wagle however says that the breakdown in the political dialogue inside Nepal Communist Party is largely because of Oli’s hunger for power. “It’s a suicidal move for PM Oli to call for election as there is no scope for such a move under the constitution. At least eight writ petitions have been filed in the Supreme Court already and there is no way that he can win a case in the court,” said Mr Wagle.

At the end apart from the internal challenges, Mr Oli will be remembered as the first Prime Minister under the 2015 constitution who staked his political career to deal with the inherent instability of Nepal’s part communist and part parliamentarian system. Though the Parliament is elected by the people, the Prime Minister being true to his background in Maoist struggle has to be endorsed by the powerful committees. The party element was from the Maoist struggle in Nepal and the parliamentary system is from the past democratic movements in the former kingdom. Mr Oli ultimately failed the test set up by powerful members like Nepal and Prachanda from the committees which led to his lack of majority in the parliamentary party of NCP. He has therefore acted first to avert a no-confidence motion that was being mooted by some of his colleagues. Oli made the first move and has succeeded with help from the President. But for the success of his “coup” he also requires support from the judiciary and parts of NCP. The coming days will determine if Oli will pass the biggest test of his career.