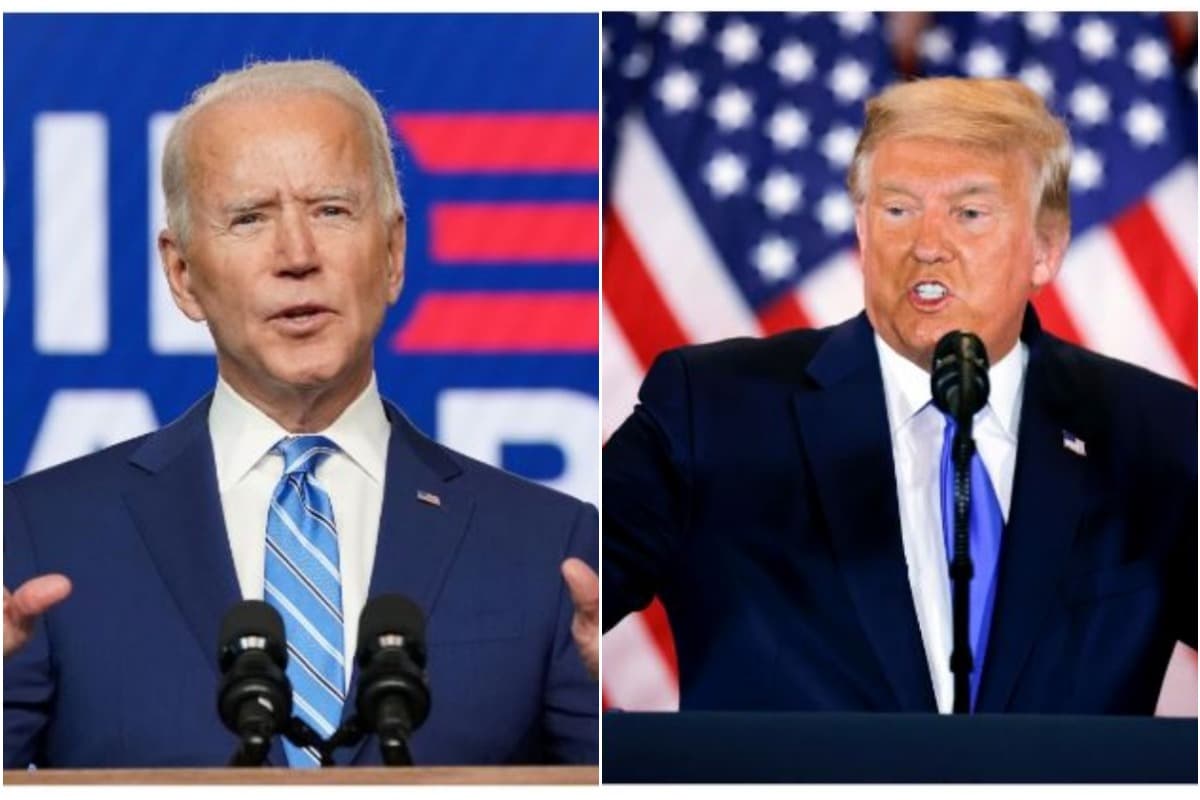 , a fact that’s beginning to draw some attention days after the first shots in the US were administered.

Special cases. While one is currently leading the federal government and the other soon will be and both are in their 70s, neither falls specifically into the two groups that the US Centers for Disease Control and Prevention recommends should get the first wave of vaccines: health care workers and people in long-term care facilities. See those recommendations and the detailed process that led to them on the CDC’s website.

But there’s always a special category for leader of the free world, and no one is going to seriously argue they shouldn’t get the shot quickly; they both have an important role in transmitting to Americans that the vaccines are safe.

This will be messy. CNN’s Maggie Fox writes this initial period of vaccination is going to be very messy and could shake confidence. She outlines how people will have to wait, the vaccine line will seem unfair and there will be side effects, vaccine scares and mistakes. People are just going to have to deal with it, she writes.

Dr. Anthony Fauci, the nation’s top infectious disease specialist, said Tuesday on “Good Morning America” that both men should get the vaccine ASAP.

“You still want to protect people who are, you know, very important to our country right now,” said Fauci, the director of the National Institute of Allergy and Infectious Diseases.

For Biden, who has never tested positive for Covid, it seems like a no-brainer that he should be among the first. Biden has told CNN’s Jake Tapper he’ll get the vaccine in a public place to build confidence in it. People familiar with his plans say Biden is likely to get his shot next week.

But there is a complicating factor for Trump, who had the disease in October.

It is not that he should not get the vaccine. He ultimately should. Clinical trials suggest the Pfizer/BioNTech Covid-19

vaccine is safe and likely effective in people who were previously infected, and the CDC’s Advisory Committee on Immunization Practices was told at a meeting Saturday that the vaccine should be offered to them, although perhaps not until following the 90-day period after which reinfections are rare.

Previous treatments. The complication is that Trump was treated aggressively when he contracted Covid and it’s not clear how that treatment will affect the vaccine, which suggests his vaccination should be deferred by at least 90 days.

Trump’s diagnosis was made public October 2, so he perhaps should wait until January. A White House official told CNN on Wednesday that the President is in fact still receiving benefits from his treatments and would wait to be vaccinated, although Vice President Mike Pence is expected to get a vaccine soon and a number of Pentagon officials were given the vaccine Monday.

“People working in the White House should receive the vaccine somewhat later in the program, unless specifically necessary,” Trump said on Twitter. “I have asked that this adjustment be made. I am not scheduled to take the vaccine, but look forward to doing so at the appropriate time. Thank you!”

Not eager to get the shot. According to a CNN report Tuesday quoting an anonymous source, Trump “has not appeared particularly eager to be seen getting the vaccine” despite touting its development and wanting to take credit for it. That is partly because he already had coronavirus

and doesn’t want to be seen as skipping the line.

Half doses could reach more people, but be less effective. A more pressing question for the country as a whole may be whether current supplies of the vaccine, which requires two doses to be most effective, should be given as single doses in order to cover more people. The government and vaccine producers are sticking by the two-dose recommendation. But there are certainly calls to study whether less vulnerable populations who get it later on could be covered in this way. Those questions may become more urgent if there are delays in production or fewer vaccines than expected are approved in the coming months.

Ultimately, the debate will turn from who should get the vaccine to how to convince more people to get it. The number of Americans who said they would be comfortable getting it rose from 63% in September to 71% in a Kaiser Family Foundation survey released this week.

Large number hides important details. Black Americans, people living in rural areas and Republicans are not as confident about the vaccine.

And while a third of Americans want to act ASAP, 39% said in the survey that they would “wait and see” how this initial rollout of vaccinations goes.

Convincing the anti-vaccine set. “About 15% said they would ‘definitely not’ get a Covid-19

vaccine. This group is disproportionately made up of Republicans and of people with no more than a high-school level education,” Kaiser said in a statement.

In part to address these concerns, Fauci said he’ll get vaccinated as soon as this week, when a shipment comes to the National Institutes of Health campus. And he’ll do it on camera.

Trump could be the most important emissary to those most skeptical groups, but there are already concerns that he won’t want to push confidence in the vaccine if he doesn’t feel he’s being given proper credit for being in charge during its development.

Here’s a timeline for who might get vaccinated in which month and when (This borrows heavily from a a recent report by CNN’s medical team and I’ve put their words in italics):

December: First in line — 21 million frontline health care workers and support staff and 3 million residents of long-term care facilities who have been hardest hit by the pandemic.

February: States may have hit their stride on vaccinating residents. Vaccination campaigns may move beyond hospitals and nursing homes, rehabilitation centers and other such facilities to pharmacies and medical practices.

Also, additional vaccines may be coming online for FDA authorization.

March: Anyone healthy and under 65 who is not an essential or high-risk worker would not be thinking about vaccination yet.

April: This could be when we enter Phase 2 of vaccine rollout, which could include K-12 teachers and staff and other child care workers, as well as other critical workers such as retail workers and transportation workers. This group could also include people in homeless shelters and all people over 65 who were not already included in phase 1.

Getting this far out, there is some disagreement among experts about how many people will have been vaccinated.

Fauci has said he hopes healthy people could be getting their shots by April.

(Biden’s goal is for more than 100 million Americans to be vaccinated by his 100th day in office, which falls on April 30.

May: Young adults and children would have to wait until Phase 3 and under other scenarios that’s likely to be May at the soonest — perhaps June or later, depending on what ACIP decides, what the vaccine supply looks like and how smoothly distribution is going.

Profitable companies laying off Americans — We’ve written a few times in this newsletter about the divergent paths of the economy and employment on the one hand and the stock market on the other.

Here’s more proof, from The Washington Post, that what helps your 401(k) does not necessarily help everyone stay employed.

The paper crunched data from the 50 most valuable companies in the US and found 45 of them were profitable last year.

Separately, 27 of them cut their workforces, which means these companies performed for investors, but shed more than 100,000 jobs.

Or, as the Post writes: “The data reveals a split screen inside many big companies this year. On one side, corporate leaders are touting their success and casting themselves as leaders on the road to economic recovery. On the other, many of their firms have put Americans out of work and used their profits to increase the wealth of shareholders.”

Here’s the latest on Capitol Hill negotiations — A pre-Christmas stimulus package could include $600 checks for many Americans but would cut out money for states Democrats had wanted and indemnity for companies that Republicans had wanted. Stay tuned.