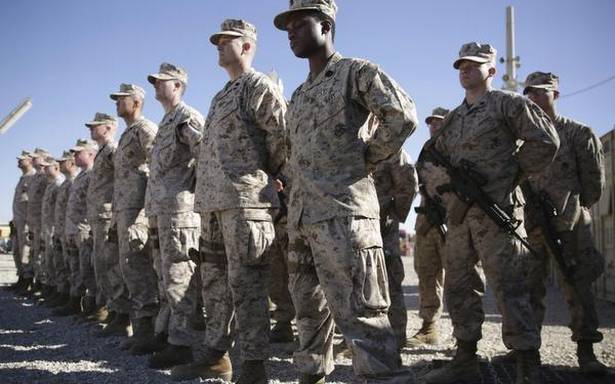 With the U.S. prepared to reduce its troop presence in Afghanistan to about 2,500 by January 20 — the inauguration day for the new President — Afghanistan is bracing for an uncertain future.

The Taliban, who were ousted from power in 2001 after the U.S. invasion and have since been fighting both foreign troops and the Afghan government in Kabul, now control more than half of the country and contest the whole of it.

Also read: The Doha-Kabul journey as a road to nowhere

In February this year, the U.S. reached an agreement with the Taliban after prolonged negotiations in Doha, Qatar’s capital, where the insurgents have a political office. According to the agreement, the U.S. would withdraw all of its troops from Afghanistan in 14 months in return for assurances from the Taliban that they would not allow Afghan soil to be used by transnational jihadist organisations such as al-Qaeda and the Islamic State.

On Tuesday, Afghanistan’s Tolo News TV channel reported that the negotiating sides agreed to include the U.S.-Taliban deal and UN endorsements for Afghan peace process in the upcoming talks in Doha. Experts see this as a breakthrough as the Taliban was resisting including the deal with the U.S. in the talks with the Afghan government.

Also read: The cost of peace: on intra-Afghan talks

But the Taliban, while holding talks, continued its offensive. Since February, when the agreement with the U.S. was signed, the Taliban have conducted more than 13,000 attacks nationwide, according to a Wall Street Journal report, which cited internal Afghan assessments.

“It is a time of uncertainty for the Afghan peace process. Months of delay, the Taliban’s resumption of violence, and [U.S. President Donald] Trump’s continued drawdown of troops in spite of slow progress have all given Afghans and observers cause for concern,” said Andrew Watkins, senior analyst, Afghanistan, at the Brussels-based International Crisis Group (ICG).

Echoing the assessment, Ruchi Kumar, a Kabul-based journalist, said: “The Taliban have given plenty of indications that they don’t intend to remain committed to the U.S. deal forever. There’s evidence that they’re still hosting al-Qaeda in Afghanistan.”

A UN report in June said ties between the two groups remained “close”.

“They are also targeting larger provinces and provincial capitals. Essentially, I get the sense that they’re doing more than just seeking a stronger negotiating position; they are exerting themselves militarily,” Ms. Kumar told The Hindu from Kabul.

According to a UN Assistance Mission in Afghanistan (UMAMA) report in October, nearly 6,000 Afghan civilians were killed in the first nine months of the year — 45% of the deaths were at the hands of the Taliban. The UNAMA said violence refused to die down even after talks began in Doha. In early September, day before the peace talks opened, there was an attack on the convoy of Vice-President Amrullah Saleh, who’s known for his hardline anti-Taliban views. Mr. Saleh escaped with minor injuries.

“The bad news is that Trump’s order (to reduce troops) likely reinforces the Taliban’s sense of ascendancy, and may encourage the group to maintain its aggressive posture across the country,” Mr. Watkins of ICG told The Hindu.

The U.S. has already pulled back some 7,500 troops from Afghanistan since February. It would also dismantle the massive base in Kandahar.

At present, the U.S. and coalition troops are not directly involved in frontline combat. They provide training to Afghan troops, but American air power is a critical ally of Afghan forces that resist Taliban’s repeated attempts to take over big population centres. In recent times, the Taliban made several bids to take control of Kunduz in the north and Helmand in the south, but were fought off by Afghan special forces with help from U.S. jets.

“With the U.S. leaving at such a crucial point, it not only deprives Afghan forces of the support they need, particularly the air power, but also affects their morale. Soldiers I’ve talked to are under extreme pressure and dread the prospects of fighting without the support of their American allies,” Ms. Kumar said.

But all is not lost for the Afghan government, which has hundreds of thousands of soldiers fighting for it and has backing in urban centres. Much would depend on the policy Joe Biden, the President-Elect of the U.S., would take towards Afghanistan and the outcome of the peace talks. Mr. Biden has said his administration would withdraw all American troops from Afghanistan in his first term, which ends in 2025. NATO has also committed to funding Afghan troops for four more years.

“The good news is that in spite of the challenges, both sides (the government representatives and the Taliban) remain at the negotiating table, and appear to have reached an early breakthrough,” said Mr. Watkins, referring to the initial agreement to include the U.S.-Taliban deal in the talks.

“The incoming U.S. administration has pledged to undertake any further military withdrawal “responsibly”, and in spite of the uncertainty, this may be a key moment for the peace process to reset and regain momentum.”

RELATED:  E.U. to Embark on a High-Stakes Coronavirus Vaccine Rollout