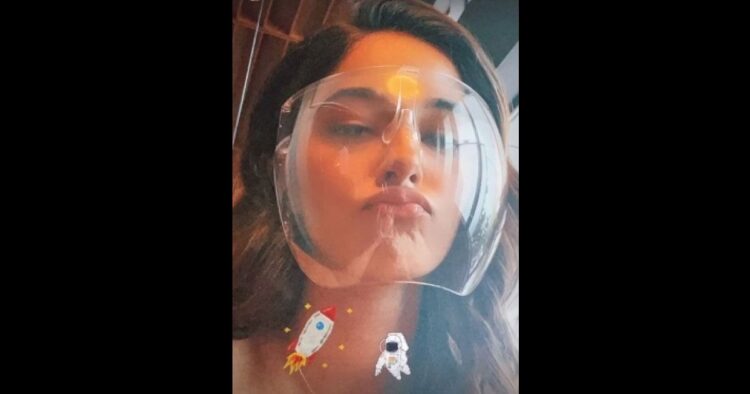 Bollywood actress Ananya Panday says she is in need of some space, in a quirky new post on social media.

The Liger star posted a picture on Instagram where she is seen wearing a face shield. Giving the caption a funny spin, she wrote: “Need some space.”

Ananya Panday will be seen in the film Liger opposite Telugu star Vijay Deverakonda. The film has been directed by Puri Jagannnadh. Produced by Karan Johar, the film is scheduled to release on September 9.

She also stars in Shakun Batra’s untitled next with Deepika Padukone and Siddhant Chaturvedi.

Ananya made her Bollywood debut with “Student of the Year 2” in 2019. She was also seen in the film “Pati Patni Aur Woh” after that.

Must Read: Dia Mirza Trolled For Announcing Pregnancy Within 2 Months Of Marriage, Twitterati Remember Neena Gupta’s Struggle In The 80s