Home EntertainmentBollywood Ananya Panday On Watching Both Mirzapur Seasons In 3 Days, Says, “I Was Obsessed With It”

Ananya Panday On Watching Both Mirzapur Seasons In 3 Days, Says, “I Was Obsessed With It” 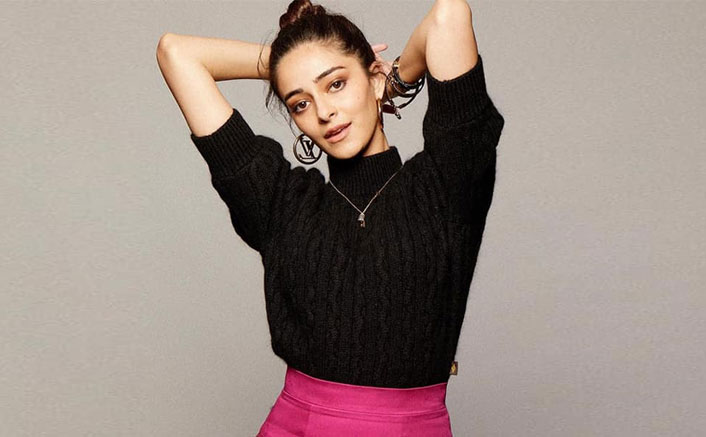 Bollywood actress Ananya Panday has shared some good memories from her lockdown experience. Unlike most people, she did not engage in multiple household chores. One a lighter note, she says she has been banned from all such activity by her family.

During lockdown, many celebrities took to social media to post their photos and videos sweeping, mopping or doing the dishes, but Ananya’s posts had nothing to do with such activities.

“I think I am banned from doing house work. I don’t think anyone in my family would appreciate it if I did any house work because I am not very good at it,” Ananya told IANS.

“I tried a little bit of everything, like I helped my sister in cooking. She didn’t allow me to do it, but I cleaned my closet. I kept my room really neat and clean. I guess that counts. I decorated my Christmas tree with my sister,” she quipped.

Spending time with family, of course, makes it to her good memories list.

“I got to spend a lot of time with my family. I got to watch a lot of movies and do a lot of stuff,” she said.

The time off made her binge-watch shows on OTT.

“I finished watching ‘Mirzapur’, both the seasons, in three days. I was obsessed with it. I think it’s such a cool show. It’s so well shot and all the performances are amazing,” said the actress.

“I also watched ‘Scam 1992: The Harshad Mehta Story’, which I thought was really interesting. Pratik Gandhi and Shreya Dhanwanthary’s performances were amazing,” she added.

Another show that she simply loved was “Fabulous Lives Of Bollywood Wives”, which revolves around the day-to-day lives of Bollywood wives including her mom Bhavana Pandey, who is actor Chunky Panday’s wife.

“I was in the show and I thought that when it would come, I wouldn’t watch it, but I couldn’t stop watching it. I binge-watched it in one night. It was really fun,” she said.

She wouldn’t mind doing a web series. “I watched a lot of content online. There is so much freedom to tell different stories, so I would love to do something like a web show. I am just waiting for the right one,” said the actress.

With cinema halls shut during lockdown, her film “Khaali Peeli” got a digital release. “When we shot the film, when it was narrated to us, we had a feeling that it would be a big screen film. It’s a full-on masala entertainer. It would have been so much fun to watch it on the big screen because it has a bit of everything – action, drama, romance and comedy so, it was a perfect theatre film,” she said.

“The initial reaction was…we were definitely disappointed because we wanted to watch it on the big screen and wanted others to watch it in theatres as well. But we understood the situation too. As long as people are getting to watch it, even if it’s at home, it’s fine for us. We just want people to watch the film,” she added.

Many films were digitally released in the last few months owing to the pandemic.

“You get to see so many amazing performances and different kinds of stories on OTT, so I feel that it has its own space,” she said.

“But I don’t think anything can ever replace the feeling of walking into a dark theatre, eating popcorn and sharing that collective experience like when there’s something funny, everyone laughs together, when there’s something sad, everyone cries together. I don’t think that feeling can ever be replaced. I really miss that. I want to go back to theatres once it’s safe,” she shared.

The young actress feels there is room for both — OTT and films — to co-exist. “Both make me equally excited,” she said.

Must Read: AK vs AK: Anil Kapoor Finally Reveals The Reason Behind Wife Sunita Not Being A Part Of The Project