Andhagan: Kollywood director KS Ravikumar to play a key role in the Tamil remake of Andhadhun? 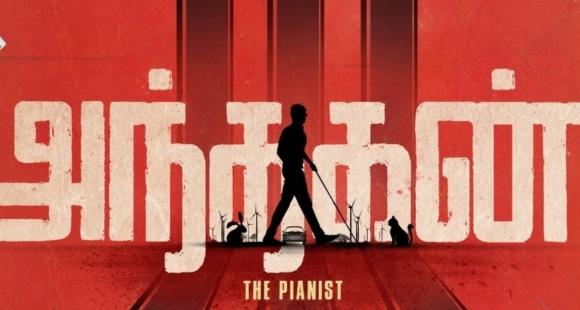 Directed by JJ Fedrick of Ponmagal Vandhal fame, Andhagan has Prashanth as the lead actor, while Simran will be reprising the role of Tabu from the original version. Andhagan: Kollywood director KS Ravikumar to play a key role in the Tamil remake of Andhadhun?

After a long wait, the makers of Andhadhun’s Tamil remake revealed the film’s title on the occasion of New Year. Titled Andhagan, the film has Prashanth as the lead actor. A new report has now come up stating that the film will have senior Kollywood director KS Ravikumar as a key actor. However, there is no official announcement regarding the same yet. A couple of weeks back, it was revealed that the film will have Simran reprising the role of Tabu from the original version.

It is expected that more details about the production process will be made soon. Hearsay has that senior actor Karthik will also be seen playing a key role, while Yogi Babu has also been brought onboard. Apparently, the pre-production is happening at a brisk pace. Reports suggest that director JJ Fredrick of Ponmagal Vandhal fame has completed the scripting work. The film is being bankrolled by Thiagarajan.

Meanwhile, the film is also being remade in Telugu, which will have Tamannaah Bhatia reprising the role of Tabu. Nithiin is playing the lead role in the yet-to-be-titled film. Merlapaka Gandhi will helm the film’s Telugu version. Nabha Natesh has been roped in to fill Radhika Apte”s shoes from the original. Andhadhun Telugu remake had been the talk of the town since a very long time. N Sudhakar Reddy and Nikitha Reddy will back the remake under Shresth Movies banner. The film was rolled on floors earlier this week.