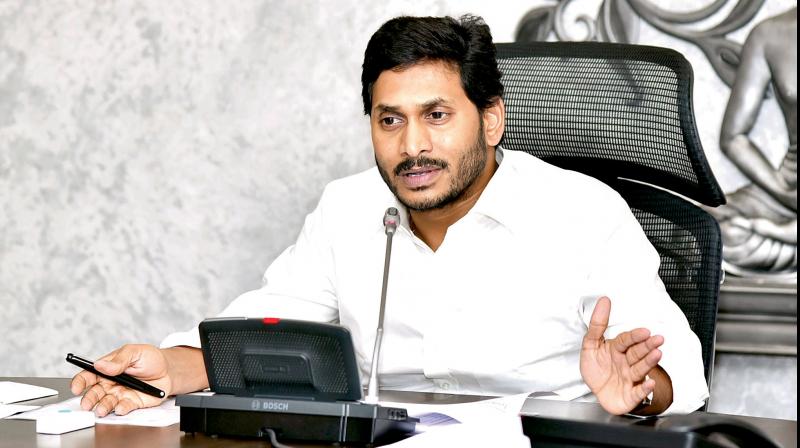 Nellore: Chief Minister Y.S. Jagan Mohan Reddy on Monday said the beneficiaries of the Amma Vodi scheme, whose children are studying in Class 9 to 12, can opt for a laptop instead of the financial assistance of `15,000 from the next academic year.

Addressing a large gathering after formally launching the second year Amma Vodi programme at Nellore on Monday, Jagan said the option is available for students availing ‘Vasati Deevena’ scheme. He also reminded his audience that the poor children missed online classes during lockdown because they did not have gadgets like a laptop or smartphone.

He said the government is also introducing computer literacy courses from Class 8 to allow poor students to compete with the children from the affluent families.

“Previous governments ignored the welfare of children because they are not voters. But today their paternal uncle has become the Chief Minister and he will protect their interests” the CM said.

He dwelt at length on the special attention being paid by his government to provide the best infrastructure in government schools to offer quality education.

Recalling the days of his Padayatra, Jagan said he had observed the pathetic conditions of the poor and labourers who failed to educate their children and he has now decided to support such children.

Because of such programmes, the Chief Minister claimed that the number of students who have migrated from private schools to government schools has been increasing significantly.

Stressing that the government has introduced the English medium in government schools for the benefit of the poor, the Chief Minister said it has launched a massive exercise to give a facelift to state-run schools by spending huge amounts of money on infrastructure.

Pointing to the measures to prevent dropouts and improve attendance in the government schools, he said village volunteers would visit the homes of the students not attending school for more than three days.

He said the government is deducting `1,000 from `15,000 for toilet maintenance in the schools as contribution gives a right to parents to question the bad conditions. In case of poor maintenance of the toilets, Jagan said students can call 1902 and his office would follow up on the complaints.