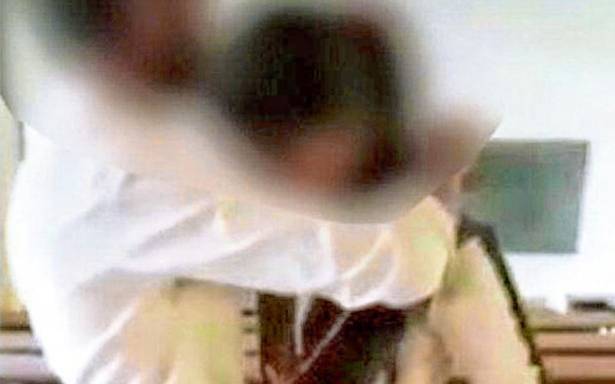 An alleged “child marriage” was performed in the classroom of a junior college in Rajamahendravaram in East Godavari district, the video of which is making rounds in social media groups.

Officials said the marriage was null and void and counselling had been given to the boy and girl. Police are investigating on who performed the “marriage” of the minors in the classroom.

The “bride” and the “bridegroom” studying Intermediate are classmates, said Andhra Pradesh Mahila Commission Chairperson Vasireddy Padma. The commission will provide shelter to a minor girl, she said.

The boy, aged about 17 years, who brought the “mangalasutra” along with him tied it to the girl in the classroom, which created a sensation. Later, he applied vermilion (sindhur) to the girl and the couple took photographs.

Another minor girl reportedly took a video of the incident and shared the footage with her friends. On knowing about the incident, the college management removed the names of the students from the rolls and issued transfer certificates immediately.

“The girl’s parents refused to allow her into the home. She was shifted to One Stop Centre for counselling. Mahila Commission members also spoke to the boy’s parents and counselled them,” Ms. Padma said on Saturday.

“We will record the statements of the two minors, their family members and the college management. The police will explain the consequences of the child marriage,” said a police officer.

“The marriage of minors in classroom highlights the poor knowledge of laws among students. Mahila Commission is conducting awareness programmes in colleges and universities against child marriages, POCSO Act and Right to Education Act,” said Mahila Commission Director R. Suez.