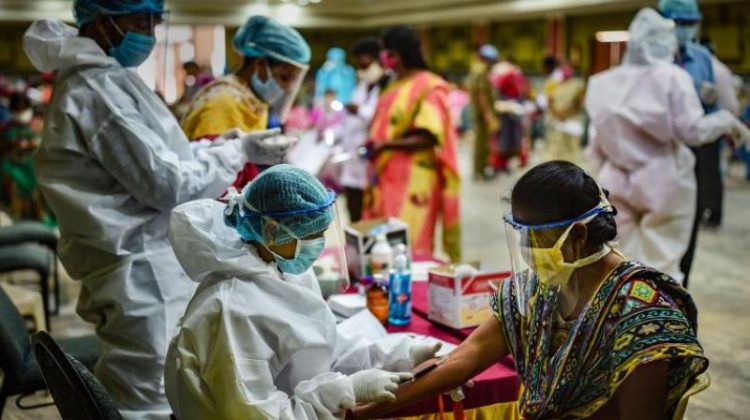 Vijayawada: The year 2020 threw a lot of challenges to the State government, more specifically the Covid-19 pandemic, which the administration not only contained well but also strengthened the medical and health sector. Further, the government increased the extent of YSR Aarogyasri scheme by incorporating many more diseases under its cover.

The State, led by Chief Minister Y.S. Jagan Mohan Reddy, made rapid strides in developing infrastructure and facilities in controlling the pandemic by widening the network and pressing into service the village secretariat system and closely monitoring the situation almost on a daily basis. It stood first in the number of tests per million in the country and its recovery rate was higher and mortality rate lower than that of the national average. Labs were established in a record time. ‘Trace, Test and Treat’ was the policy followed and ANMs, village and ward volunteers along with sanitation workers and medical personnel did a commendable job in containing the pandemic.

A household survey was taken up by volunteers on each and every demanding situation and adequate medical staff were recruited for Covid centres.
The data, as on Friday, shows that about 1.15 crore tests were conducted, covering nearly 20 percent of the population standing first in the country. About 8.80 lakh were infected with an average positivity rate of 7.64 percent, the death rate logged was 0.81 percent, which is considerably lower than the national average.

An effective control system was put in place by developing testing facilities, setting up of Covid care centres, and establishing a structured network right from 104 toll-free number to telemedicine. The number of virology labs went up to 150 when there was not even one before. The State has followed a decentralized model of sample collection centres and about 1,519 facilities acted as sample collection centres ranging from teaching hospitals to primary health centres and mobile units.

Government hospitals were revamped under Nadu Nedu. Green signal was given for commencement of 16 additional teaching hospitals, covering tribal areas as well.

The year started with Jagan Mohan Reddy, fulfilling his election promise with the launch of a pilot project on January 3 in West Godavari district, which provides medical cover for treatment costing Rs 1,000 or more and bringing 2,059 ailments under its purview from the earlier 1,059.

The scheme was extended to Vizianagaram, Visakhapatnam, Guntur, Prakasam, YSR Kadapa and Kurnool districts from July 16 covering 2,200 ailments. Later, it was implemented in Srikakulam, East Godavari, Krishna, Nellore, Chittoor and Anantapur districts. Procedures were increased by 234, taking the total to 2,436 on November 10.

During the year, the State recruited 508 Aarogya Mithras and 670 new help desks were set up in the network hospitals. About 1,404 ambulances of 108 and 104 were pressed into service.