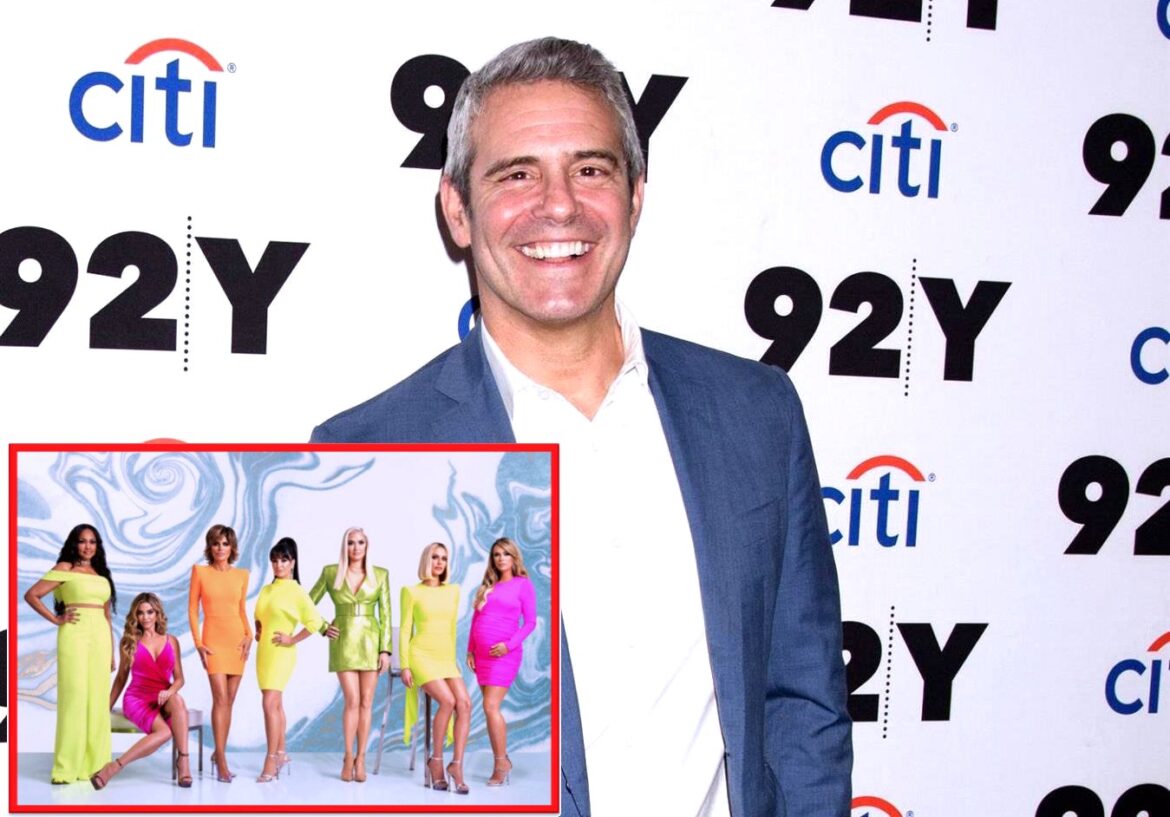 Andy Cohen confirms Erika Jayne has been “talking” about her estranged husband Thomas Girardi while filming season 11 of The Real Housewives of Beverly Hills.

Over the last few months, sources have claimed that Erika is “not holding back” when it comes to Thomas as she’s seemingly sharing as much as she legally can. According to Andy, these reports are accurate, and news of their divorce and impending legal drama actually broke while she was filming.

“She’s talking,” Cohen said with a dramatic tone on the B*tch Sesh podcast, which has been re-shared by Queens of Bravo on Instagram. “This is what you have to know: we started shooting Beverly Hills and everything was kumbaya. This all happened when we were shooting. She continued shooting.”

Fans have been concerned that the “Ice Queen” wouldn’t truly open up about her life, but the Watch What Happens Live host promises viewers will be satisfied with her storyline before admitting the RHOBH ladies haven’t always been the most forthcoming.

“You see a lot unfolding. … I think that you will be quite engaged with Beverly Hills,” he teased.

Andy added, “I understand people’s concerns about Beverly Hills. The rhythm is different on that show and they have – and they always have since season one – a sense of we’re all on a TV show that none of the other cities necessarily share with the same intensity. I think because they live in LA, and many of them are in the business, and I think it adds an overlay to that show where they’re not just doing a full trust fall for the cameras like you see on [Real Housewives of New York City] or [Real Housewives of Atlanta].”

Andy did not mention how Erika’s castmates are reacting to the drama, but sources say she’s receiving a great deal of support, especially from Lisa Rinna.

“She’s going to tell her story and she’s not going to hold back. In the past when they filmed, Erika protected Tom at all costs, but this time around is going to be different,” a source told Us Weekly in December, adding, “Rinna has been her biggest support among the cast.”

Since then, Dorit Kemsley has defended the “XXpen$ive” singer on Instagram by claiming Erika’s “innocent until proven guilty,” and Garcelle Beauvais recently revealed she was shocked by the divorce announcement, but she’s pleasantly surprised by how open Erika has been about it all.

Nevertheless, it seems there is at least one cast member who doesn’t feel it’s necessary to cut the star a break.

“Everyone but Sutton [Stracke] has been supporting her, but Sutton has been causing drama for everyone, so it’s not surprising she’s doing the same to Erika. It’s going to be all season that this goes on. The season is all about Erika,” a source stated.

The Real Housewives of Beverly Hills season 11 is expected to premiere on Bravo sometime in late spring or summer.

Bill and Melinda Gates are Divorcing after 27 years of Marriage