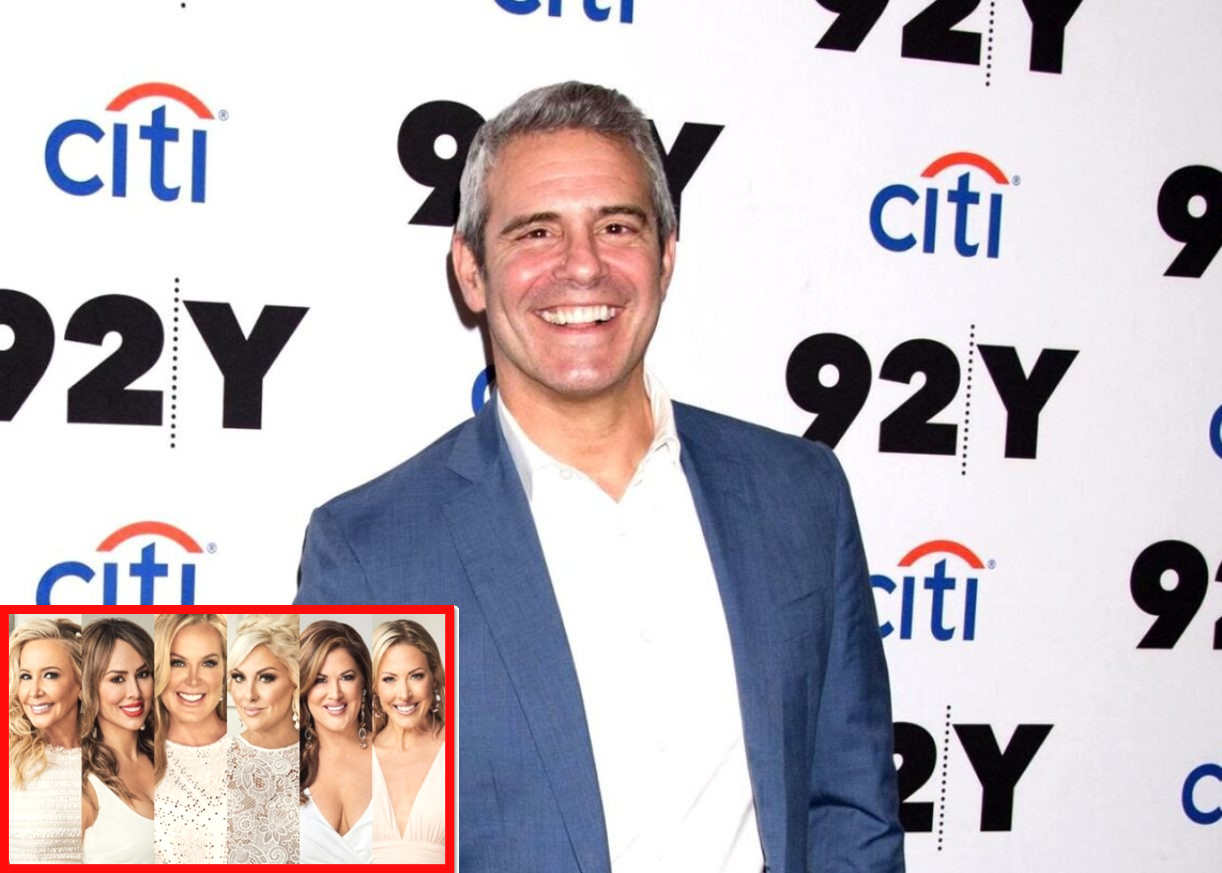 Following the conclusion of the two-part season 15 reunion on Wednesday, Andy was confronted by a couple of people online, including The View co-host Meghan McCain, who felt that the show had reached its end but voiced her desire for a Real Housewives of D.C. return.

Meanwhile, in a tweet of his own, Andy confirmed he was not on the same page with Evan and Meghan and said he believed the series simply needed a bit of a “reboot” ahead of its upcoming 16th season.

“I think you mean reBOOT,” he replied. 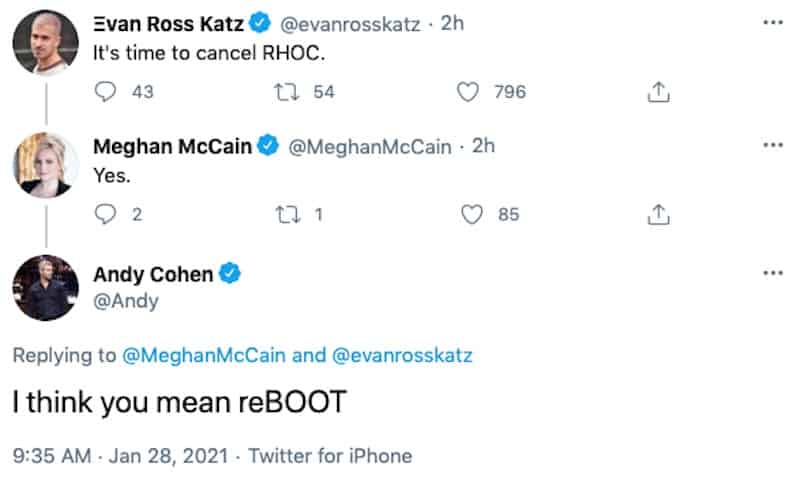 Also on Twitter on Thursday, Andy reacted to a message shared by Meghan in regard to the potential return of RHODC.

“I have thoughts…. also since I have both of your attention and currently live in the beltway – please Reboot DC housewives PLEASE!” she stated.

In response, Andy didn’t exactly confirm that the idea was possible. Instead, he made it clear that he was always a fan of the series, which was canceled after just one season over 10 years ago.

Six years after the cancellation of RHODC, it was seemingly replaced by The Real Housewives of Potomac, which is set to begin filming on its sixth season in the coming weeks.