Home General Angela Kinsey Gets Real About The 2020 Holiday Season

Angela Kinsey Gets Real About The 2020 Holiday Season 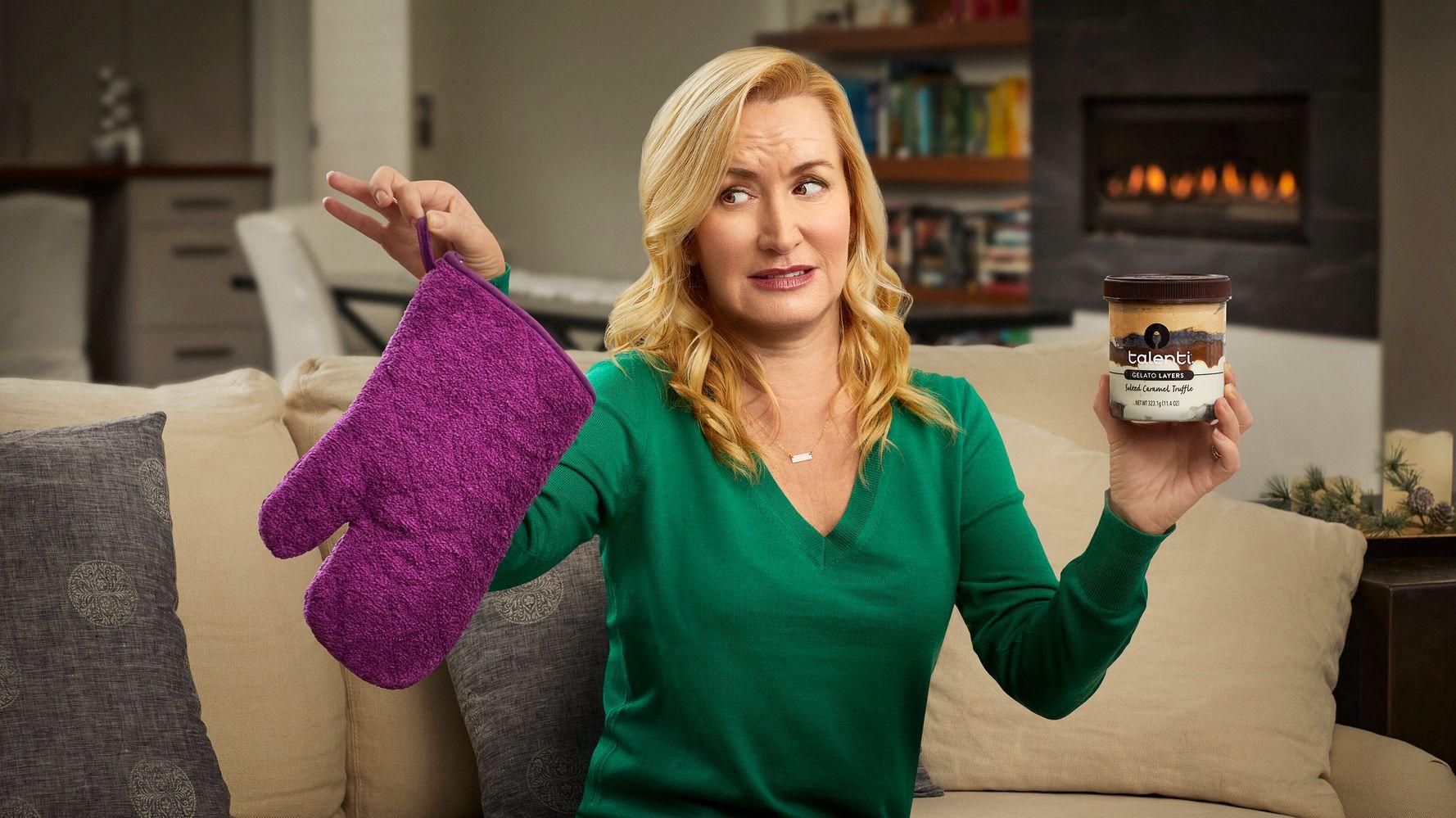 Angela Kinsey knows what it’s like to receive strange gifts around the holiday season.

An unexpected effect of her eight-year turn as the cold, cat-obsessed accountant Angela Martin on “The Office” has been its impact on the Christmas presents she receives each year. The actor told HuffPost that certain family members still tend to give her gifts that seem more geared toward her famous character than her actual self.

“We all have that weird aunt who maybe has decided that your character from ‘The Office’ loved cats, so now she must always send you cat items,” Kinsey joked. “Somebody maybe gets a cat calendar every year with a ‘Hang in there,’ like every year.”

This long-running gag is part of what inspired Kinsey to partner with the Ice Cream Shop for its “Ice Cream Exchange,” in which people can receive free and discounted frozen-treat deliveries in exchange for sharing tales of their most “underwhelming gifts.”

In an interview with HuffPost to promote the partnership, Kinsey opened up about her Christmas plans, helping her kids deal with 2020 disappointments, re-watching old “Office” holiday episodes, and more.

This holiday season is going to be different for Kinsey’s family, who had to cancel their plans to visit relatives due to the COVID-19 pandemic.

“We’re doing that out of an abundance of caution to protect our families,” she said. “We’re just trying to create fun at home. And there are some local hikes here that we want to try out, a few obscure hikes my husband has found. Otherwise, we’re going to be home in sweatpants eating ice cream, watching movies, playing board games.”

Kinsey has a 12-year-old daughter, Isabel, with her ex-husband Warren Lieberstein, whose brother Paul played Toby on “The Office.” She also helps raise her stepsons Cade, 10, and Jack, 12, with husband Josh Snyder.

While it’s been difficult for the family to be away from their loved ones for so long, Kinsey is focused on finding moments of joy in the holiday season while also giving everyone space to grieve the losses of 2020.

“One of the things I try to do with the kids, which is the same thing I try to do with myself, is just allow myself to be sad,” she explained. “It’s a bummer year, to put it lightly, and it’s OK to feel bad.”

Otherwise, they’ve been making good use of FaceTime and creating videos to send to her mom and sisters.

“There’s nothing more adorable than your 82-year-old mom trying to figure out how to make a video on her iPad,” the actor said. “That has really just kept us so connected. And our kids are loving that. They’ve been so creative with that. And they’re so resilient. I’m so proud of them.”

The holiday season has presented even more opportunities to be creative.

“I just love Christmastime and the holidays for baking and crafting,” Kinsey gushed. “I love all the smells of the holidays ― does that sound weird to say? And I just got us a craft kit. It’s level two, which might be too hard for me. But we’re gonna make our own Christmas trees out of paper.”

Kinsey imagines that Angela Martin, as the head of the party planning committee, would’ve hated having to host a Dunder Mifflin holiday party on Zoom. Admittedly, the format doesn’t lend itself to her strengths.

“Angela loved to craft ― remember her sugarplum fairy wands?” Kinsey recalled. “She would’ve hated a Zoom party, but she would’ve risen to the occasion because she’s not a quitter. There would’ve been rules: Dress appropriately. No shenanigans. She would be the Zoom host and would bump you out if you got too rowdy. And I’m sure there would be some games but they’d probably be lame by most people’s standards. Kevin would be muted the whole time.”

Like many of us, Kinsey finds comfort in rewatching old episodes of “The Office,” especially the holiday storylines around this time of year.

“One of my favorite scenes is in ‘A Benihana Christmas’ when I sing ‘Little Drummer Boy,’” she said. “I was so nervous because I don’t like singing in front of groups of people. It terrifies me. When Rainn Wilson as Dwight drops to a knee and holds the mic and starts going ‘Rum pum pum pum’ ― that wasn’t scripted. Rainn knew I was nervous and didn’t want to be up there alone, so he stepped up to join me. And in that moment when my character looks down and smiles at him, that’s not Angela Martin smiling. That’s Angela Kinsey being like, ‘Thank you, Rainn!’ because I couldn’t stay on beat. I’m horrible. I’m not meant to sing.”

While she has great memories from “A Benihana Christmas,” Kinsey said her absolute favorite holiday episode to shoot was “Christmas Party” from the second season ― mainly because of Angela’s reaction to the unplanned shift from a Secret Santa gift exchange to a white elephant party.

“My character loses her mind, and she goes outside and smashes ornaments and shrieks into the night!” Kinsey recalled. “And as an actor, that was so fun. I’ll never forget the first take when I was supposed to throw the ornaments ― they were supposed to shatter like glass. But they had bought ornaments that were like plastic, so when I threw them down, they bounced right back up. … We were running out of time and it wasn’t working, and then I was like, ‘Hold up, I got it.’ I threw the ornament, it bounced, I shrieked, and then I stomped on it. And that’s what made it in the episode.”

Lately, Kinsey is spending a lot of time reflecting on memories from the set as she records “Office Ladies,” her “Office” rewatch podcast with co-star Jenna Fischer. While their characters often butted heads in the Dunder Mifflin universe, Fischer and Kinsey are actually best friends in real life thanks to the years they spent working together on the show.

“We both have such a clear memory of the day we knew we were going to be best friends,” Kinsey said. “This sounds so dorky, like you’re reading from a 12-year-old’s journal ‘the day we became best friends!’ But it was when we were seated next to each other on a bench all day, like 12 hours shooting the basketball episode. We gabbed the entire day. We shared our whole life stories. By the end of the day, we held hands and danced through the parking lot on the way to our trailers. We were so excited!”

When she’s not rewatching those “Office” holiday episodes, Kinsey has enjoyed devouring the latest season of “The Crown” ― even making a meme tribute with Angela Martin photoshopped in as Queen Elizabeth.

“I did a semester abroad in England, and I just fell in love with it,” she said. “I am an anglophile. Anything I can consume that’s made in England, that shows any part of life there, I just love it.”

The meme also calls back to the “Office” episode when Dwight tells Angela she looks “as beautiful as the queen of England” in her skirt suit and hat at Phyllis’ wedding.