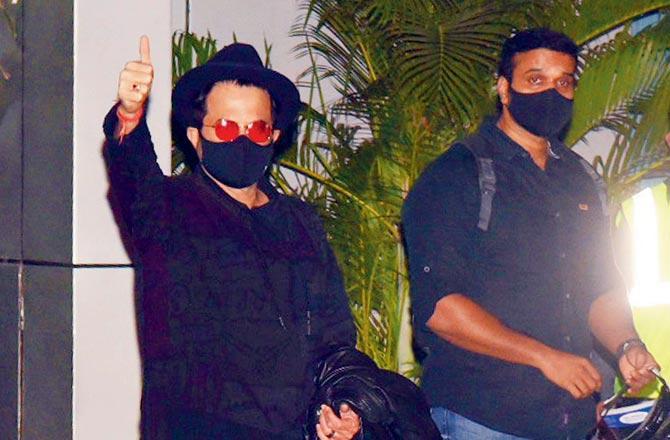 A source from the unit told mid-day, “The hotel was immediately disinfected, and Varun, Raj and Neetuji were put in isolation in their respective rooms. Their symptoms are mild so far, and are being monitored by doctors.”

Anil Kapoor, Kiara Advani, and Mismatched star Prajakta Koli, who also feature in the film, have tested negative for the virus. And now, Kapoor is back home safe and sound. Mr Jhakaas gave a thumbs-up sign on his arrival in a chartered aircraft. He quashed rumours that he had also tested positive.

“In the interest of putting any rumours to rest, I have tested negative for COVID-19. Thank you all for your concern and good wishes,” Anil Kapoor tweeted on Friday.

In the interest of putting any rumours to rest, I have tested negative for COVID-19. Thank you all for your concern and good wishes ðð»ð

The shoot has been stalled for three weeks due to the development.