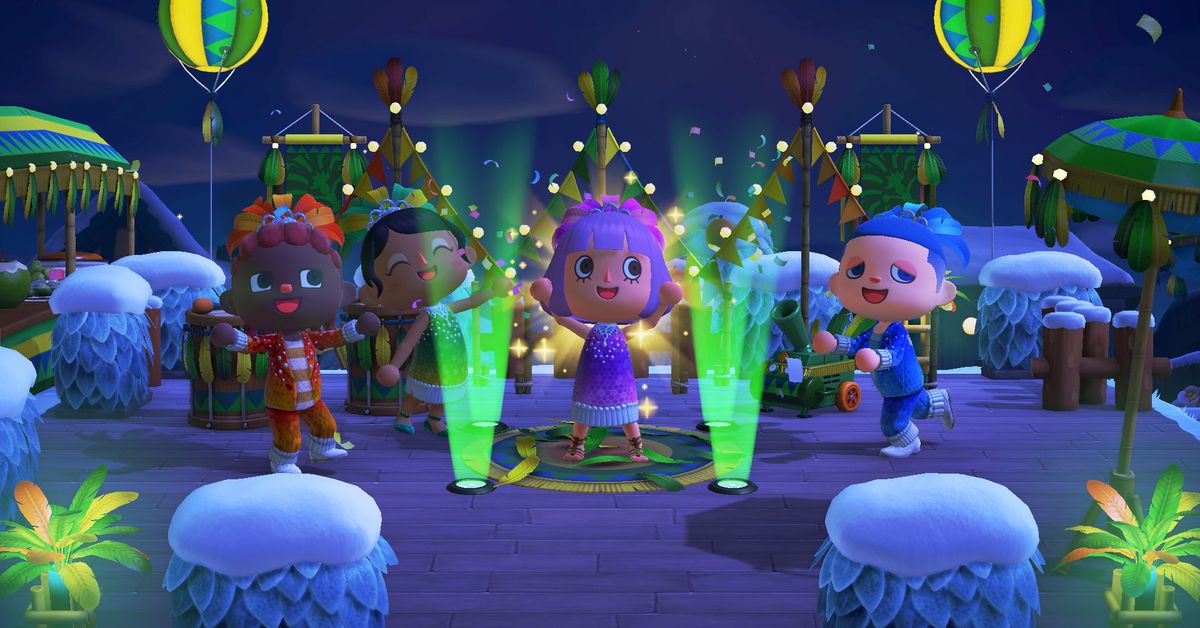 The next in-game event for Animal Crossing: New Horizons will bring a little more color to your island. Today, Nintendo revealed its next big update, the highlight of which is Festivale, a carnival-like event that will take place on February 15th. Here’s how Nintendo describes it:

Dancer Pavé will arrive to your island’s plaza to usher in some confetti and carnival spirit. On the day of the event you can capture colorful feathers floating on your island with your net and trade them to Pavé to receive a passionate dance number in return. Rainbow feathers seem to be an especially rare sight, so be sure to catch them and trade them with Pavé.

The event will also introduce new clothing options and reactions. It’s all part of New Horizons’ latest free update, which will be available to download on January 28th. In addition to Festivale, Nintendo also says there will be new items based on other upcoming holidays, including Valentine’s Day and Groundhog Day.

Perhaps the most exciting feature, though, was teased at the end: New Horizons is also getting an update in March, and it looks like it will be Super Mario themed.

Back to Top
Close Add post
X
The Alpha 1 is Sony’s new flagship camera with monstrous specs and a $6,500 price…Tech NewsSony has today announced its most advanced mirrorless camera yet: the $6,500 Alpha 1 features a new 50.1-megapixel full-frame sensor, is capable of co…

Animal Crossing: New Horizons’ next big event is a carnival