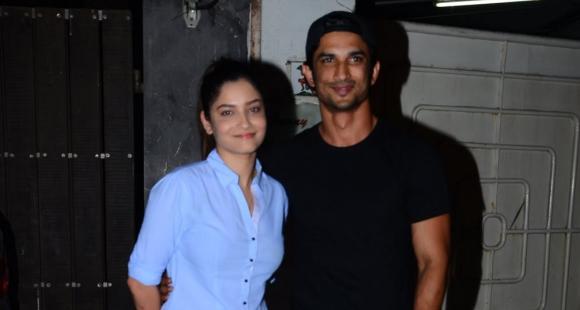 Ankita Lokhande said that the trolls don’t know her side of the story as she also went through depression but never spoken about the same in public.

Ankita Lokhande and late actor Sushant Singh Rajput dated each other for several years before they parted their ways in 2016. Now since, Sushant’s untimely demise in 2020, his fans are continuously blaming his former girlfriend Ankita. Although, the actress has been quite vocal about Sushant’s death case. Recently, during an Instagram live session, Ankita has given a befitting reply to Sushant Sing Rajput’s fans who blame her for everything. A few days back, when Ankita posted a dance video, SSR fans dropped lewd comments on her post.

Pointing out the same, Ankita said that the haters can unfollow her if they have any problem with her social media activities. “Jo cheezein mujhe achchi nahi lagti, main follow nahi karti. Lekin main doosron ke account pe jaake unko gaaliyaan nahi deti (I don’t follow those I don’t like. But I don’t go and abuse other people on their posts),” she added. Ankita has further said that she don’t get affected by trolls but her parents do get affected by their nasty remarks. Unke liye digest karna bohot mushkil hai ki log aise kyun gaali dete hai aur maine aisa kya galat kiya (They find it difficult to digest that people can be so abusive and wonder what I did wrong to get such comments),” the actress said.

She has also stated that the trolls don’t know her story, she also went through depression but never spoken about the same in public. Ankita said, “Jo log aaj mujhpar ungli utha rahe hai, woh mere rishte ko jaante hi nahi the shayad. Aur agar itna hi aapko tha pyaar, toh ab kyun aakar aap lad rahe ho? Pehle kahaan the aaplog jab saari cheezein khatam ho rahi thi humari life mein. Aaj mujhe blame kiya jaata hai, par meri koi galti hi nahi hai (Those who are pointing fingers at me today perhaps knew nothing about my relationship. And if you had so much love for him, then why are you fighting now? Where were you when our relationship was ending? Today, I am being blamed, but I am not at fault).”

She further added, “But stop blaming me for anything. Kyunki main kahin hoon hi nahi scene mein. Main thi hi nahi kisi ke life mein itne saalon se. Par meri ek responsibility thi uski taraf aur maine woh poori ki hai achchi tarah se (I am nowhere in the scene. I was not in his life for all these years. But I had a responsibility towards him which I fulfilled).”

Sushant died by suicide on June 14, 2020, and currently, the Central Bureau of Investigation is investigating his death case.

Also Read: Ankita Lokhande sizzles in a black bikini by the pool in latest photos; Says ‘Let them wonder about you’