Ankita Lokhande did a live chat session with fans last night. Some of the questions were related to late Sushant Singh Rajput. It is evident that the actress has fond memories of him as she treated fans to some untruly unseen pics. One of the best clicks is one of Sushant Singh Rajput doing a video call with her from the sets of MS Dhoni: The Untold Story. Dressed in a green shirt with a backpack, he has the wonderful smile that is now etched in a million hearts. The pics left fans damn emotional. Ankita Lokhande was in a relationship with him for six long years. Also Read – Kangana Ranaut accuses movie mafia of creating a controversy around the mechanical horse in Manikarnika

She shared one more picture where she is posing with the late actor’s dad, KK Singh and sisters, Meetu, Priyanka and Shweta. The actress said she had been to Patna only once in the course of their six-year-long relationship. Fans will remember that after his demise that his father said that Ankita Lokhande was the only woman in his son’s life he ever spoke to. She is still in touch with his family members, which is seen from their interactions on social media. Ankita has shared one click where Sushant and she are dancing like crazy in what looks like a function. Also Read – Ankita Lokhande sends love to Sushant Singh Rajput’s niece, Mallika, after the latter pens an emotional note on his 35th birth anniversary

There is one funny picture where Sushant, Ankita, Natasha Redij, Rashami Desai and Nandish Sandhu can be seen dancing. It is just too cute for words. After his demise, Ankita Lokhande gave interviews to a few TV channels saying that the actor never suffered from depression when they were together. She reaffirmed that he was a soft-hearted and sensitive person. Ankita Lokhande also shared two adorable videos on the occasion of his 35th birth anniversary that happened on January 21, 2021. 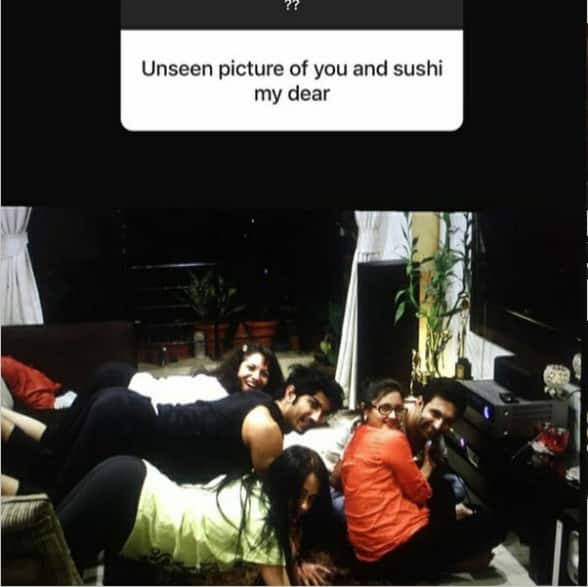 Fans are mesmerized seeing the fondness that Ankita Lokhande has for her former partner. They have said that it is not Pavitra Rishta but Amar Rishta.