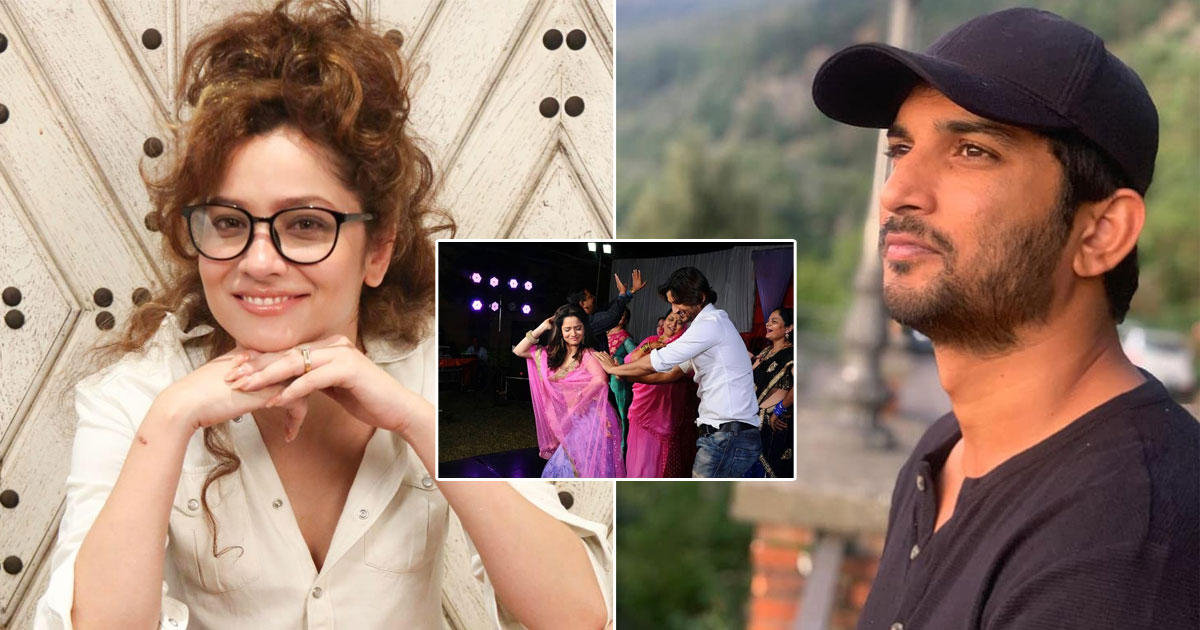 Ankita Lokhande recently connected with her fans over an interactive session on social media. During this meet, the TV-turned-Bollywood actress shared some of her fond memories with friends and family. While a couple were with current bf Vicky Jain, a few were with ex Sushant Singh Rajput and his family.

During the session, Ankita Lokhande shared some unseen happy pictures of herself with SSR. The Manikarnika: The Queen of Jhansi actress has also posted a few memories with the late actor’s family.

When asked for a memory of Sushant Singh Rajput, Ankita Lokhande posted a screenshot from one of their video calls taken during the shoot of MS Dhoni: The Untold Story. The actress shared a sweet, unseen picture dancing with Sushant when asked one word for the late actor’s fans. Along with this picture, she wrote, “Keep loving and praying for him and his family.”

Ankita also shared a picture with Sushant’s father, KK Singh and his sisters Shweta Singh Kirti, Priyanka Singh and Meetu Singh from a vacation trip. Fans took screenshots of Ankita Lokhande’s ‘Ask Me anything session’ and posted a couple of answers on Instagram.

Ankita Lokhande and Sushant Singh Rajput met on the sets of ZEE TV’s Pavitra Rishta and dated each other for six years. The couple mutually parted ways in 2016. Post Sushant’s sad and untimely demise in June 2020, the Bhaaghi 3 actress has supported SSR’s family in seeking justice for him.

Other than pictures with Sushant Singh Rajput, Ankita also shared some with boyfriend Vicky Jain and other memories. When fans asked her to describe Vicky Jain in a few words, Lokhande shared a love-filled pic. On it, she wrote, “No words to describe him <3 only one thing that I’m lucky to have him.” Check them out: