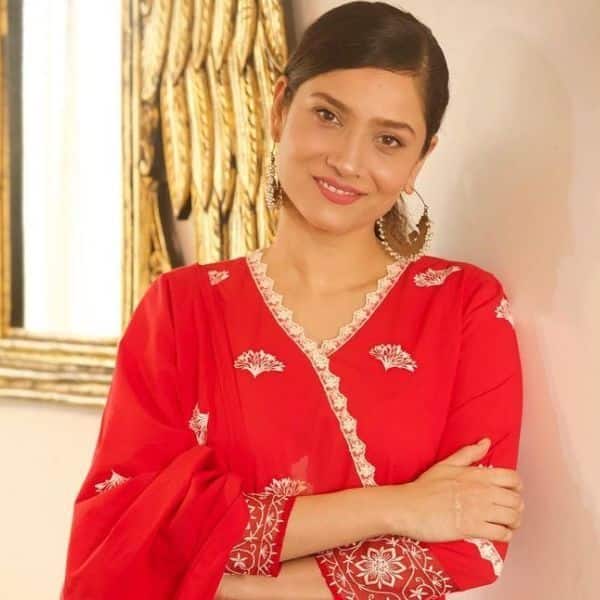 For a couple of months now, Ankita Lokhande has been facing a lot of trolls. The actress had been receiving a lot of hate on social media for celebrating her birthday, living her live and being in a relationship with Vicky Jain. Ankita Lokhande has been sharing a lot of cryptic messages and quotes giving it back to the trolls in her own way. And today, the Pavitra Rishta actress went live on her Instagram account to share an important thing with her fans. And it has a Sushant Singh Rajput connect. So, Ankita Lokhande went live at 6:30 am in the morning and revealed that she would soon complete a year of meditation. Yes, any Sushant Singh Rajput fan would know that the Chhichhore star was heavily into meditation. Also Read – Ankita Lokhande looks like an angel in white in her latest pictures

Sharing her experience with her fans, Ankita said that meditation had helped her a lot. She revealed she started meditation on 1 January 2020 and would complete a year in a couple of days. Ankita also said that she was never a morning person before and would wake up at 11 am in the morning. However, she changed her ways and began waking up at 4:30 in the morning. It is followed by her morning routine followed by meditation. Ankita Lokhande also added that earlier it was very difficult for her to sit at a place for a minute but post-meditation routine, she can now sit for hours on end. Ankita highlighted the importance of meditation saying, it is important to have a balanced mind. Also Read – Ankita Lokhande shuts down trolls; says, ‘Learn to be ok with people not knowing your side of the story’

Further, Ankita also spoke about the troll. She said she can see what people are saying and that it does affect her and hurt her badly a lot of times. However, she is okay, and she knows that she is a strong woman. Ankita Lokhande also said that if anybody had any problem with her, they could unfollow her or not come to her account. But most importantly, the Manikarnika actress said that people should “spread love and positivity.” Before signing off, Ankita asked her fans to do give meditation a try. Check out her video below: Also Read – Anupamaa’s Aashish Mehrotra on paying tribute to Sushant Singh Rajput with Ankita Lokhande; says, ‘It was a big thing for me to act like him on stage’

What do you have to say about Ankita Lokhande’s video? Let us know by tweeting @bollywood_life.