Another armed man has been arrested at a DC security checkpoint 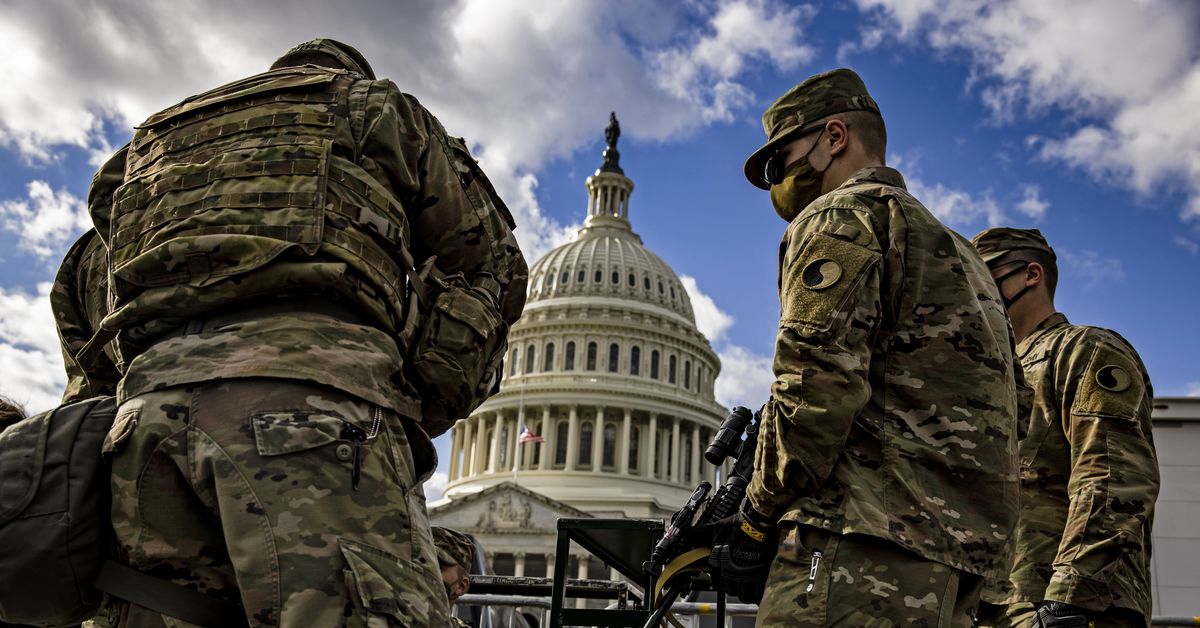 A 22-year-old man from Virginia, Guy Berry, was arrested while carrying a handgun, three high-capacity magazines, and 37 rounds of ammunition near the US Capitol on Sunday, becoming the third person detained by police this weekend amid heightened security measures put in place in response to the January 6 insurrection.

According to the Washington Post’s Laura Meckler, Berry’s weapon — a Glock 22 — was visible in a holster; his aunt told the paper, “He’s one of those open-carry people,” and added, “I keep telling him Black men can’t walk around with guns on his hip, but he doesn’t believe me.”

It is not clear why Berry was near the Capitol; according to the Post, he is a supporter of President Donald Trump, a fact he seems to display openly on what Meckler notes appears to be his Facebook page. His aunt said Berry has often shared his pro-Trump stance with her.

Washington, DC’s ABC News station reports Berry was arrested for having a handgun without a license, as well as for carrying high capacity magazines, and having unregistered ammunition. In the city, it is illegal to possess an unregistered gun, to openly carry a gun, to have a magazine capable of holding more than 10 rounds of ammunition, and to carry ammunition without having registered a gun.

Berry’s arrest follows that of fellow Virginian Wesley Beeler, who was arrested by US Capitol Police on Friday, also for having an unregistered Glock — and for providing what the department called an “unauthorized” inaugural credential at a security checkpoint.

Beeler has claimed that he is a security contractor hired to reinforce the National Guard troops, Secret Service, Capitol Police, and DC city police who have increased their presence ahead of President-elect Joe Biden’s inauguration. He told the Washington Post that having a gun on him was an “honest mistake” caused by his haste as he rushed to work.

“I pulled up to a checkpoint after getting lost in DC because I’m a country boy. I showed them the inauguration badge that was given to me,” Beeler said, adding, “I don’t know what the DC laws are. It still comes back on me, but I’m not a criminal.”

Saturday, Capitol Police made a second arrest, of a woman NPR reports is 63-year-old Linda Magovern, from Connecticut.

Magovern was reportedly stopped in her vehicle at a police checkpoint near Washington’s Union Station, which is only blocks from the US Capitol complex.

She is not reported to have had a weapon, but reportedly first told officers she was a law enforcement official, before telling them she was a member of the president’s Cabinet. According to police, she also showed them “a round metallic object later identified as a Military Police Challenge Coin” — a memento usually given to members of a military unit or police force for identification purposes, or to honor a member’s participation in a notable event.

According to the Washington Post, Magovern was evaluated by the DC Comprehensive Psychiatric Emergency Program before being jailed.

All three arrests come as security forces in Washington are on high alert. Following a delayed and criticized response to the insurrection at the Capitol, security around federal buildings has increased sharply, as Vox’s Alex Ward has reported. Newly erected fences surround much of the National Mall and Capitol complex, and the city is expected to host 25,000 National Guard troops by Inauguration Day on January 20. Thousands of police and Secret Service members are also on duty.

And as Vox’s Li Zhou has written, many parts of the city are simply inaccessible:

The Secret Service has also worked with local officials to facilitate a large number of street closures, according to the Washington Post, dividing the area around the White House, National Mall, and the Capitol into “red” and “green” zones. In the red zones, which encircle federal buildings and national monuments, traffic is limited to authorized vehicles; in the green zones surrounding these red zones, resident and business traffic is allowed.

Throughout both these zones are security checkpoints, where all three people detained were reportedly arrested.

Amid intelligence about possible threats, security is expected to remain tight, at least through the inauguration. And some newly instituted measures are expected to be more permanent. New metal detectors have been erected near the chambers of Congress — and, much to the consternation of some members, even lawmakers must go through them.