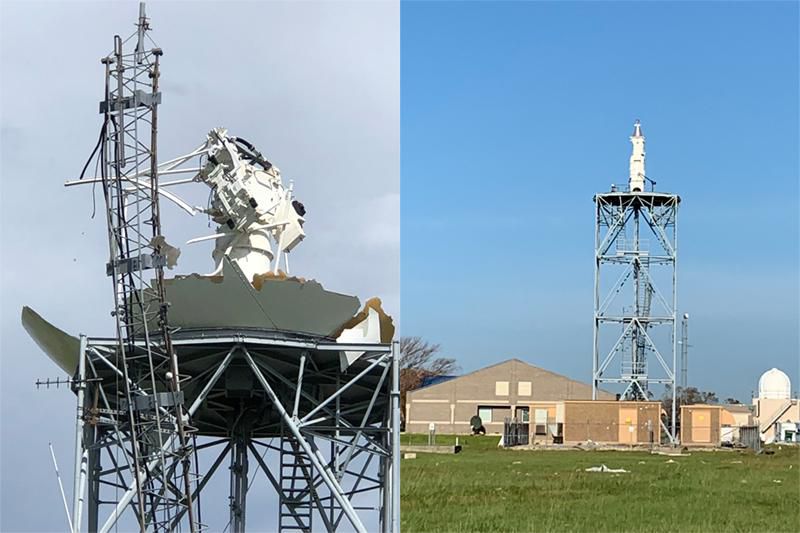 Meteorologists collectively held their breath on Wednesday morning as a severe thunderstorm rolled through Tallahassee, Florida. Each update from the weather radar, which is located on the grounds of Tallahassee International Airport, revealed a tornado heading straight for the airport. The radar went offline as the storm passed overhead and meteorologists feared the worst. Thankfully, the EF-0 tornado didn’t cause any injuries and it narrowly missed the radar tower. It was an incredibly close call that again revealed the fragility of the United States’ vital weather radar network.

The United States and its territories are covered by more than 100 weather radar sites operated by the federal government. This network of weather radars, known as NEXRAD, is critical to protecting life and property around the country. Without these radars, we’d be in the dark about hazards like severe thunderstorms, tornadoes, and flash floods, sending us back to the days where people regularly died as a result of having little or no advanced warning before disaster struck.

Forecasters use these radars to issue warnings that save countless lives every year. Yet, the very radars that provide crucial information about storms are just as susceptible to storms themselves.

All told, four radar sites in the NEXRAD network incurred serious damage during storms in the last 20 years, including a severe thunderstorm in southwestern Texas, a significant windstorm in western Nevada, and hurricanes that demolished the radars in Puerto Rico and southwest Louisiana. There have been plenty more close calls in just the past few years, including tornadoes that came within miles of the radars in Fargo, North Dakota, and northeastern Mississippi.

It’s a costly and time-consuming process to replace one of these radars if they’re knocked out by severe weather. The radar in Lake Charles, Louisiana, came back online just last week, five months after Hurricane Laura’s 150 MPH winds destroyed the dish in August 2020. The National Weather Service touted this return to service as two months ahead of schedule. It took almost nine months to replace Puerto Rico’s radar after it suffered a similar fate during Hurricane Maria in September 2017.

The vulnerability of the country’s weather radars compounds an existing issue of radar gaps in populated areas. Millions of people live beneath one such radar gap over central North Carolina. These gaps in low-level radar coverage can hamper forecasters’ ability to issue tornado warnings ahead of smaller tornadoes that form quickly and only last a few minutes. Congress directed the National Oceanic and Atmospheric Administration (NOAA) to address the issue of radar gaps in legislation in 2017, but NOAA’s leadership downplayed those concerns when they released their long-anticipated report in 2020.

Back to Top
Close Add post
X
Dogs Learn Words Quickly, But Only After Playing With Toys…ScienceThe border collie often tops lists of smartest dog breed. getty Learning an object's name after hearing it only a few times is one measure of intellig…

X
You Should Know About The Weird ‘Sextuple’ Star System Just Found By NASA Where …ScienceTESS previously revealed that Thuban, a former North Star, is also a eclipsing binary, as ... [+] illustrated here. Three such pairs make up a newly d…
close