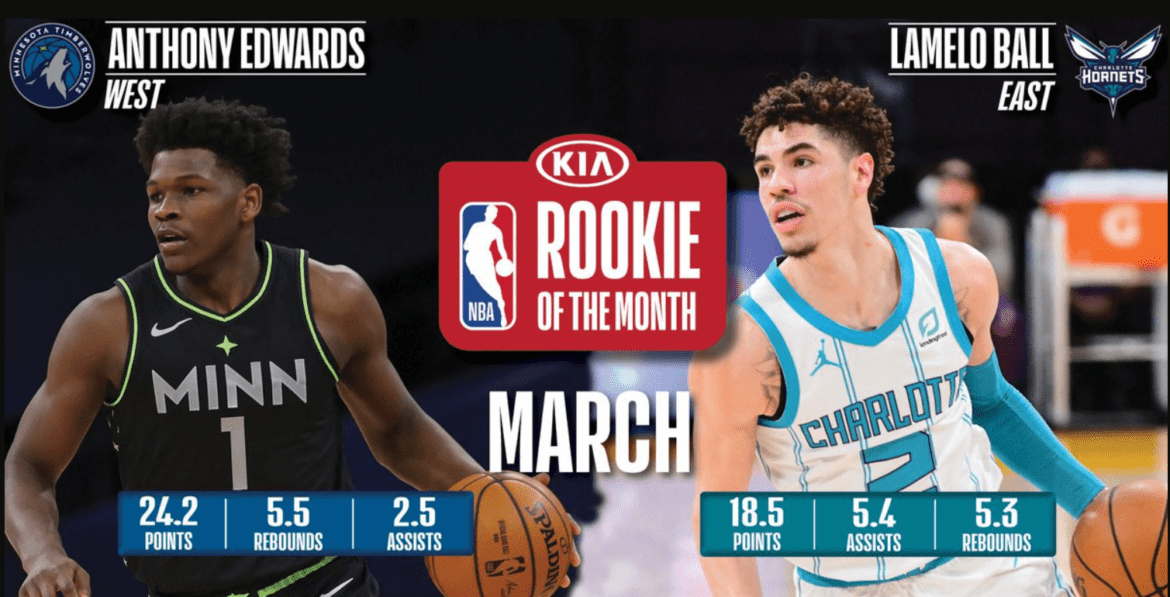 The Kia NBA Rookies of the Month for March! #KiaROTM

Edwards, the No. 1 overall pick, led all rookies with 24.2 points per game in March to go along with 5.5 rebounds, 2.5 assists and 1.6 steals over 13 games with the Timberwolves.

Kia NBA Rookies of the Month: LaMelo Ball, who was selected 3rd overall, played 8 games in March before he was sidelined indefinitely with a fractured right wrist. Prior to the injury, Ball was averaging 18.5 points, 5.4 assists, 5.3 rebounds, and 1.8 steals for the Hornets. 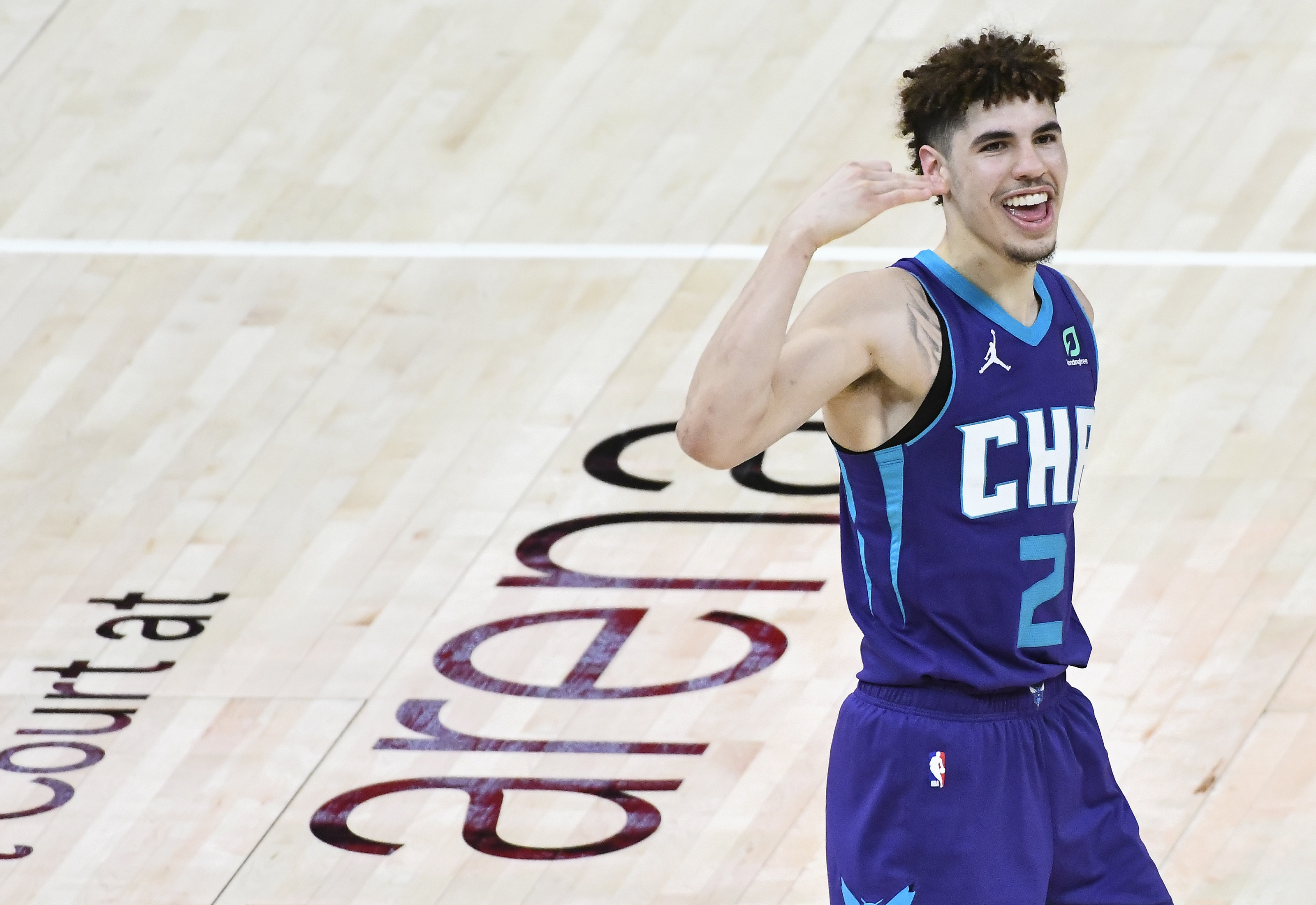 🕺🏾 3rd youngest player in NBA history to record 30-5-5
💕 Led all EC rookies in PTS and ALL rookies in AST and STL per game.
🛸 Only rookie in last 60 years to lead the league in total PTS, AST, REB & STL at the All-Star break.