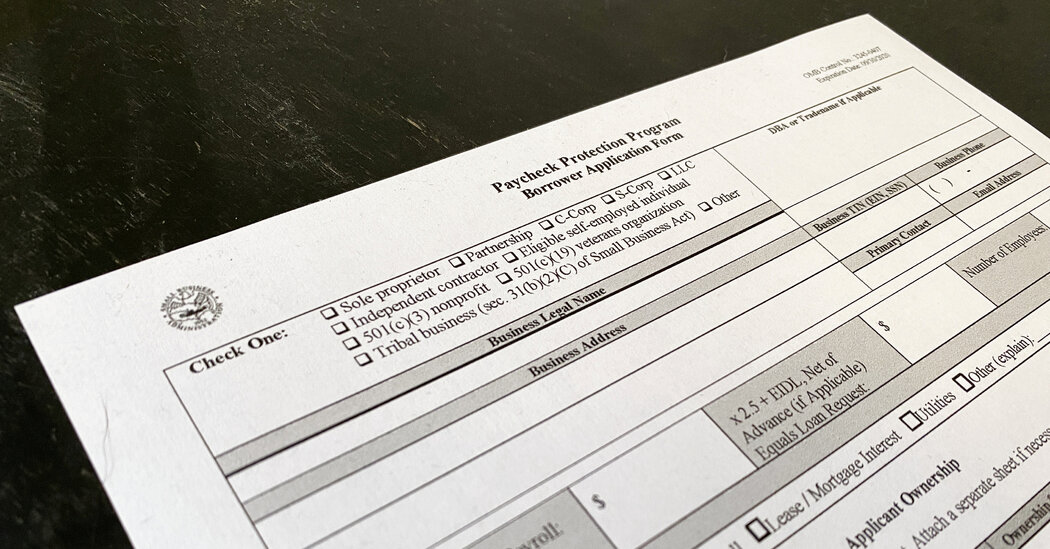 The Paycheck Protection Program’s loose rules allowed virtually any small business or company in America to qualify for a government-backed relief loan. Citizens and activist groups have criticized thousands of recipients that they deemed unworthy, including wealthy lawyers, politicians and political lobbyists, publicly traded companies and businesses under government investigation.

Now, an advocacy group that fights online misinformation is drawing attention to a group of loan recipients it finds troubling: anti-vaccine activists.

Six organizations that have challenged the safety of vaccines and made claims that scientists have called false received loans that collectively added up to more than $1.1 million, according to data from the Small Business Administration, which manages the program. (The data was released last month under a court order, in response to a lawsuit filed by The New York Times and other news organizations.)

The loans, which were made by banks and backed by the government, ranged in size from $72,500 to Dr. Tenpenny’s medical center to $335,000 to Mercola.com. They do not appear to violate Small Business Administration rules: P.P.P. loans were widely available to any small company or nonprofit (generally those with 500 or fewer workers) willing to certify that “current economic uncertainty makes this loan request necessary” to support their continuing operations.

The Center for Countering Digital Hate, a London-based advocacy group, uncovered the loans and alerted The Washington Post, which first reported on them. Imran Ahmed, the group’s chief executive, called it “bananas” that such groups were eligible for taxpayer-funded relief money.

“There’s an anomaly here,” Mr. Ahmed said. “The P.P.P. was needed to deal with the economic shock of Covid, and the anti-vaxxers fundamentally inhibit our ability to defeat Covid and move past this.”

Barbara Loe Fisher, the president of the National Vaccine Information Center in Sterling, Va., said by email that her group applied for the loan “when it became apparent that lockdowns and social distancing restrictions directly threatened the job security of a number of our employees and jeopardized continued rental of our Virginia headquarters office.” The group used the loan to retain all of its 21 workers, she said.

Ms. Fisher disputed the notion that her group is anti-vaccine. The organization “does not make vaccine use recommendations and encourages everyone to become fully informed about the risks and complications of infectious diseases and vaccines,” she said.

The Paycheck Protection Program distributed $523 billion to more than five million small companies from April to August to help them endure the shutdowns and other economic shocks caused by the coronavirus pandemic. So long as recipients use most of the money to pay their workers and comply with other rules, the loans are eligible to be fully forgiven and paid off by the U.S. government.