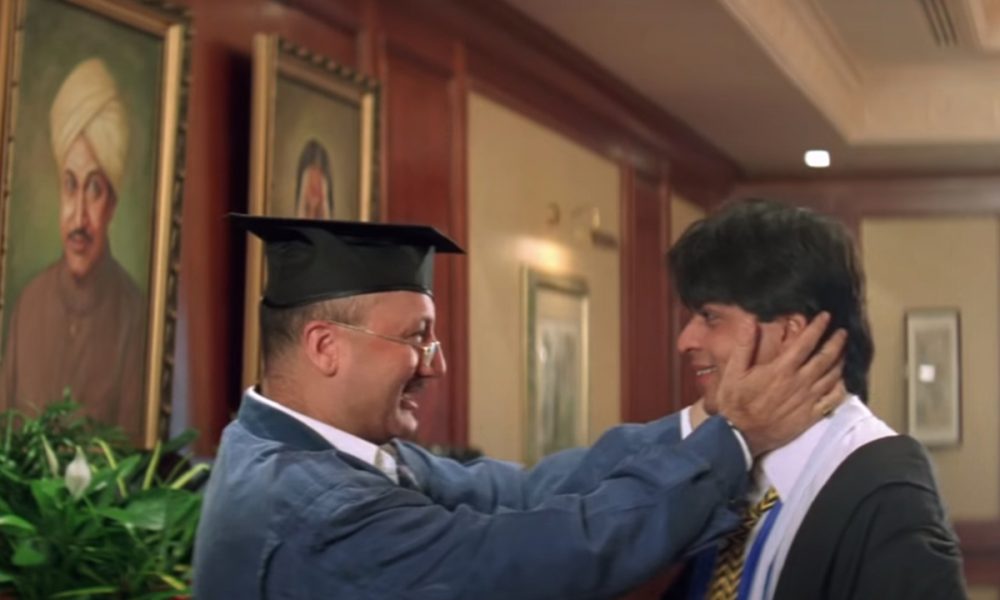 Veteran actor Anupam Kher on his social media shared a throwback picture of him and King of Bollywood, Shah Rukh Khan. He also used the space to tell everyone about the dynamics the both of them share.

As he added the picture, he also wrote, “There is something beautiful about unforced bonds; the energy is real!!” @iamsrk #Friends #Actors” In the picture Anupam can be seen seated on a chair while Shah Rukh Khan stood behind him while holding his head. Both of them looked happy and comfortable with one another.

“There is something beautiful about unforced bonds; the energy is real!!”😍🤓 @iamsrk #Friends #Actors pic.twitter.com/t5Wznz7dgK

Both of the actors have starred in multiple films together like Kuch Kuch Hota Hai, Jab Tak Hai Jaan, Veer Zara and so on. However, one of their most distinctive films has been the iconic ‘Dilwale Dulhaniya Le Jayenge’, where both of them set goals and won many hearts because of their strong father-son bond.