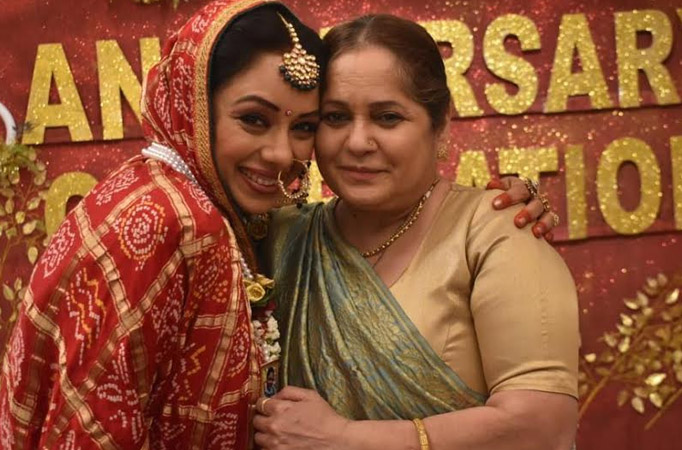 MUMBAI: Madhavi Gogate is seen as Kantaa Ben, Anupamaa’s mother, in Rajan Shahi’s “Anupamaa” and the actress shared that she loved the storyline of the hit show. She said, “I liked the character and I took it because it looked like a strong story to me and I did not think a lot about the success of the show but said yes just thinking about the character.”

In the recent episode, Kantaa Ben took a stand for her daughter and told her in-laws that she is taking her daughter away as she has already suffered a lot because of them and their son. Talking about it, she said, “It was long-awaited especially looking at all that Anupamaa has faced. She got to know about her daughter getting cheated on by her husband of 25 years by an outsider so her reaction was very obvious. It is a drastic change, but it is very natural to come from a mother who got to know the sufferings of her daughter.”

Asked if she relates to her on-screen character, she said, “At times I feel that I can somehow relate to this character’s emotions and thoughts, but I am very different from this character in personal life. Maybe this character is too strong and reacts in a certain way due to which I might be feeling it, but yes I do relate to it at certain times.”

And it’s not just the lead character, the other female characters in the show also portray strong women, sharing her thoughts on this, Madhavi said, “The show is about Anupamaa, her struggle, how strong she becomes after the betrayal and how she stands up for herself and chases her dreams, but on the other hand Kavya is a strong woman too who knows how to fight for her rights. For people seeing it from the outside she might come across as a negative character, but when seen from the other side she is also right. As a person, she has the right to choose whom she loves and choose her happiness. Though Kavya is being shown as the other woman, her portrayal is strong as well as right in a certain way.”

Sharing her experience of working with Rajan Shahi, she said, “This is the first time I am working with him and it feels so good. I was going to work with him in ‘Yeh Rishta Kya Kehlata Hai’, but things did not work out at that time.”

“He is a very nice person, the production house is very accommodating and the people working in the unit and the whole team with him are amazing to work with. Overall, I am overwhelmed to work with Rajan Shahi,” Madhavi concluded.

Anupamaa' looked like a strong story to me, I did not think much about the success: Madhavi Gogate